Memphis Mayor Says He was Targetted in Sex Trap

"There are individuals in this community who have decided that they want to control Memphis. ... He went so far as to suggest that his conspirators "might resort to what happened to Dr. King in Memphis," and that he had been advised by a friend to beef up his security.... " 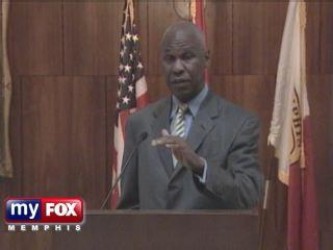 MEMPHIS, TN - Memphis Mayor Willie Herenton says unnamed conspirators tried to set him up for a sex scandal to undermine his re-election efforts.

The conspiracy, Herenton said, focused on a nightclub waitress who told police she was recruited by the mayor's enemies to entice him into a sexual liason.

He described himself yesterday as the "victim of a politically motivated conspiracy."

Herenton refused to name suspected members of the conspiracy but said he has called on Memphis police, the Justice Department and the governor to investigate possible criminal violations by his enemies.

Police said an investigation has begun into a report by Gwendolyn D. Smith that she was paid to try to entice the mayor and damage his reputation.

Herenton plans to run for a fifth term in November. 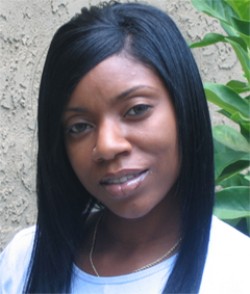 Gwendolyn Smith was paid by Memphis lawer Richard Fields to entrap Herendon, according to her confession to police ...

Memphis, TN (WHBQ FOX13 myfoxmemphis.com) - In a news conference this afternoon, Memphis Mayor Willie Herenton told reporters he "is the victim, unwarranted, but the victim of a well-orchestrated conspiracy designed to embarrass me in my elected capacity as mayor of this great city."

He went so far as to suggest that his conspirators "might resort to what happened to Dr. King in Memphis," and that he had been advised by a friend to beef up his security.

His remarks followed a newspaper report today suggesting that a longtime Memphis attorney, Richard Fields, had paid a former cocktail waitress, Gwendolyn Smith, to try to seduce him and to have it videotaped in an effort to embarrass him so badly that he wouldn't run for re-election.

He said he was "deeply disappointed that individuals in this community would stoop so low as attempt to embarrass him by such a diabolical and disgusting means."

"The agenda is to insure that Willie Herenton is not re-elected as Mayor of this great city for the fifth term. I understand that," he said. "I also understand that there are those in this community who would like to see me removed by any means necessary. I also understand that these self-righteous, hypocritical, do-gooders that comprise some important leadership roles wil also resort to any means necessary, they will provide financial resources to help accomplish this goal to try to embarrass me as mayor and make the public think that I am less than desirable to continue serving this great city as mayor."
"
"There are individuals in this community who have decided that they want to control Memphis. They cannot control Memphis as long as Willie Herenton is the mayor," he said.

"You can't get him with Tennesseee Waltz because he doesn't waltz like that," he said of himself.

Stonefaced, Herenton also used strong language about a "high-placed official" who - he says - he's "going to put him on notice when he raises his head." He didn't name the individual in his remarks.

The allegations, he claims, are connected to the pending Mayoral election. "This mayoral race 2007 divide-and-conquer tactic ain't gonna work. We struggled too hard. We struggled too hard to get to where we are today. White people have wealth in this country. Black people are economically disenfranchised."

Gwendolyn Smith, the woman at the center of this most recent scandal, referred all questions to the Carter Malone group, a local agency operated by Shelby County Commissioner Deidre Malone.

A representative of the group says they are not representing her, but that she and Malone are acquaintances.

Smith, a mother of three, is a former student at Christian Brothers University and according to a family member is currently unemployed. Before working at Platinum Plus, Smith has said that she was employed by Pinnacle Airlines.

Smith has sent a complaint to the District Attorney General's office.

General Bill Gibbons' staff acknowledges it has been received, but Gibbons is out of the office and won't discuss it until he returns next week.
http://www.myfoxmemphis.com/myfox/pages/News/Detail?contentId=3492202&version=21&locale=EN-US&layoutCode=TSTY&pageId=3.2.1