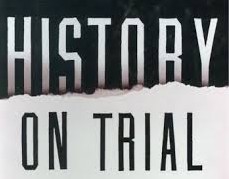 There’s trouble a’brewin’ over at Reddit – a site whose reputation as a beacon of civil discourse is, shall we say, not exactly spotless. Considering its largely decentralized structure, enormous active user base, and mind-bogglingly high traffic, some degree of terrible behavior is probably to be expected – this is the internet, after all. Still, after Gawker writer Adrian Chen’s stomach churning exposé on Reddit power-user ViolentAcrez and Reddit’s subsequent anti-Gawker backlash, one would hope the Reddit overlords would be a little more hands-on when it came to monitoring their crop of “mods,” the Sub-Reddit moderators who maintain and administer the various interest-based communities which make up the entirety of the site.

This week, Redditor pimpst1ck posted a lengthy, well sourced chronicle of his dealing with a group of “squatzi” Mods who squat a network of sub-Reddits, virtually ignoring them except to pepper pages with links to Holocaust denial literature, and other charming content. Says Mr. pimpst1ck:

A couple of weeks ago, a /r/badhistory user discovered that the domains for /r/holocaust, /r/shoah and /r/jewishstudies were all owned and run by a group of Holocaust Deniers, a phenomenon which is morally abhorrent for obvious reasons. Several of us realised, however, that the mod team was largely inactive beyond using the sidebar to link to Holocaust Denial websites and “resources” and having a few old posts lingering on the page. The mod team had become so inactive that most material ended up being generated by myself and several other /r/badhistory users linking to websites refuting Holocaust Denial including the Holocaust-History Project and the Holocaust Controversies blog. Under reddit rules, inactivity from the mod team for over 60 days is grounds for a request to be made for taking over the modship of a subreddit, which I did for /r/holocaust for moral reasons, but also because I study Holocaust history and thought I could turn it into a valuable source hub for other students and interested peoples.

He then goes on to list the Mods “managing” these pages. Mods who,  under the rules of Reddit – which require regular activity to justify mod-status – were theoretically subject to removal from their positions:

What’s more, it turns out that the aforementioned Redditor soccer is a mod on the very popular /r/xkcd subreddit (nearly 50K members) and has been, evidently, up to some shenanigans there as well:

While this may seem like the problem is limited to smaller subreddits, the recent drama with /r/xkcd demonstrates this is not the case. Basically, it was noticed that several innocuous links on the sidebar which claimed to link to related subs such as /r/science and/r/askhistorians in fact actually linked to these subs:

It had been noticed earlier upon which the head mod, you guessed it, /u/soccer banned the users and deleted the comments which disagreed with him.

In other words, a small cadre of Reddit users who have been empowered to moderate and police their own fiefdoms have been, in fact, “squatting” on a number of popular and/or culturally sensitive sub-reddits, with the seemingly explicit purpose of stifling actual conversation and instead directing traffic – sometimes using false links – to some of that site’s seamier corners (The /r/MensRights forum, for example, is a wonderful resource for people who want to feel good about hating women). Complicating matters is Reddit’s ethos of largely tolerating offensive content in the name of free speech – an ethos that has arguably contributed to flashes of antisemitism/anti-zionism/anti-whateverism which, from time to time, percolate up from Reddit’s underbelly into its broader, more “refined” communities.

Reddit has done some remarkable, wonderful things, and is, for better or worse, a major player in terms of web influence and traffic. With that in mind, these charges should be particularly troubling for those under the Pollyanna-esque impression that the site represents the best and brightest of internet utopianism. It’s well worth reading pimpst1ck’s full post, both for a sense of the full scale of the issue, a list of all the sub-reddits being occupied by “squatzis,” and a link to his petition to (at least begin to) clean things up.

And then when you’re done with that, get off reddit and spend some time on the (better than ever) digg, instead. 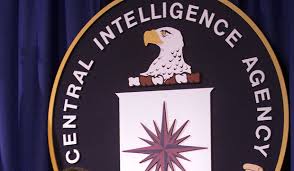