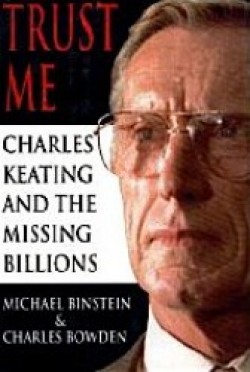 Lincoln's failure would ultimately cost taxpayers $3.4 billion, the most expensive rescue of the S&L crisis in the late 1980s.

Two years before Lincoln went under, McCain and four other senators, at Keating's request, pressured bank regulators at two meetings to ease up their investigation of the thrift. A subsequent Senate Ethics Committee investigation of the meetings concluded that McCain had been guilty of only "poor judgment." He did not do as much for Keating as other senators, the panel found.

But of the five senators, McCain was closest to Keating, a Phoenix businessman. In addition to accepting more than $150,000 in campaign contributions from Keating and his associates, McCain and his wife had vacationed at Keating's Bahamas retreat and repeatedly flown on his jet. (McCain subsequently repaid the cost of the travel.) Cindy McCain and her family were also investors with Keating in a shopping mall developed by one of Keating's companies.

And in the years preceding the meetings, McCain had fought against tougher regulation of the S&L banking sector, a key priority of Keating's. ...

My late Mother a devout Irish catholic who attended mass daily thought the world of Charles Keating. He was a very public supporter of Mother Teresa and catholic charities here in Phoenix. She assumed as did many of the elderly that since her banker said the bonds were government insured and he worked for that nice Mr Keating her money would be safe.

According to one of the regulator in charge of the investigation into the collapse of the savings and loan industry, Senator John S McCain was the single individual who most used the power of his office to influence and shield his close friend from the scrutiny of regulators attempting to investigate what became a scandal that eventually cost my Mom tens of thousands of dollars.

The historical facts are indisputable. Keating made contributions of $1.3 million to various U.S. Senators, and he called on those Senators to help him resist regulators. It worked the regulators backed off while Keating attempted in vain to cook the books and prevent the toppling of his corrupt financial empire.

Between 1982 and 1987, John S McCain received $112,000 in political contributions from Keating and associates in addition, McCain’s wife Cindy and her late father a reputed associate of the late Kemper Marley . invested $359,100 in a Keating shopping center in April 1986, a year before McCain met with the regulators.

John McCain and family, nanny included often made weekend trips to Keatings Bahama retreat aboard Chucks Learjet. A fact John failed to disclose despite a law that required him to report trips and gifts he received. Only after the scandal broke was an embarrassed John McCain forced to amend prior disclosure statements to include at least nine trips and more then ten grand in travel expense his friend Keating covered.

To John’s thinking he was completing exonerated by the Senate investigation into the scandal because a deal was made behind closed doors that limited his official punishment. But facts which are a matter of public record, color John McCain as a Senator eager to use his office to protect a crook. A crook who saw to it that hundreds of thousands of dollars ended up in the McCain family bank account.

Which I speculate is the reason Cindy McCain refuses to release tax returns or disclose financial information when every other candidate and spouse has already done so. 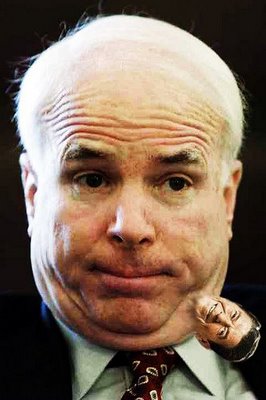 WASHINGTON—Nearly 20 years of John McCain's contrition over his role in a 1980s banking scandal vanished this week in 17 minutes and 30 seconds. It took that long for John Dowd, McCain's lawyer in the Keating Five investigation, to make the mea culpas disappear in a telephone conference call with reporters.

Dowd said Monday the Arizona senator, now the Republican presidential nominee, was the victim of "a classic political smear job" and a "cheap shot" by Democrats who investigated him. The lawyer said the Democratic chairman of the Senate ethics committee during the investigation was a "stooge" of his leadership.

When a reporter pointed out that Dowd's comments seemed at odds with McCain's history of contriteness, Dowd blew right through the trap -- in a way that allows McCain to offer new mea culpas in the future.

"I'm his lawyer and I have a different view of it," Dowd said. "I understand why John feels the way he does. He feels this was an embarrassing and humiliating matter." The "matter" was the committee's investigation of four Democratic senators and Republican McCain, which ended in 1991. All had accepted contributions from Charles Keating Jr., a real estate speculator and savings and loan owner who became the national symbol of greedy thrift owners. Keating's Lincoln Savings and Loan was among many institutions that failed, and the uninsured financial products he sold cost many investors their life savings.

McCain and Keating -- whose real estate company was in McCain's home state of Arizona -- were social friends and political allies. McCain raked in $112,000 from Keating, his family and associates in his early campaigns. The senator and his family -- and even his daughter's baby sitter -- flew in Keating's company plane to the Bahamas and elsewhere.

In the events that triggered the Senate investigation, McCain and the other senators took up Keating's cause with financial regulators in 1987 as they were investigating the businessman and referring possible criminal charges to the Justice Department. Keating eventually went to prison for financial wrongdoing.

An embarrassed McCain repaid $112,000 to the U.S. Treasury and reimbursed Keating for all the trips. The senator said he believed that Keating had previously been reimbursed for the trips, but he had not been.

McCain clearly was shaken by the experience. During an interview with a reporter during the inquiry, the senator paced back and forth in his office, his step quickening as his anger rose. He was furious about Keating, a one-time friend who had called the decorated Vietnam POW a wimp for not doing more to get financial regulators off his back.

McCain also was furious at himself for walking into a scandal that almost sank his career.