Mariupol is a Harbinger - The Constantine Report
0 SHARES

The Blacklist » Mariupol is a Harbinger

Mariupol is a Harbinger 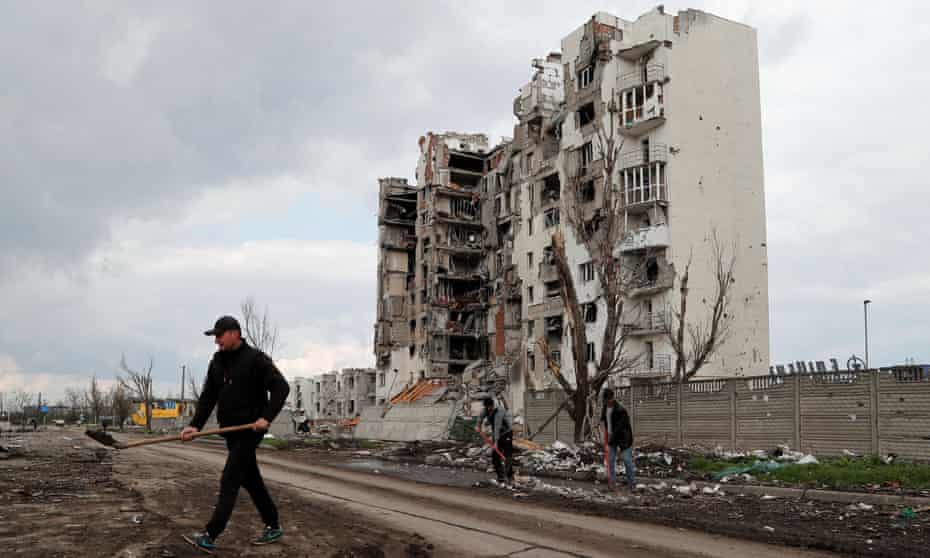 German industrialist Fritz Thyssen played an integral role in the militarization and financing of the National Socialist party. Thyssen's description of Hitler: "He believes that he alone is a great man, and all others non-entities."

Fits Putin and Trump to a 'T.' They were both, like Hitler, ridiculed early in their political careers. Trump was a carnival barker. Putin began his run for president with popular support in the 3% range. In his book "I Paid Hitler," Thyssen wrote that the European powers belittled him at first. "Then "they appeased him; then they tried confusedly to unite against him; then they made separate treaties with him; then finally, having made them as helpless as possible by fraud, he took them over by force or the threat of force."

The Ukrainians giggled over Putin initially, then their controlled leader appeased him. For eight years they tried to unite against Putin at the border, overthrew the poppet dictator, entered into a treaty to be passive. They relinquished their nukes to uphold the treaty. The Ukrainians were then as helpless as possible because the treaty was fraudulent.

Putin then set about to take the country over by force. It was the Hitler strategy described by Thyssen, step by bloody step, and it culminated in genocide, exactly as Hitler's war on Europe did.

The laughter over Hitler gradually segued into screams, political oppression, and 50 million dead. It was dittoes with Putin, but the body count is just beginning. Zelensky has warned repeatedly that Ukraine is just the beginning. And so, as world leaders consider the appropriateness of intervention, recalling Hitler's strategy for international domination is critical.

Putin has spent years grooming Trump, worming his way into alliances with East European autocrats, doling out funds, stolen from Russia's proles, to neo-fascist movements around the world. Some of the most popular propagandists at Fox News support the genocide in Ukraine. Sixty-three duly elected Republicans in the House support Putin and the marionet of Mar-a-Lago. The reiteration of Hitler is making his move.

So what worries the GOP? Exposing children to the word "gay," and any acknowledgement of African-American suffering. Hunter Biden. Little cloth masks. George Soros, Election fraud fantasies. Books that don't flatter the jingoistic boobocracy, and need to be banned or burned.

The mass graves in Ukraine are harbingers. American naivete, programmed stupidity and self-indulgence will give rise to the demise of democracy.

Mass extinction is on the verge going autonomic. The fat, soulless seditionist on the road back to the White House would burn us all down to enhance his net worth.

Trumpers, comfortable in their rabbit holes, will deny, of course. The residents of Mariupol also denied a few months ago.

Where are they now?