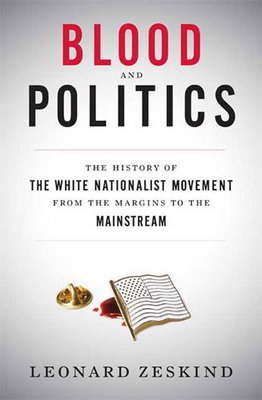 Leonard Zeskind’s book Blood and Politics is summed up in its subtitle: “The History of the White Nationalist Movement From the Margins to the Mainstream.”

Zeskind attempts to trace the lineage of the ultra-right in the United States and interpret it as a historical movement rather than spikes of violent activity. He also works to show how some ideas, such as anti-immigration, have seeped into American political life.

Zeskind established the Kansas City-based Institute for Research & Education on Human Rights. The book is being published by Farrar, Straus and Giroux.