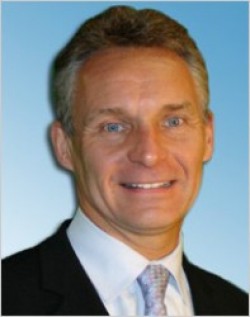 Jules B. Kroll has turned up in some of the most visible cases involving corporate forensics.

Jules B. Kroll in 1994. Clients of his corporate intelligence company have including the government of Kuwait. It hired the firm to find Saddam Hussein’s hidden assets.

It all started 36 years ago, after Mr. Kroll made a bid to become a councilman at large in Queens but failed. Drawing on his background as a former assistant district attorney in Manhattan and his experience in the family printing business, he began consulting for corporate purchasing departments that were concerned about inefficiency or were suspecting corruption.

Mr. Kroll and the firm that emerged, Kroll Inc., became pioneers in modern corporate security and intelligence. Now, at age 67, Mr. Kroll is retiring from the company, which was acquired by the Marsh & McLennan Companies in 2004.

He says his most memorable case was when the Kuwaiti government hired the firm to look for Saddam Hussein’s hidden assets and arms procurement network after Iraq invaded Kuwait in the early 1990s. Forty people worked full time for two years digging into public filings as part of that effort, Mr. Kroll said.

His firm also did work for the family of Roberto Calvi, a financier with ties to the Vatican who was found hanging from a London bridge in 1982. (First ruled a suicide, the death was later called a murder and remains unsolved.) Kroll also worked for a government-appointed administrator in Italy after $5 billion assumed to be in a bank account of the dairy company Parmalat was found not to be in the account. (Parmalat sued its banks; the banks denied wrongdoing.)

Mr. Kroll said technology had made his work more accurate and efficient in recent years. But, he added, people are crucial: “Technology is no substitute for a really good source.”

NPR Reveals Romney Bankrolled by Big Donors, Not Small Ones

When the CIA Bankrolled Italian Intellectuals