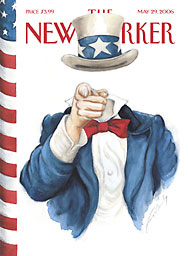 (AP) – 2 days ago WASHINGTON — A federal judge chastised the government Tuesday for striking a $3 million settlement over alleged CIA misconduct without punishing anyone.

U.S. District Judge Royce Lamberth, nevertheless, approved the settlement of the case, which had been brought by a former federal drug agent who accused the CIA of illegally spying on him when he was stationed overseas. T

he 15-year-old legal saga became an important test of the Obama administration's use of the so-called state secrets privilege, used to protect national security from exposure in the courts. By invoking state secrets, the government can have a lawsuit dismissed without an airing of any evidence of potentially embarrassing misconduct.

Lamberth said Tuesday that the payment, coming not long after a $6 million settlement with someone wrongly implicated in the 2001 anthrax letter attacks, is too costly to taxpayers to be swept under the rug.

"Again, it does not appear that any government officials have been held accountable for this loss to the taxpayer. This is troubling to the court," Lamberth wrote in his 11-page memorandum. The judge asked Attorney General Eric Holder to tell him whether the case will be referred to internal investigators for further examination. Specifically, the judge cited still-sealed information that there was misconduct in the offices of the inspectors general at both the State Department and Central Intelligence Agency.

The strange case began when Richard Horn, a former Drug Enforcement Administration agent, claimed the CIA illegally wiretapped his home when he was stationed in Rangoon, Burma in 1993. He said he became suspicious when he returned from a trip to find his government-issued rectangular coffee table had been replaced with a round one.

Horn claims Arthur Brown, the former CIA station chief in Burma, and Franklin Huddle Jr., the chief of mission at the U.S. Embassy in Burma, were trying to get him relocated because they disagreed with his work with Burmese officials on the country's drug trade.

The CIA has not said in court filings whether or not it monitored Horn, but Horn claims he was monitored without lawful authority and in violation of his constitutional protection against unreasonable searches and seizures.

Seeking the have the lawsuit thrown out, the government invoked the state secrets claim. Lamberth rejected the move, but government lawyers reasserted the privilege on different grounds, getting an appeals court to overrule Lamberth on the issue.