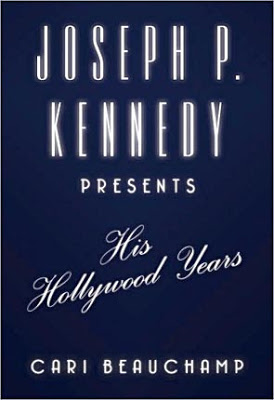 You can't beat the Kennedy dynasty when it comes to enduring fascination. The Bush clan might have pulled ahead of them by putting two presidents into the White House. But even during inauguration week, when you might have thought all eyes would be on the Obama family, up popped not one but two Kennedys (Edward and Caroline) to grab some of the spotlight.

And when it comes to progenitors, how can the worthy Sen. Prescott Bush compete with Joseph P. Kennedy: tycoon, bootlegger extraordinaire, ambassador to the Court of St. James's and world-class philanderer? Now, along comes this immensely detailed and equally immensely enjoyable book to tell us that he was a player in the film business as well:

"This is the man who took Hollywood by storm, at one point running four companies simultaneously when no one before or since ran more than one. ... He was the architect of the mergers that laid the groundwork for today's Hollywood. While he might be surprised to find that United Artists, Metro-Goldwyn-Mayer, and Columbia are now all partially owned by the same multinational conglomerate, he was the one who designed that very blueprint. Kennedy was the first financier to simply buy a studio."

So apparently he was not only the founding father of all those Kennedys, but also of Hollywood, almost as significant in shaping our culture as our politics!

Cari Beauchamp, who has written perceptively about the movie world for many publications and in her groundbreaking book Without Lying Down: Frances Marion and the Powerful Women of Early Hollywood, has a way of writing about the goings-on in boardrooms that makes them easy to follow and fascinating: "[Kennedy] saw everything and everyone, from Gloria Swanson to Adolf Hitler, through a lens of dollars and cents."

Of course, it helps when you have as colorful and dynamic a character as Joseph P. Kennedy at the center of things, crude and confident, wheeling and dealing - and making money hand over fist:

"When he first arrived in Hollywood in 1926," writes Beauchamp, "no one knew Joe Kennedy as the man he would become; he wasn't that man yet. He was already more than well off, always meticulously dressed and chauffeured in his Rolls-Royce, but he had yet to accumulate his fortune. His wealth was estimated at a little over a million dollars and he would increase that tenfold over the five years he was immersed in the film industry. When Kennedy left Hollywood, 'he already had so much money that making the rest of it, which must have been many millions, was almost a routine affair.' " 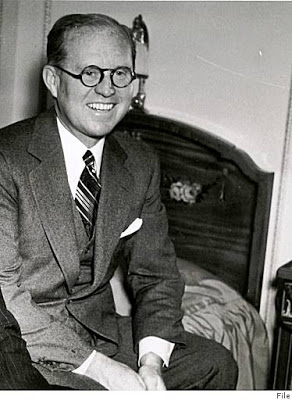 It is clear from Beauchamp's account that Kennedy's foray into films established his fortune and enabled him to move into higher circles of economic and political power and thus enable his dynastic ambitions.

Readers need not fear, however, that "Joseph P. Kennedy Presents" is all about boardrooms and money. Movies mean actresses, and Joe Kennedy - his wife and multitudinous children notwithstanding - acted like a greedy kid in a candy store. Beauchamp serves up with gusto many measures of gossipy history and historical gossip, and even if you've read widely on this topic before, you'll still enjoy them here. And she doesn't limit herself to her protagonist or his locust years: Her account of Marlene Dietrich's White House romp with President Kennedy sizzles with a piquancy made all the more acute by his obvious need to compete with his father. And Jack had a lot to live up to: "With his father 'you felt not just that you were the only one in the room that mattered,' " recalls Joan Fontaine, " 'but the only one in the world.' "

In the story of Joseph Kennedy's creation, manipulation and ultimate destruction of Gloria Swanson's career - and to some extent of her life as well - Beauchamp marshals all her skills to tell one hell of a story. Kennedy's involvement with Swanson was white hot, his affair passionate, his attention to her career intense, for better or for worse. It is interesting that the cover of the book has a picture of him with her hapless French husband, the grandly named Marquis de la Falaise de la Coudraye, described pithily by Beauchamp as "the perfect aide-de-camp" for Swanson. When she discovered that he was involved with fellow movie queen Constance Bennett, her outrage was in no way mitigated by her own flagrant involvement with Kennedy:

"Farce or high drama, it must have been quite a scene with Gloria claiming outrage that her husband was sleeping with another woman when the man she was cuckolding him with was sitting opposite them. Henri could hardly call her on it with Rose [Kennedy's wife] there as well, so he simply withdrew to another room while Joe went into action, calming Gloria."

Kennedy had a knack for profiting at the expense of others, and this book provides plenty of chilling incidents that show how ruthless he could be in pursuit of his goals, handy with coercion, blackmail and sinister threats. By the time he'd finished with Swanson she was ruined, but she had learned a hard lesson: Ever after, "you should have seen that woman read a contract. She made sure she understood every single word." So apparently, in addition to all his other roles, Joseph P. Kennedy was also a great teacher - in his own particular school of hard knocks.

Martin Rubin is a California biographer and critic. E-mail him at books@sfchronicle.com.