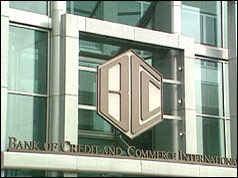 Editor’s Note: This is the second installment of David DeGraw’s new book, “The Road Through 2012: Revolution or World War III.”

To get a more complete understanding of our current crisis, we need to look at the history of events that led up to it. We need to peer deeply into the inner workings of the Global Banking Intelligence Complex. Without acknowledging and exposing the covert forces that are aligned against us, we will not be able to effectively overcome them.

In the past I have shied away from going too deeply into the details of the intelligence world out of fear of being written off and dismissed as a conspiracy theorist. If I hadn’t spent the majority of the past 20 years investigating global financial intelligence operations, I certainly wouldn’t believe half of this myself. Given the severity of our current crisis and the imminent devastating implications, I now realize that I must go deeper into covert activities than I publicly ever have. The information I am about to report is very well-sourced and documented, and needs to be covered before we can proceed to exposing present operations. …