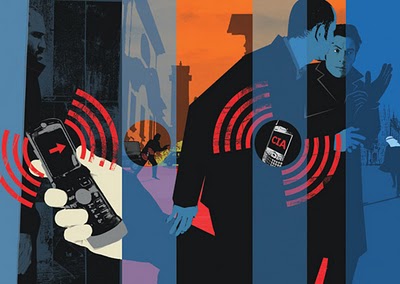 Nearly 14 years after a CIA employee’s strangled body was found in a car trunk, her husband has been charged with her murder.

Singleton-Jackson’s body was found Nov. 16, 1994, in the trunk of her Saab at Dockweiler State Beach. Intrigue swirled around the case because the mother of four worked as a communications analyst with the Central Intelligence Agency.

The FBI’s Fugitive Task Force in Los Angeles traced Jackson to Tempe, Ariz., where he was arrested last week. He has waived extradition and will be arraigned Wednesday in the Torrance branch of Los Angeles County Superior Court.

Sal Hernandez, who heads the FBI office in Los Angeles, credited Inglewood detectives for reopening the case and developing solid leads that made it solvable.

Jackson was initially the prime suspect in the killing, but investigators said there wasn’t enough evidence to file charges. The FBI also concluded the death wasn’t job related.

Jackson couldn’t be found, but his son Andre Jackson Jr. was arrested by Hawthorne police in an unrelated crime and investigators got a warrant to take a blood sample for the homicide investigation.

The analysis of the younger Jackson’s blood, when compared with blood found at the crime scene, revealed he was related to the man presumed to be his mother’s killer. An arrested warrant was issued April 8 for the senior Jackson.