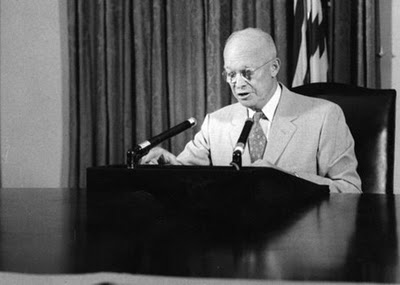 "Should any political party attempt to abolish social security, unemployment insurance, and eliminate labor laws and farm programs, you would not hear of that party again in our political history.

"There is a tiny splinter group, of course, that believes that you can do these things. Among them are H.L. Hunt (you possibly know his background), a few other Texas oil millionaires, and an occasional politician or businessman from other areas. Their number is negligible and they are stupid."

For a full discussion, see: http://www.snopes.com/politics/quotes/ike.asp