Trillions to Burn: A Quick Guide to US Defense Spending 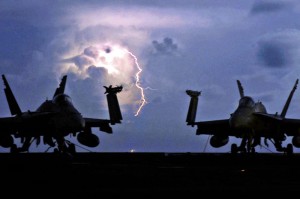 WASHINGTON – February 15 – Can the Pentagon do with less?  That’s the question addressed in a web memo just released by the Project on Defense Alternatives.  In nine charts, Trillions to Burn? A Quick Guide to the Pentagon Budget Surge, challenges the necessity of current levels of US defense spending.  Both the document and the charts are designed to be downloaded, shared, and re-posted.

The memo comes in the wake of the Obama administration’s decision to freeze the top line for discretionary spending, excepting defense expenditures.  The administration has proposed a record $708 billion budget for the Pentagon in 2011.  “America needs to know that this level of expenditure does not reflect the nation’s security requirements in any absolute sense,” said PDA co-director Carl Conetta.  Instead, the memo argues, national leaders beginning in the 1990s have inflated the Pentagon’s goals and missions, failed to set strong priorities for weapon procurement, and saddled the armed forces with occupation duties that are driving personnel costs through the roof.

The memo’s nine charts also graphically put these decisions into the context of the nation’s debt burden, and they show how US military spending compares with that of the rest of the world.

“The Pentagon has been exempted not just from the spending freeze, but also from routine standards of budget accountability,” according to Conetta.  “It’s a remarkable combination,” he says, “and it reflects a failure of oversight as grievous as that which led to the meltdown of our financial system.”

Download the memo and charts:  Trillions to Burn? A Quick Guide to the Pentagon Budget Surge, nine charts, 3200 words.  The Project on Defense Alternatives has offices in Cambridge MA and the Washington DC-area.