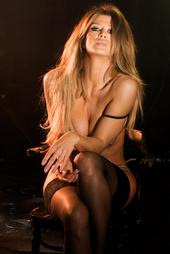 " ... Amber started working at age eleven (and at Hooters at age fifteen) in order to provide income after her father left and her mother started becoming debilitated by drugs. Mc Kibben's mom taught her how to do coke when she was fifteen; she literally showed her how to physically make a line and snort it. If anyone can figure out some funny comments about forced child labor or gross parental negligence e-mail them to Tvgasm.com and maybe someone will read them before transferring them to their recycle bin. ... "http://tv.blogdig.net/archives/articles/November2008/20/Celebrity_Rehab__Amber_Smith_s_Supple.html 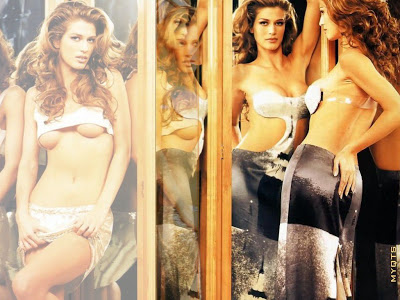 Smith was cast in her first film role in Paul Mazursky's Faithful, on a referral from Robert De Niro that stemmed from her Casino auditions. She also appeared in The Funeral, directed by Abel Ferrara, and Barbra Streisand's The Mirror Has Two Faces. She played Susan Lefferts, a Rita Hayworth lookalike, in Curtis Hanson's L.A. Confidential. Smith's resemblance to Hayworth came into play again with a role in HBO's cable telefilm The Rat Pack. She also had a role in American Beauty. Her biggest role to date has been as the star of the Cinemax t.v. series Sin City Diaries, which debuted in 2007. She played Angelica, a Las Vegas entertainment consultant who plans activities for casinos' high-roller guests. Overall, she has played various roles in several 1990's feature films and t.v. series. Since 2000, she has appeared primarily in films.http://www.martyangelo.com/amber_smith.htm

When Anheuser-Busch chose Amber Smith as the spokesperson for their new Michelob Ultra Amber lite beer, they were on a mission. Through posters, life-size standees and Point of purchase promotional materials; Amber image will be plastered across the nation. But it's the 20 city "Meet Amber" tour that delivers on the campaign title!

A gifted high school student with a 155 I.Q, Amber was discovered at an International Modeling Convention. The 15 year old was and soon flew to Paris where she worked hard and often, and established a reputation for being passionate and expressive both on film and in print.

Amber's "exotic" good looks drew the attention of top photographers such as the infamous Helmut Newton, but it was her chameleon-like quality that made her the cover girl of a wide range of magazines including Vogue, Elle, Esquire, Maxim and Playboy. Amber walked the runway for Chanel and represented Loreal Cosmetics and Wonderbra in their national advertising campaigns. 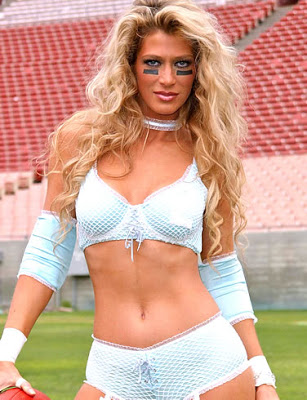 She then achieved the ultimate accolade for a fashion model: appearing in the coveted role of Sports Illustrated swimwear model. She has produced four award-winning Calendars, two nationally released posters and a modeling documentary DVD Amber Smith Raw (available in stores.) Amber has already completed two movie scripts, and has a started on a how-to book that will contain her own stories, detailed experiences and opinions on the modeling and entertainment world.

After ripping through the modeling world, she added acting to her resume. She has worked with such acclaimed directors as Curtis Hansen, Abel Ferrara, Paul Mazursky and Barbra Streisand and landed parts in two Academy award winning movies: L.A. Confidential and American Beauty - as well as a host of others. Her television credits include Just Shoot Me and Friends (as "Amber Smith, Supermodel").

In 2005, E! Entertainment chose Amber for a Reality show pilot, titled "The Amber Smith Project," which follows Amber's efforts to open up a modeling agency in Miami Beach. She also filmed yet another pilot, "The Anchorwoman," in which she will take over the life of a Broadcast Journalist. "The Anchorwoman" is currently in development at Fox Studios.

The marketing of Michelob ULTRA Amber is supported by a full line of point-of-sale and merchandising materials in addition to outdoor, radio, print and television advertising including a spot during this year’s Super Bowl. In addition, Amber Smith, international model and actress, has been signed to be the face of promotional materials for Michelob ULTRA Amber and will be making appearances throughout the country on the brand’s behalf in the coming months. Smith has graced the covers of countless high fashion lifestyle magazines and has walked the runways of the world’s most famed fashion designers. ... 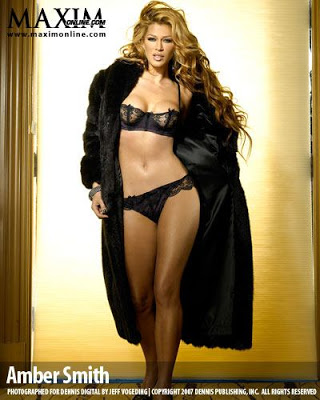 Measurements: 36D-24-36 (Source: Celebrity Sleuth magazine)•••Super Model Admits to Opiate AddictionOn the June 26, 2008 broadcast of Loveline, Dr. Drew Pinsky confirmed Smith's participation in the VH1 television show Celebrity Rehab. On the October 23 episode, it was revealed that Smith was in fact being treated for an opiate addiction from various painkillers. She also appeared in the 2009 series Sober House, a Celebrity Rehab spin-off focusing on a sober living environment.

Amber Smith has appeared on the covers of the fashion magazines and women's magazines Vogue, Elle, Cosmopolitan and Marie Claire, among others, and was the cover girl for the March 1995 issue of Playboy. She has appeared in advertising for L'Oréal makeup, Buffalo Jeans, Camel cigarettes, Kahlua liqueur, Volkswagen automobiles, and Panama Jack, among others, and has walked the runway for such fashion designers as Chanel and Jean Paul Gaultier.•••Seeing the "Light"

"Some say that the bottom you hit, how low you have to fall, is equivalent to how big your SuperEgo is... well, my bottom was so low that I must have had the biggest (super)ego in town! lol... I literally ended up in a place called The Hollywood Hotel on Yucca street. It was the scariest thing I have ever experienced. I actually am dealing with PTSD now from that period of time (April 2007 through July 2007 was the worst). I was in a hotel unable to stand more than 10 minutes at a time. My liver was so bad that I would pass out through the day. I don't think I could live through that again. The good news is I found God in that little room. As they say, 'There are no atheists in the trenches,' and I needed a miracle to get out of there.. a miracle did happen and I actually had a white-light spiritual experience that changed my life on July 21st 2007 - but that is a whole different story!"