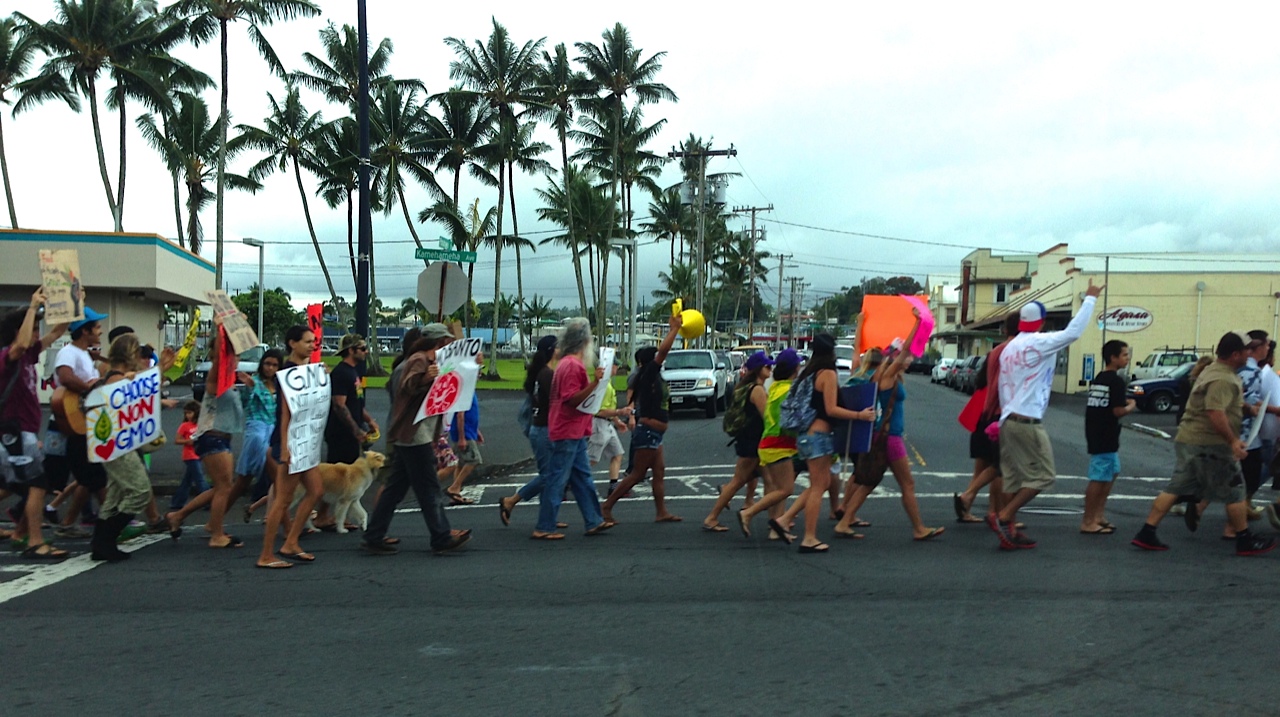 Hundreds of Big Island residents took part in a “March to Evict Monsanto” this morning along Kamehameha avenue.

The event began at the King Kamehameha statue near Hilo’s Bayfront, with scores of demonstrators taking to the sidewalk under police escort to protest agricultural practices that employ genetic modification.

Protestors walked from the Kamehameha statue, past the bustling Hilo Farmers Market on their way to the Mo`oheau bandstand.

Event organizers had planned a series of speeches to be held at the bandstand to generate support for non-GMO foods. Organizers are also calling for an investigation of leases given to Monsanto for the purpose of GMO testing, including those administered by Kamehameha Schools.

Activists claim that over 5,000 GMO field experiments have been undertaken in the state of Hawaii.

What no one seems to be talking about is that 1 or 2 hundred cars were ticketed for parking on the grass at the King Kamehameha statue.  This is not done during sports events … what gives?