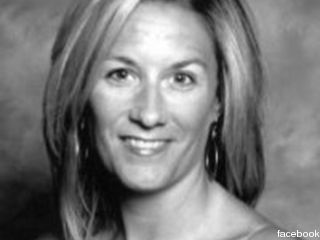 “Recently the stress of running a national organization has begun to take a major toll on my personal, and professional, my health mentally and physically,” she wrote in a letter to board members. “The responsibilities or running this organization without a salary or full time staff has become overwhelming. I have recently lost two of my family members and found out yesterday that a third has 3 months to live. With these circumstances I have spent many hours praying as to what my path was to be. Today I am letting you know the answer to that question is that I will be resigning as YRNF Chairman.”

Shay gained some notoriety last year when, just after she was elected chair, she laughed approvingly when a a friend left a racist comment on her Facebook page. She then un-friended fellow young Republicans who said the joke was inappropriate. She’s stayed mostly under the radar since, however, and made no indication the two incidents are connected.

In March, Shay wrote a plea on the federation’s website asking its members to be more civil, in reaction to anonymous emails “which make spectacular and often totally unsubstantiated allegations against various YRs [young Republicans] and their organizations.”

Requests to the federation for comment have not been returned.

The CIA Connection of the History Channel’s New Woo-Woo Program, ‘Brad Meltzer’s Decoded’, and the Origin of the ‘Red Cell’
May 19