" ... he joked about fumigating the arena that hosted Wellstone's memorial service ... which he surmised included pedophiles and 'tree huggers' ... " 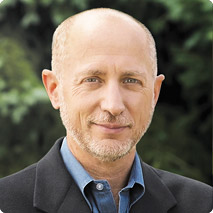 As mentioned earlier, GOP candidate Jim Hagedorn removed posts from his "Mr. Conservative" blog prior to announcing his bid this morning for U.S. Rep. Tim Walz's seat, but a review of scrubbed posts reveals a brand of humor that might not sell well in southern Minnesota, including jokes about the memorial service for Northfield-professor-turned-U.S. Sen. Paul Wellstone just 11 days after he died.

According to the blog's "about" page, Hagedorn's "unique style of commentary mixes cutting humor, reflective analysis and hard charging commonsense to promote the brand of conservatism established by America's Founding Fathers, reintroduced by Senator Barry Goldwater and perfected in modern times by President Ronald Reagan, the author's hero."

But some of that cutting humor was cut, sometime after Oct. 16, 2009, according to Google's cache of the site.

On Nov. 5, 2002, Hagedorn's nationwide election analysis included a note of optimism for Minnesota, which he assessed was "actually showing signs of rejoining the Republic." He wrote [Google cache; pdf]:

Until Paul Wellstone's plane crash, DFL Trotskyites were confident the Senator would soar [emphasis his] to victory over Norm Coleman ...

Then he joked about fumigating the arena that hosted Wellstone's memorial service, after mourners - which he surmised included pedophiles and "tree huggers.":

About the memorial service. Was it just me or did it not seem as if someone bailed out the union thugs; tree huggers; abortion rights feminists; peaceniks; citizens for gay animal rights; NAMBLA members and the other Marxist sympathizers who protested at last month's IMF meetings, and transported them to Wellstone's memorial in a slew of green busses? Talk about lefties all in one convenient location. Hopefully after the ceremony they fumigated the arena.

He concluded the section with a prediction - a Walter Mondale win in the Senate race that Norm Coleman eventually won: "Goofdale will win, something like 50 - 46 with the independent parties taking the remainder."

As mentioned earlier, the post also includes an analysis of the 2002 race in South Dakota, in which Hagedorn wrote of voter registration irregularities on Native American reservations:

Voter backlash against the Democrat's (typical) election-stealing maneuvers will be the margin of victory for Thune. Leave it to liberals to ruin John Wayne's wisdom of the only good Indian being a dead Indian.

Now, you arrive for work at the Senate and in the first days you do which of the following to solidify your long-term political viability (please choose one):

1. Divorce your wife of 25 years
2. Make a public statement that you are banging your chief-of-staff
3. Remind the Republican establishment and the voters that you are really an arrogant SOB
4. Clean up your act.

If you chose D you are definitely not Republican Senator Rod Grams and could have maybe figured out a way to win reelection. Senator Grams, on the other hand, tried his best to achieve A, B, and C before casting his first vote. Thus, liberal self-financed Mark Dayton, not an attractive candidate, is going to the Senate.

The site erasures - first noted by Bluestem Prairie - bring to mind the case of another First District Republican, Gil Gutknecht, whose office tried twice in 2006 to remove references in his Wikipedia bio to a 1995 pledge he'd made to only serve 12 years. He broke that pledge in 2005, but lost the race to Rep. Tim Walz.

Hagedorn has not responded to the Minnesota Independent's request for comment.