GOP has Undergone a Radical Transformation 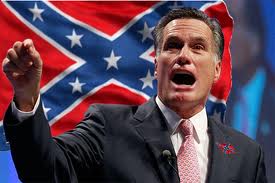 I unlocked my book store door on Dec. 26 and discovered that a small, handwritten note had been pushed through the mail slot. Penned in all caps, the note read: “SIR, YOUR LEFTIST IDEAOLOGY (sic) HAS BLINDED YOU. STICK TO HISTORY.” I quickly concluded that the note had been written by a conservative who hadn’t enjoyed my Dec. 23 column, “Beloved Christmas classic attacks free enterprise,” which maintained that Ebenezer Scrooge embodied many qualities that Tea Party Republicans regard as admirable. Since I believe that a good columnist should be responsive to readers’ suggestions, this column will indeed focus on history.

From 1849 to 1863, Lyman Trumbull resided in the house located at 1105 Henry St. in Alton. Trumbull occupies a prominent position in the pantheon of liberty. Before moving to Alton, he had successfully argued a case before the Illinois Supreme Court that resulted in the liberation of slaves owned by our state’s French-descended families as well as black men and women held as “indentured servants,” which was merely a euphemism for slavery. As a Republican member of the U.S. Senate, Trumbull wrote the Thirteenth Amendment, which forever abolished slavery in our nation. When post-Civil War Southern states enacted legislation to limit the rights of their newly freed slaves, Trumbull introduced the Civil Rights Act of 1866, our nation’s first civil rights legislation, and got it passed over President Andrew Johnson’s veto. The act ensured that every citizen of the United States, regardless of race or previous condition of servitude, could enforce contracts and give testimony in court as well as purchase, lease and sell personal and real property.

For decades after the Civil War, many Republicans protested racial discrimination and black voters supported the party of Lincoln. The Republican Party’s retreat from championing civil rights began in 1964 when GOP presidential candidate Barry Goldwater opposed the landmark Civil Rights Act, which was supported by Democratic President Lyndon Johnson and liberals in both parties. Longtime segregationist Sen. Strom Thurmond of South Carolina, who had run for president in 1948 as an anti-civil rights “states’ rights” candidate, was so delighted with Goldwater’s stance that he became a Republican. Racist southern Democrats flocked to the polls to vote for Goldwater, and he carried five Deep South states. Richard Nixon, the 1968 GOP presidential candidate, utilized a “Southern Strategy” that openly pandered to the southern racist vote. GOP strategist Kevin Phillips in 1970 explained how it worked. “The more Negroes who register as Democrats in the South, the sooner the Negrophobe whites will quit the Democrats and become Republicans. That’s where the votes are.” Nixon and third-party candidate George Wallace carried the entire South, except for Texas, in 1968. Nixon in 1972 carried the entire South.

Republican icon Ronald Reagan vehemently opposed the Civil Rights Act of 1964 as well as the Voting Rights Act of 1965. When he ran for governor of California in 1966, the Gipper announced his opposition to open housing. Reagan delivered his first campaign speech after winning the 1980 GOP Presidential nomination in Mississippi and proclaimed, “I believe in states’ rights.” He also promised that as president he would “restore to the states and local communities those functions which properly belong there.” Racist southerners had long demanded “states’ rights,” which for them meant that the federal government wouldn’t enforce civil rights legislation in their states and municipalities. Americans of conscience were appalled that Reagan delivered this speech just a few miles from Philadelphia, Mississippi, where three young civil rights workers had been murdered by racists in 1964. Southern whites heard Reagan’s implied message of opposition to civil rights loud and clear. Carter won his home state of Georgia that November, while Reagan swept the rest of the South.

Trent Lott, a Mississippi senator who had served as Senate majority leader, inadvertently revealed the extent of racism within the Republican Party in a speech he delivered at a party honoring Strom Thurmond in 2002 on his 100th birthday. Thurmond had carried four Deep South states when he ran for president in 1948 as an avowed segregationist, including Mississippi. In his speech praising Thurmond, Lott stated, “I want to say this about my state. When Strom Thurmond ran for president, we voted for him. We’re proud of it. And if the rest of our country had followed our lead, we wouldn’t have had all these problems over all these years, either.” By “all these problems,” Lott apparently meant the civil rights movement as well as the sweeping federal legislation of the 1960s, which brought an end to segregation and the disenfranchisement of black voters. Lott’s blatant nostalgia for an America of whites-only schools, restaurants and neighborhoods horrified progressives, independents and even many lifelong Republicans. After his death in 2003, we learned that Strom Thurmond hadn’t always been a strict segregationist. As a lecherous 22-year-old, he had fathered a child by his family’s 16-year-old black maid. The knowledge that Thurmond had devoted his political life to maintaining the kind of segregated, racist nation that would condemn even his own illegitimate daughter to a life of second-class citizenship disgusted every American with a functioning conscience.

Lyman Trumbull would be shocked at what the GOP has become. The political party that was founded to oppose the extension of slavery into new American territories and passed the Thirteenth, Fourteenth and Fifteenth amendments to the U.S. Constitution has abandoned its heritage of championing human rights. The once-noble party of moral giants such as Trumbull, Thaddeus Stevens, Frederick Douglass and Lincoln has degenerated into the party of Goldwater, Thurmond, Nixon and Reagan. The Republican Party is so much the worse for this transformation — and so is our nation.

Mind Control is the Topic of Upcoming Discovery Series
Mar 09