Eric Braeden's Father was a Nazi - The Constantine Report
0 SHARES

Eric Braeden's Father was a Nazi 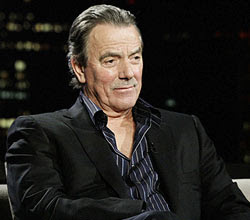 The Wikipedia version: "Eric Braeden (born Hans Jörg Gudegast on April 3, 1941) is an Emmy Award-winning German film and television actor, best known for his role as Victor Newman on the soap opera The Young and the Restless.

Eric Braeden was born in Bredenbek, Germany (near Kiel), where his father was once mayor, and emigrated to the USA in 1959. In the United States, Braeden attended The University of Montana in Missoula. While an American citizen, he also considers himself a loyal citizen of Germany, and holds dual citizenship. He has been awarded many German civic awards. ...

Braeden has a wife, Dale Gudegast, and is regarded as a very good tennis player. Braeden and Dale were witnesses at the wedding for Bob Crane and Sigrid Valdis while on the set of Hogan's Heroes. ...

"After World War II, his father, who had been a Nazi party member, was imprisoned by the British for a year (although there is no evidence he participated in any atrocities). When his father died in 1953, his mother turned to factory worker to support her four sons. At age 19, Braeden, then known by his birth name of Hans Gudegast, moved to the USA and resided with a cousin in Houston, where he found work dissecting cadavers for medical research. ... "

... Born Hans Jorg Gudegast in Bredenbek, Germany, where his father was once mayor (the star emigrated to the U.S. in 1959), Braeden lost his father at the young age of 12. As Y&R fans know, Victor was raised in an orphanage after being abandoned by his parents, who he later met in Genoa City. Both men changed their real names as well (Victor Newman was derived from three words: Victory, and New Man — remember when soaps used to name characters with some meaning?).

“My father was not in the [Second World War], but many people we knew were killed. That affected him greatly. When I was 12, he died suddenly of a heart attack. His sudden death destroyed my world. Not only were we plunged into poverty, but my sense of justice and injustice, fairness and unfairness — ideals that my father had instilled in me — were also destroyed. I was a very angry kid; I got into fights with other kids, threw tomatoes at the Allied tanks as they rolled into town, and I never understood why my father had left us. From that time on, I was on my own.” 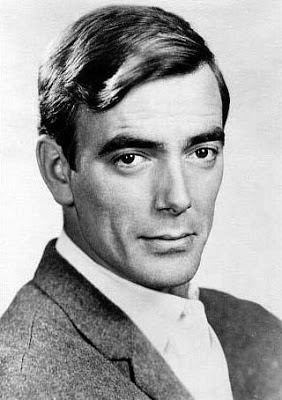 " ... Like most people, I did discover Eric Braeden on daytime TV playing multi-millionaire industrialist Victor Newman on the long running CBS soap opera Young and the Restless. ... Eric Braden’s career is so dipped in pop culture history that he is a television icon all his own. His list of screen credits on the imdb is one of the most impressive I've ever seen, and the people he has worked with is incredible. Quite frankly, Eric Braeden is a man with stories to tell. You see, long before he even stepped on a soap opera sound stage, Eric Braeden appeared on over 80 television and film productions playing the villain of the week. With his dark hair, intense stare, and cold and authoritive German accent, Eric Braeden menaced some of pop cultures biggest and most beloved icons of the 1960s and 1970s He was half ladies man, half demon and a whole lotta evil. Every generation needs it’s Edward G. Robinsons, Christopher Lees and Gary Oldmans and in the decade where adventure shows were king, Eric Braeden made an entire career out of playing spies, Nazis, crooks and villains. ... " 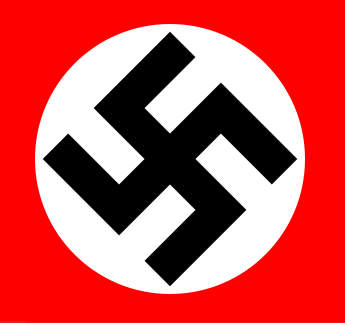 Braeden Notes Parallels Between Nazi German and the US

" ... He noted that one of Hitler’s deadliest weapons was his use of Article 48 of the German constitution to shut down newspaper editors who opposed his views so that he could blanket Germany in Nazi propaganda. 'Never allow any network to spout simplistic solutions to complex problems,' he said. 'That is the essence of fascism and it allows people to not think. I think it rings a certain bell with what’s happening here [in the United States] today. Beware of people who talk too much about patriotism and offer simple solutions.' ... "

http://www.vcreporter.com/cms/story/detail/?id=3290&IssueNum=68•••Nazi Germany, Braeden on the Holocaust

... Although no fan of soap operas, I immediately recognized Eric Braeden, the tall, dapper, mustachioed star of the Young and the Restless when I spotted him two weeks ago at a dinner gathering of American-Jewish leaders in Jerusalem.

Braeden was familiar to me not from his daytime TV serial, but from news coverage of his Ministry of Tourism-sponsored visit to Israel.

A day earlier, this newspaper had quoted him saying: "In such difficult times, it is important that people demonstrate solidarity, and that is the reason I am here: To tell you that our hearts are with you, and to tell people throughout the world not to fear visiting Israel. Everyone in the world must know that there are warm and welcoming people here, and that Israel is a most beautiful country. I feel safe here, and I hope the fact I am here will motivate others to visit."

Three days later a suicide bomber blew up the No. 14 bus, killing eight people, just around the corner from his hotel. Braeden was unfazed, though, continuing his visit and adding onto his itinerary a stop at a local hospital to offer condolences to those wounded in the blast.

That fact alone makes Braeden an exception at a time when most celebrities - including many American-Jewish show business figures who have been outspoken about Israel in the past - are too fearful or concerned over political ramifications to pay a similar visit here.

But only after personally encountering the thoughtful, erudite actor at this dinner did I realize what a truly exceptional figure he cuts. Braeden was born in northern Germany in 1941, where his father was a Nazi party member and mayor of the town Bredenbek. Two decades later he moved to California and began to pursue a career as an actor.

"I was born Hans Juerg Gudegast, " Braeden told me, "but Lew Wasserman, who headed Universal Studios, told me such a German name wouldn't do in American movies. Eric was a name of other family members, and Braeden I took from Bredenbek."

In addition to his acting career Braeden has dedicated himself to encouraging dialogue between Germans and Jews, both as a founder of the German-American Cultural Society and through such gestures as playing on the Los Angeles Maccabees squad that won the 1972 US soccer championship.

"Without down playing the terrible things that happened during the Nazi period," Braeden told me, "we have to work harder to bring attention to the positive aspects of German-Jewish relations Ð the position in German society Jews enjoyed before the 1930s, and the past half-century during which Germany has been a thriving democracy." ...

it's worth quoting a 1994 interview Braeden gave to a German magazine, during which he rails in general against the collective guilt for the Holocaust he feels has been unfairly placed on the German people as a whole, and expresses his personal frustration as a Hollywood actor who has had to battle against being stereotypically cast as an evil Nazi officer.

"But I want to be very specific about this, "Braeden adds. "My anger does not reach the point where I become revisionist, where I deny what happened. There are some here who do, to my dismay. By denying those things you only make it worse."