” … 20 years on from the country’s only such investigation, the 56-year-old said he was still frustrated no one was charged. … “

At least a “handful” of Nazi war criminals could have lived out their lives in New Zealand without facing justice for atrocities, says a former police detective who led a 1992 investigation to track down former Nazi collaborators.

But 20 years on from the country’s only such investigation, the 56-year-old said he was still frustrated no one was charged.

The year-long investigation was conducted after Jewish organisation the Simon Wiesenthal Centre sent the New Zealand Government a list of people thought to have collaborated with the Nazis to commit atrocities.

Mr Stringer said he approached the investigation as an unsolved murder.

Each of the 47 names provided by the centre was investigated. Although most proved to be innocent, Mr Stringer said he was confident war criminals had lived in New Zealand.

“It was a matter of narrowing it down to the guilty people.”

Mr Stringer’s main suspect was Jonas Pukas, a Lithuanian who was living on Auckland’s North Shore since the 1950s.

He was suspected of being in the 12th Lithuanian Police Battalion, infamous for machine-gunning thousands of Jews in mass killings. He died in the mid 1990s.

Police interviews between Mr Stringer and Mr Pukas are the subject of an Inside New Zealand documentary, on TV3 tomorrow. 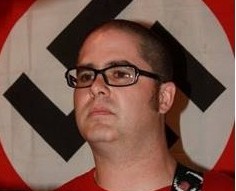