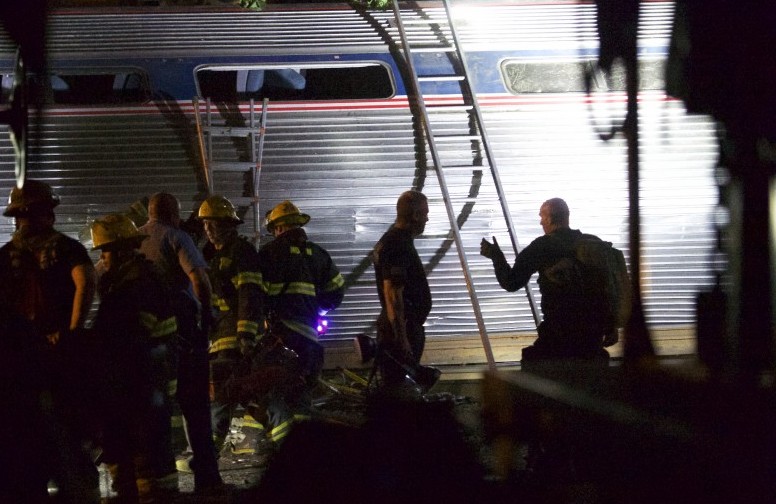 WASHINGTON — As fate would have it, the Amtrak derailment in Philadelphia comes just as Congress is set to debate Amtrak’s funding.

“Republicans have frequently argued that Amtrak is a money-loser,” Cordes said Wednesday morning.

She says they want to Amtrak “run more like an actual business, and that if Congress were to reduce funding for Amtrak, it would kind of force the railroad to sink or swim, and change the way it operates.”

Democrats, on the other hand, argue that “in order for Amtrak to be profitable, there needs to be an investment in its infrastructure, that it needs government help, and that we’re falling farther and farther behind rail lines in other countries.”

That’s an argument that will play out in real time Wednesday, Cordes says, and the derailment could play a role.

“We might see some adjustments based on what’s happened. We have seen things like that in the past. … Congress tends to react to situations like this.”

Wednesday’s derailment ironically happened on a Northeast Corridor train, the busiest rail line in the country and one of the few on which Amtrak makes money. Cordes points out, however, that that doesn’t mean the infrastructure reflects that.

“Instead of reinvesting in infrastructure along the corridor … that money goes to those other rail lines around the country that don’t make money.”

When that happens, the Northeast Corridor “decay[s] even more, even though it’s sort of the lifeblood of Amtrak itself.”

Cordes also explains that lots of members of Congress come from states along the unprofitable long-distance rail lines, some areas of which don’t have air service, and they’re resisting any changes in that regard.

The Republican proposal would forcibly divert $470 million per year to the Northeast Corridor. The head Amtrak, Cordes says, also wants a change in the funding process, because right now Amtrak works on a year-to-year basis, and that makes it hard to enter into long-term contracts or make long-term investments to fix the infrastructure.

“So that’s another structural problem with the way Amtrak is run. … It’s something no airline, for example, has to deal with,” Cordes says.