"Dan Easley, a lobbyist for the company until earlier this year, boasted on the tape about Exxon's alliance with former President Trump, saying, 'The wins are such that it would be difficult to categorize them all.' He said Biden's infrastructure proposal was ;replete with provisions that would be difficult for oil and gas.' ..." 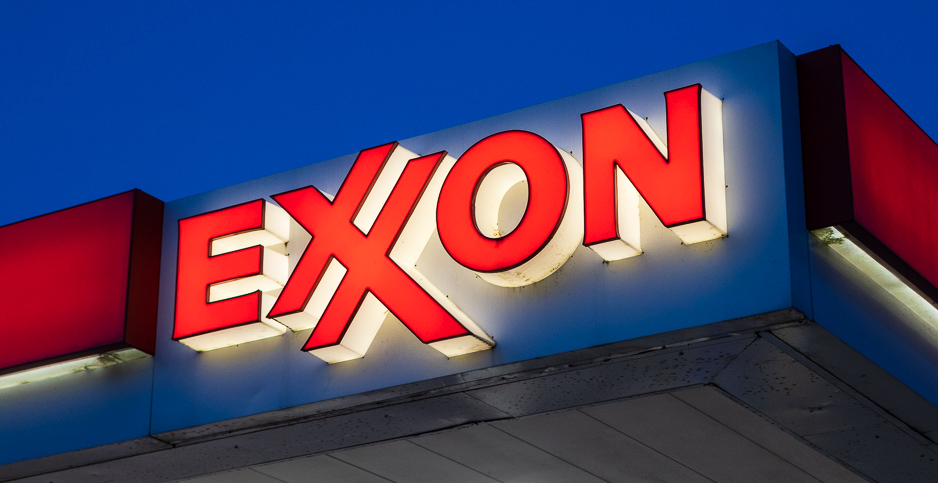 By Nick Sobczyk and Timothy Cama

Exxon Mobil Corp. scrambled to respond yesterday to a secretive video recording that detailed the company's lobbying practices, but the incident could be an even greater impetus for a congressional inquiry as a House subcommittee chairman continued to warn of subpoenas for top executives.

"They should be under no illusion. We will subpoena if they are not cooperative, and I have spoken to a lot of people in leadership," House Oversight and Reform Subcommittee on Environment Chairman Ro Khanna (D-Calif.) said in an interview yesterday. "This adds fuel to the fire."

He said the tapes confirm pieces of what's been reported about Exxon's lobbying and advocacy work. Khanna had previously said he plans to invite top executives from Exxon, Chevron Corp. and other companies to testify on climate disinformation before his panel (E&E Daily, May 19).

"We're going to hold them accountable, so I highly suggest to their counsel and to them that they voluntarily comply," Khanna added.

The video clips released by Unearthed, a project of Greenpeace UK, show a senior Exxon lobbyist and one of his former colleagues talking in frank terms about the company's lobbying strategy. The United Kingdom's Channel 4 first reported on the video.

Speaking with undercover interviewers who Unearthed said claimed to be recruitment consultants, Keith McCoy, Exxon's senior director for federal relations, said the oil and gas giant funded "shadow groups" to sow doubt about climate change science and only says it supports a carbon tax as a "talking point" but doesn't sincerely believe the policy would be enacted.

Exxon said the statements in the video do not represent its position, but they nonetheless could spell trouble for a company that has long been the target of climate hawks on Capitol Hill.

"Exxon's lobbyists have admitted to what many have long suspected: the fossil fuel industry is conducting a long-running covert operation to hide and perpetuate the damage it is inflicting on the planet," Sen. Sheldon Whitehouse (D-R.I.) said in a statement. "Now that the world has a firsthand account of how that sinister operation works, it's time to call Exxon's bluff. We need to put a price on carbon pollution, invest in zero carbon technologies, and lead the planet to safety."

In the video, McCoy said his company has a playbook for dealing with potentially tough hearings like the one Khanna is proposing.

"We don't want it to be us to have these conversations, especially in a hearing. It's getting our associations to step in and have those conversations and answer those tough questions and be, for the lack of a better term, the whipping boy for some of these members of Congress," he said.

McCoy also listed 11 senators, from both parties, as major allies and bragged about helping to stop many of the clean energy proposals in President Biden's original infrastructure plan. Notably, McCoy said he speaks with the office of Sen. Joe Manchin (D-W.Va.) — a top Senate swing vote whom he called a "kingmaker" — every week.

Dan Easley, a lobbyist for the company until earlier this year, boasted on the tape about Exxon's alliance with former President Trump, saying, "The wins are such that it would be difficult to categorize them all." He said Biden's infrastructure proposal was "replete with provisions that would be difficult for oil and gas."

Exxon denounced McCoy's and Easley's statements. "Comments made by the individuals in no way represent the company's position on a variety of issues, including climate policy and our firm commitment that carbon pricing is important to addressing climate change. The individuals interviewed were never involved in developing the company's policy positions on the issues discussed," Exxon CEO Darren Woods said in a statement.

"We condemn the statements and are deeply apologetic for them, including comments regarding interactions with elected officials," he continued.

An Exxon spokesman did not say whether McCoy still works for the company.

McCoy apologized in a statement on his LinkedIn profile, which said as of yesterday that he still worked for Exxon.

"My statements clearly do not represent ExxonMobil's positions on important public policy issues," he wrote. "While some of my comments were taken out of context, there is no excuse for what I said or how I said it. I apologize to all my colleagues at the company and my friends in Washington, D.C., all of whom have a right to expect better of me."

Some still believe in Exxon

Some environmentalists have long been skeptical of the company's commitment to battling climate change. Still, Exxon has continued to publicly support carbon pricing through such groups as the Climate Leadership Council.

Alex Flint, executive director of the carbon tax group Alliance for Market Solutions, said that in his experience, Exxon's support for the policy is real, despite the secret recordings.

"We believe ExxonMobil's commitment to addressing climate change is genuine," Flint said in a statement. "The funding they provide to AMS has bolstered our efforts to encourage policymakers to support a carbon tax — the best policy to address climate change."

Even in the leaked recordings, McCoy stressed that the way the company attempts to influence policy is not illegal.

"Did we join some of these shadow groups to work against some of the early efforts? Yes, that's true," he said. "But there's nothing illegal about that."

But to environmental groups, the revelations further support the #ExxonKnew campaign, which argues Exxon was aware of the environmental harm from greenhouse gas emissions for decades but improperly kept its findings from the public.

Part of what's motivating a potential congressional inquiry, Khanna said, is that there is "so much activism and demand from our base that we do something."

Ultimately, any subpoena would have to go through full Oversight and Reform Chairwoman Carolyn Maloney (D-N.Y.). Khanna said he is "laying the groundwork" to have companies appear voluntarily.

"There's a lot of dark money that's funding a lot of climate disinformation, and we have to have an accounting of where that is," Khanna said.