caribbeannetnews.com Published on May 01, 2007 MIAMI, USA (AFP): The US government is seeking to bar former CIA agent Luis Posada Carriles, who is wanted in Venezuela and Cuba for the downing of an airliner, from talking about his links with the agency when he goes on trial in May. In a nine-page motion filed with a federal tribunal in El Paso, Texas, state prosecutors claimed Posada Carriles’s relationship with the Central Intelligence Agency ended more than 30 years ago and that as testimony or questioning about those ties were not relevant to his trial on immigration charges. A fierce opponent of Cuba’s communist President Fidel Castro, Posada Carriles was convicted in Venezuela in 1976 of masterminding the downing of the Cuban jet off Barbados, but escaped from prison in 1985. He was sentenced to eight years’ jail in Panama in a 2000 bomb plot to assassinate Castro, and was pardoned four years later. Posada Carriles was detained by US immigration officials in May 2005 for entering the United States illegally. He was released on a 350,000-dollar bond on April 19, pending the May 11 start of his trial. Declassified US documents show that Posada Carriles worked for the CIA from 1965 to June 1976. He reportedly helped the US government ferry supplies to the Contra rebels who waged a bloody campaign to topple the socialist Sandinista government in Nicaragua in the 1980s. Reprinted from Caribbean Net News: http://www.caribbeannetnews.com/news-1260–5-5–.html 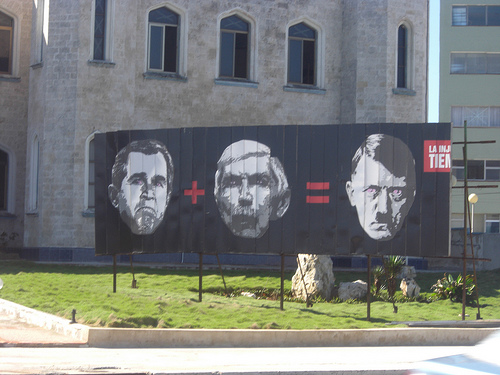