Benjamin C. Bradlee, a Massachusetts paperboy in his youth who became the longtime editor of The Washington Post where he inspired a legion of reporters and led the paper’s coverage of the Watergate scandal, died Tuesday from natural causes. ...

Bradlee had been in declining health for years, but began a downward spiral not long ago. In late September, in an interview with C-SPAN, his wife, Sally Quinn, revealed that her husband had been suffering from dementia, was in hospice care, and didn’t have much time left. ...

Bradlee was born on Aug. 26, 1921, in Boston , the second son of Frederick Josiah Bradlee Jr. and Josephine de Gersdorff of the Crowninshield family, Boston Brahmins with ancestral lines stretching back to the Holy Roman Emperor Maximilian I and various other European royalty, as well as the early settlers of colonial Massachusetts. His family had roots in journalism, as well: His great uncle, Frank Crowninshield, was the founding editor of Vanity Fair. ... (Source: Politico)

Ben Bradlee and the CIA

Benjamin Bradlee was born in Boston on 26th August, 1921. One of his closest friends as a child was Richard Helms. While at Harvard UniversityBradlee married Jean Saltonstall, the daughter of Senator Leverett Saltonstall. After graduating in 1943 Bradlee joined naval intelligence and worked as a communications officer. His duties included handling classified and coded cables.

At the end of the war Bradlee went to work as a clerk for the American Civil Liberties Union (ACLU). Deborah Davis (Katharine the Great) points out that as the ACLU is an "organization that promotes various progressive causes, including conscientious objection to war. This job, so out of character for the young patriot, may or may not have been an intelligence assignment."

In 1946 Bradlee purchased the New Hampshire Times. He worked for the newspaper until it was sold to William Loeb. As a result of a family friend who knew Eugene Meyer, Bradlee found work on the Washington Post as a crime reporter. Bradlee also got to know Philip Graham, Eugene Meyer's son-in-law, and associate publisher of the newspaper. In 1951 Graham helped Bradlee to become assistant press attaché in the American embassy in Paris.

In 1952 Bradlee joined the staff of the Office of U.S. Information and Educational Exchange (USIE), the embassy's propaganda unit. USIE produced films, magazines, research, speeches, and news items for use by the the Central Intelligence Agency throughout Europe. USIE (later known as USIA) also controlled the Voice of America, a means of disseminating pro-American "cultural information" worldwide. While at the USIE Bradlee worked with E. Howard Hunt and Alfred Friendly.

According to a Justice Department memo from a assistant U.S. attorney in the Rosenberg Trial Bradlee was helping the CIA to manage European propaganda regarding the spying conviction and the execution ofEthel Rosenberg and Julius Rosenberg on on 19th June, 1953. 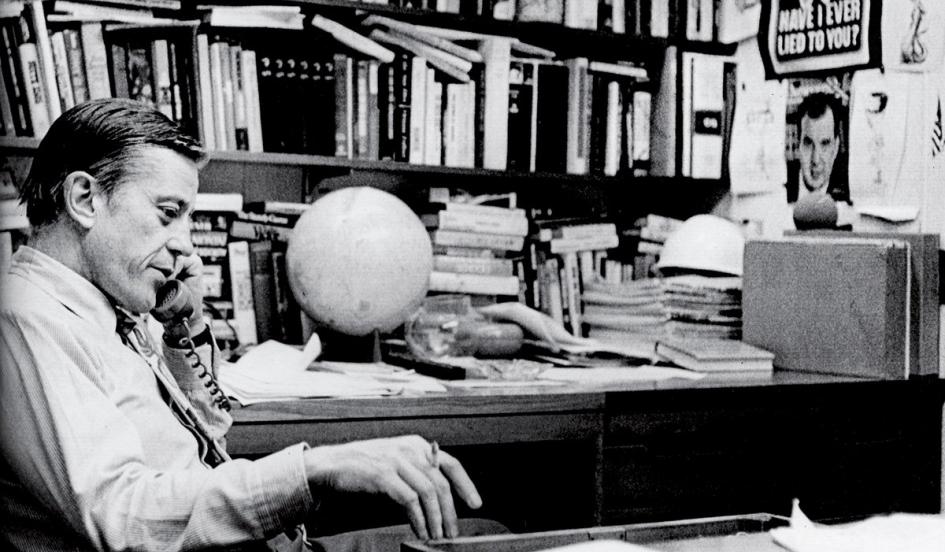 Bradlee was officially employed by USIE until 1953, when he began working for Newsweek. While based in France, Bradlee divorced his first wife and married Antoinette Pinchot. At the time of the marriage, Antoinette's sister, Mary Pinchot Meyer, was married to Cord Meyer, a key figure in Operation MB, a CIA program to influence the American media.

Antoinette Bradlee was also a close friend of Cicely d'Autremont, who was married to James Angleton. Bradlee worked closely with Angleton in Paris. At the time Angleton was liaison for all Allied intelligence in Europe. His deputy was Richard Ober, a fellow student of Bradlee's at Harvard University.

In 1957 Bradlee created a great deal of controversy when he interviewed members of the FLN. They were Algerian guerrillas who were in rebellion against the French government at the time. According toDeborah Davis (Katharine the Great) this had all the "earmarks of an intelligence operation". As a result of these interviews, Bradlee was expelled from France.

Bradlee now began working at Newsweek in Washington. While working for the journal Bradlee became a close friend of John F. Kennedy. This included publishing stories beneficial to the career of the ambitious politician. Bradlee later wrote two books about Kennedy: That Special Grace (1964) and Conversations with Kennedy (1975).

In 1961 Richard Helms tipped off Bradlee that his grandfather, Gates White McGarrah, was willing to sellNewsweek. Bradlee went to Philip Graham with the story. Graham was interested in buying the journal and gave Bradlee a handwritten check for $1 million to convey to McGarrah as a down payment.

Mary Pinchot Meyer, who was Antoinette Bradlee's sister, divorced Cord Meyer. The Bradlees set up Mary's apartment and art studio in their converted garage. In January, 1962, Mary began a sexual relationship with President John F. Kennedy. She told her friends, Ann and James Truitt, that she was keeping a diary about the affair.

In 1962 Mary began visiting Timothy Leary, the director of research projects at Harvard University. Leary supplied LSD to Mary who used it with Kennedy. According to his biography, Flashbacks, Leary claims that Mary phoned him the day after Kennedy was assassinated: "They couldn't control him any more. He was changing too fast. He was learning too much... They'll cover everything up. I gotta come see you. I'm scared. I'm afraid."

[ Mr. Maran, an assistant prosecutor on the Rosenberg case, informs assistant U.S. attorney Myles Lane that Benjamin Bradlee says he is on a CIA assignment to answer Communist propaganda. ]

On December 13, 1952 a Mr. Benjamin Bradlee called and informed me that he was Press Attache with the American embassy in Paris, that he had left Paris last night and arrived here this morning. He advised me that he was a former Federal Court Reporter for the Washington Post and that he was sent here to look at the Rosenberg file in order to answer the Communist propaganda about the Rosenberg case in the Paris newspapers.

He advised me that it was an urgent matter and that he had to return to Paris Monday night. He further advised that he was sent here by Robert Thayer, who is the head of the C.I.A. in Paris. His phone number here was Rhinelander 4-2595.

After conferring with you I advised Mr. Bradlee that before we could allow him to examine the file in the Rosenberg case, we would have to get clearance from the Department of Justice in Washington.

He stated that he was supposed to have been met by a representative of the C.I.A. at the airport but missed connections.

He has been trying to get in touch with Allen Dulles but has been unable to do so. I advised him to call the State Department in Washington, and to have them get the Department of Justice in Washington to get clearance for us to allow him to look at the Rosenberg file.

Mr. Bradley advised me that he would probably call you first to find out if he could look at the matters in the file which were public record, and if not would follow my suggestion about calling the C.I.A. or the State Department in Washington.

[ Handwritten addendum: ] 12/13/52 -- Mr. Bradlee displayed his credentials and desired to look thru the official public record of the trial. Mr. Maran brought it up. Mr. Bradlee worked on the record from 2:30 - 6:30.

FROM THE Washington Post OBITUARY: ... Benjamin Crowninshield Bradlee was born into the old aristocracy of white, Anglo-Saxon, Protestant Boston on Aug. 26, 1921. His father, Frederick Josiah Bradlee Jr., known as “B,” could trace his American ancestry back through 10 generations of Bradlees. B was an all-American football star at Harvard who became an investment banker in the booming 1920s. He married Josephine deGersdorff, daughter of a prominent New York lawyer and a New England aristocrat named Helen Crowninshield.

Benjamin was the second of three children. At first, he was surrounded by domestic staff and other signs of wealth, but the stock market crash of 1929 ended all that. During the Great Depression, his father had to improvise a living for many years, keeping the books for various clubs and institutions and supervising the janitors at the Boston Museum of Fine Arts (for $3,000 a year). The family had free use of a summer house in Beverly, Mass., whose owners couldn’t find a buyer for it. Rich relations paid the Bradlee children’s tuition to private schools. ...