Martin Hartmann, a former Mesa resident, was one of at least 38 suspected Nazi war criminals who collected Social Security benefits in exchange for voluntarily leaving the country, according to an Associated Press investigation.

Hartmann's deal, and others like it, helped the U.S. Justice Department avoid lengthy deportation hearings and increased the number of Nazis ejected from the country, according to the AP.

The payments, said to be in the millions of dollars, became bargaining chips on behalf of the Justice Department's Nazi-investigation unit known as the Office of Special Investigations, according to the news agency. If the Nazi suspects agreed to leave, they could continue to get Social Security benefits, the AP said.

Before giving up his U.S. citizenship in 2007, Hartmann lived with his wife, Ellen, in the Leisure World retirement community in Mesa.

Hartmann concealed his Nazi involvement upon arrival in America in 1955. He worked as a typesetter and a printer before learning how to use computers, according to Ellen Hartmann and Justice Department officials.

The couple bought their home in Mesa in 1987 and later decided to live there permanently. 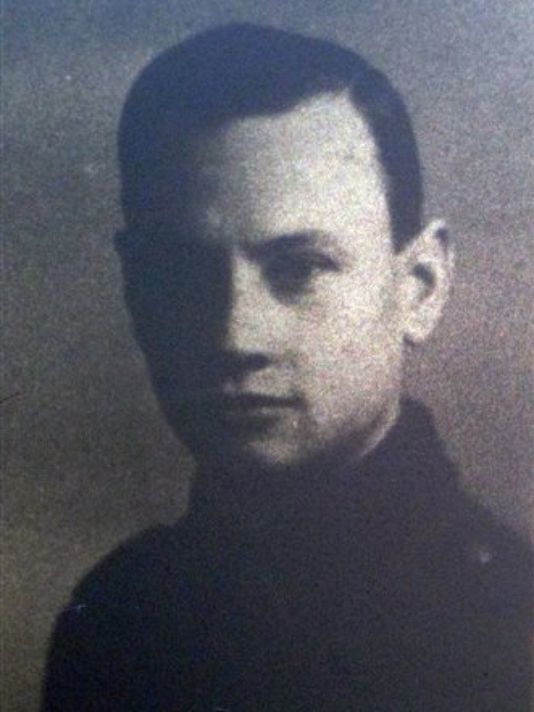 Martin Hartmann, who lived in Mesa, reached an agreement with the U.S. Department of Justice in 2007 to return to Germany when it was found out he was a Nazi SS guard in World War II.(Photo: National Archives and Records Administration)[/caption]

Hartmann never let on about his time as a Nazi SS guard, except for an old picture of himself in an SS uniform hanging on a wall in his home.

But that was enough. Nathan Gasch, a neighbor, told The Arizona Republic in 2007 that he recognized the uniform in the picture because he had been a prisoner at the same camp in 1944.

Gasch said he never mentioned it to Hartmann and continued to exchange pleasantries with him.

Hartmann, now 95, is one of four living beneficiaries who collected benefits after leaving the U.S. for Berlin.

The Social Security Administration refused the AP's request for information about who received benefits and how much they were paid.