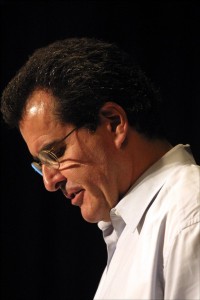 At least five former News Corp. executives are involved with Philadelphia-based Comcast, the largest U.S. cable TV service. Chernin, who started his own film and television production company in July, is consulting on the company’s efforts to buy a controlling stake in General Electric Co.’s NBC Universal, according to people with knowledge of his role.

“That’s who’s available,” said Laura Martin, an analyst at Soleil Securities in Pasadena, California, who rates Comcast shares “hold” and doesn’t own them. “There are only three people who can fix the NBC network: Peter Chernin, Bob Iger and Les Moonves, and Iger and Moonves are not available.”

Chernin has a long record running entertainment businesses, like Walt Disney Co. Chief Executive Officer Iger and Moonves, CEO of CBS Corp., Martin said. He was News Corp.’s chief operating officer and Murdoch’s No. 2 for 12 years when he left in July.

Chernin is also friends with Comcast CEO Brian Roberts. They own summer homes near each other on Martha’s Vineyard in Massachusetts. Chernin and Stephen Burke, Comcast’s chief operating officer, have homes next to each other along the ski slopes of Montana.

In addition to Chernin, Comcast is being advised by Peter Liguori, 49, the former head of Fox Broadcasting Co. who oversaw entertainment at that network, according to people with knowledge of his role. 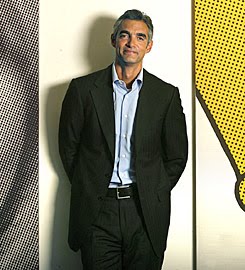 Liguori, who left News Corp. in March in a management shake-up, became a Comcast consultant prior to the cable company’s pursuit of New York-based NBC Universal, said the people, who insisted on anonymity because the relationships haven’t been announced publicly.

Comcast’s head of programming, Jeff Shell, arrived in May 2005 from News Corp.’s Fox cable networks, where he oversaw the FX, Fox Sports and National Geographic cable channels. Jamie Davis, the president of Versus, a Comcast sports network, was an 11-year News Corp. veteran prior to joining Comcast in 2005. Neal Tiles, the president of Comcast’s G4 video-game channel, was senior vice president of marketing at Fox Sports.

Comcast fell 25 cents to $15.11 at 4 p.m. New York time in Nasdaq Stock Market trading. The stock has declined 10 percent since Sept. 30, when the company’s interest in NBC Universal was first reported. GE, based in Fairfield, Connecticut, lost 5 cents to $15.53 on the New York Stock Exchange and is down 4.1 percent this year.

“I don’t think it’s coincidental,” said Jack Myers, a New York-based media consultant. “I think it speaks to the lack of experience within Comcast. They have to get a real understanding of where the network business is today.”

With about 25 percent of the U.S. cable subscriber market, Comcast has called obtaining programming assets a priority.

“Content channels are good businesses,” Burke said at a September investor conference in Los Angeles. “We wouldn’t be doing our job if we didn’t try to figure out a way to get bigger in those businesses.”

News Corp. veterans including Chernin, 58, may encourage Comcast to manage NBC’s cable and broadcast operations as Murdoch has. ...

To contact the reporter on this story: Brett Pulley in New York at bpulley@bloomberg.net