Cal Thomas, a Purveyor of Hate in Religious Disguise 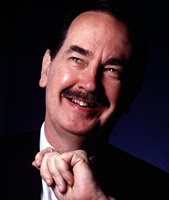 Syndicated columnist Cal Thomas, writing in the Washington Times, today offers an ugly, despicable attack on all Muslim Americans, whom he accuses of “the undermining of this nation from within … through deception, putting on a peaceful face while subtly plotting ways to bring America down.”

As his sole piece of evidence, Thomas cites statements at a public prayer rally of Muslim Americans in Washington, at which a Brooklyn imam lauded American freedom, telling the crowd that “What we’ve done today, you couldn’t do in any Muslim country. If you prayed on the palace lawn there, they’d lock you up.”

But on Facebook, Thomas points out, that same imam has written that “Democracy is not revelation, and democracy does not equal freedom, for in democracy you have apartheid, you have slavery, you have homosexuality, you have lesbianism, you have gambling, you have all of the vices that are against the spirit of truth; so no we don’t want to democratize Islam, we want to Islamize democracy.”

To Thomas, an evangelical Christian, this statement constitutes proof that the imam in particular and Muslim Americans in general are trying to destroy America from the inside, using terrorism as a weapon. Yet the truth is that on an almost daily basis, socially conservative Christian leaders employ almost identical rhetoric as the socially conservative imam.

They too decry the excesses of American freedom that lead to tolerance of gays and other perceived vices — the difference is that in their case, they seek to “Christianize” rather than “Islamize” democracy.

Thomas of course sees nothing dangerous or wrong with that at all. (For the record, neither do I. I disagree with them, but they have every right to say those things and in no way endanger our country by doing so. The same is true of the imam.)

“Are we being infiltrated and surrounded by people who want us dead and our country destroyed?” Thomas asks in his column, raising a question that he lacks the guts to answer. “Try a little experiment: Google “Islam near” and then type in the name of any city or town. When I tried the small town of Bryn Mawr, Pa., outside Philadelphia, 10 Islamic-related sites came up. In larger cities, there are as many, or more. Deception is part of the terrorists’ battle strategy.”

So the presence of Islamic related sites is evidence of a terror conspiracy? What Thomas seeks is the marginalization and rejection of Muslim Americans, the very process that in European countries has made their Muslim communities more prone to radicalization. He seeks to create the very thing he claims to despise.

It’s useful to recall that after the fall of communism, this very same Thomas called for a “cultural war crimes tribunal” in which many of his fellow Americans would be forced to answer for their opinions. At those trials, he wrote, “people from academia, the media, government and the clergy who were wrong in their assessment of communism would be forced to confront their mistakes.”

In 2003, this stalwart defender of democracy again called for a domestic war crimes tribunal, this time to bring to account “scores of false media prophets who predicted disaster should the U.S. military confront and seek to oust the murderous regime of Saddam Hussein.” This was in those short heady “Mission Accomplished” days right after the invasion of Iraq, before most Americans truly understood that we were not being greeted with roses and chocolate.

“The purpose of a cultural war crimes tribunal would be to remind the public of journalism’s many mistakes, as well as the errors of certain politicians and retired generals, and allow it to properly judge their words the next time they feel the urge to prophesy…,” Thomas wrote. “All of the printed and voiced prophecies should be saved in an archive. When these false prophets again appear, they can be reminded of the error of their previous ways and at least be offered an opportunity to recant and repent.”

The mindset of people such as Cal Thomas is far more undemocratic and dangerous than that of most of the Muslim Americans whom he seeks to smear.