Warren Buffett, son of Bircher-Nazi Howard Buffett, is one reason GW Bush has been talking up “nucular” energy of late. Consensus reality is being shaped to rule out “inefficient” alternatives that might compete with the investment of America’s most trusted Robber Baron in the atom. – AC 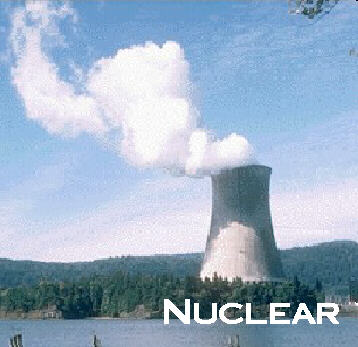 HOUSTON, Dec 7 (Reuters) – MidAmerican Energy Holdings Co has formed a nuclear unit and is investigating development of a nuclear plant in Idaho to supply power across the U.S. West, the company said on Friday.

While the nuclear unit, formed just two months ago, is “very early in the due diligence phase,” Fehrman said it will be ready to decide whether to move forward to seek a combined operating license (COL) for a new reactor by the middle of 2008, in time to take advantage of financial incentives offered in the Energy Policy Act of 2005.

Critical factors will include plant cost, the need for additional transmission and water availability, Ferhman said. The company has not settled on a preferred technology for the new reactor.

Because no reactors have been built in the U.S. in nearly 30 years, new projects face a variety of challenges, including materials, technology, labor, project management and regulatory issues, according to industry sources.

“We want to make sure we get the analytics right, get the cost-certainty for us correct and have a good understanding of what the plant means to us,” Fehrman said.

MidAmerican’s plan is to build the reactor as a merchant plant selling power at wholesale prices rather than recovering billions from customers of its regulated utilities.

“By locating in Idaho, we’ll be central to all the states we presently serve: Idaho, Oregon, Utah, Wyoming, Washington and California,” Fehrman said. “We’d have good access to move power to other areas from there.”

The state also has a “rich nuclear history,” he said, citing the Idaho National Laboratory in Idaho Falls.

About 45 percent of MidAmerican’s PacifiCorp’s 1.7 million electric customers are in Utah. Oregon customers comprise about 33 percent of the utility’s customers with the remainder in Wyoming, Washington, Idaho and California.

Earlier this year, state regulators in Oregon rejected a plan by PacifiCorp utility to build two coal-fired power plants there.

The NRC has received three license applications this year and expects expects applications for more than 30 new reactors in the coming years. (Reporting by Eileen O’Grady; Editing by Christian Wiessner)

© Reuters 2007. All rights reserved. Republication or redistribution of Reuters content, including by caching, framing or similar means, is expressly prohibited without the prior written consent of Reuters. Reuters and the Reuters sphere logo are registered trademarks and trademarks of the Reuters group of companies around the world.

Reuters journalists are subject to the Reuters Editorial Handbook which requires fair presentation and disclosure of relevant interests.