Before Fannie Mae and Sarah Palin, Fred Malek Directed Nixon’s CREEP Show and was Much More than a Mere ‘Jew-Counter’ - The Constantine Report
0 SHARES

GOP Watch » Before Fannie Mae and Sarah Palin, Fred Malek Directed Nixon’s CREEP Show and was Much More than a Mere ‘Jew-Counter’

Before Fannie Mae and Sarah Palin, Fred Malek Directed Nixon’s CREEP Show and was Much More than a Mere ‘Jew-Counter’ 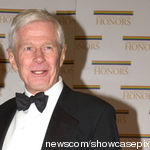 Fred Malek, Then and Now

By Colbert I. King

"We garnered from reliable sources in the Equal Employment Opportunity Commission that the Commission was preparing to sue the University of Texas for discrimination in the hiring of faculty. This could be disastrous for Texas. When queried, Bill Brown, Chairman of the EEOC, agreed not to pursue it. I will continue to follow this situation closely." -- June 7, 1972, memorandum from Fred Malek, special assistant to President Richard Nixon, to H.R. Haldeman, Nixon's chief of staff.

When Mayor Anthony Williams visited The Post in December to make a pitch for the stadium lease agreement that he had negotiated with Major League Baseball, I asked him why he had chosen to endorse the Washington Baseball Club (led by Fred Malek, a Washington venture capitalist) over other groups competing for ownership of the Washington Nationals.

Williams said the Malek group had spent more time and money trying to attract baseball to Washington, and that as investors in the group, Malek and other members had done a lot for Washington. For the record, I am personally acquainted with several members of Malek's group. Their character, integrity and honesty are beyond reproach. Other members, less well known to me, have sterling reputations.

Still, since the meeting, I have been pondering the nature and extent of Fred Malek's contribution to the nation's capital. This much I know: Malek is a wealthy Republican who can be seen around town at black-tie charity events and fundraisers, and in haunts where the rich, famous and politically powerful gather. He's close to the presidential family, he once co-owned the Texas Rangers with George W. Bush, and he reportedly will be number one among equals if the Washington Nationals are sold to his group.

"Fred Malek" also happens to have been one of the first names I heard in the summer of 1970, when I began a fellowship in the office of the late John Veneman, then undersecretary of health, education and welfare. Word came fast: Keep out of the way of deputy undersecretary for management Fred Malek. "Hatchet man" was the sobriquet most often applied to him because of his alleged ruthlessness in paring the workforce and ousting those deemed disloyal to the Nixon administration.

Malek's deeds did not go unnoticed. In the fall of 1970, he was rewarded with a White House appointment as Haldeman's personnel chief. Hearts at the Department of Health, Education and Welfare lifted at the departure of a gung-ho partisan who would do anything to advance GOP interests. How much wasn't learned until years later.

The memorandum quoted at the beginning of this column was a report on the progress of the "responsiveness program," a scheme designed, organized and implemented by Malek in 1972 to politicize the federal government in support of Nixon's reelection. (The Senate Watergate committee reported that Malek later said the claim of having stopped action in the Texas EEOC case constituted puffing on his part.)

The Malek memo also claimed another accomplishment: The steward of a dockworkers union local in Philadelphia, an active Nixon backer, had been accused of being responsible for illegal actions of the union's president. The Pennsylvania Committee to Reelect the President asked that the Labor Department rule in the steward's favor. It did, Malek claimed, adding that "this action had a very strong impact on the local ethnic union members."

Malek's responsiveness program was extensively investigated by the Senate Watergate committee. The panel found that the program was aimed at influencing decisions concerning government "grants, contracts, loans, subsidies, procurement and construction projects," decisions regarding "legal and regulatory actions," and even personnel decisions that affected protected "career positions" -- all to advance Nixon's reelection.

Malek, the committee determined, also called for channeling federal grants and loan money to blacks who would support Nixon's reelection efforts and, conversely, away from minorities who were considered administration foes. Equally striking, Malek wanted the program to be falsely structured so that Nixon and the White House would be dissociated from it in the event of a leak.

" No written communications from the White House to the Departments -- all information about the program would be transmitted verbally . . . documents prepared would not indicate White House involvement in any way." -- March 17, 1972, Malek memo to Haldeman.

Malek's role as the program's chief architect, and his later activity as deputy director of the Committee to Reelect the President, were reviewed by the Senate Governmental Affairs Committee in 1982 when he was nominated by President Ronald Reagan to be a governor of the U.S. Postal Service.

The Republican-led Senate committee, after two days of hearings with Malek, refused to act on his nomination because, the St. Louis Post-Dispatch reported, senators felt that he had made conflicting statements under oath regarding his role in the program.

Before leaving the committee, however, Malek, sitting in the witness chair, caught an earful, according to a committee report on his hearings. Said then-Sen. John Danforth (R-Mo.), an opponent of the spoils system, on March 12, 1982:

"My understanding of the responsiveness program, whether it was legal or illegal . . . is that it was wrong, just plain wrong.

Sen. Pryor. "But you did nothing about it?"

Mr. Malek: "Well, we did something about it. We simply refrained from pursuing with vigor aspects of the program that had been laid out in prior memos."

Under questioning by Sen. Carl Levin (D-Mich.) during the second day of hearings, Malek admitted that a memo written by him did suggest that people who were not Nixon's supporters be punished in some way. "Unethical, immoral and improper" was the way Levin described Malek's role, adding that Malek had "spearheaded a calculated, systematic effort to sell government favors to the highest bidder in the Nixon reelection campaign and to punish low bidders or the nonbidders." Which may explain why Malek's bid for the postal job died in committee. If only the responsiveness program had been his sole bad deed.

The Post reported that in 1971 Malek had ordered the FBI to conduct an investigation of then-veteran CBS correspondent and Nixon critic Daniel Schorr.

It was also in 1971, The Post reported, that Malek was given a patently anti-Semitic order from a paranoid Richard Nixon to count the Jews in high-ranking posts in the Bureau of Labor Statistics (BLS). Instead of refusing, Malek set about compiling a list of 13 of 35 top BLS employees who, he believed, were Jewish. Less than two months later, two senior BLS officials who were Jewish were moved out of their jobs to less visible posts. Malek acknowledges carrying out the disgusting hunt for Jews, but he denies having anything to do with the transfers.

Disclosure of his role in counting Jews cost him his job as deputy chairman of the Republican National Committee in 1988, just as the responsiveness program had wrecked his postal nomination six years earlier.

All that is now considered ancient history. Malek, his friends and supporters vigorously maintain, has atoned for his actions. Now more than ever, he eschews anti-Semitism and adores good government.

In an interview on Thursday, Tony Williams said that longtime baseball advocate Malek has put together a group of investors who are well-anchored in the city and are generous supporters of D.C. schools and other socially useful activities. Malek, the mayor said, is prominently involved in positive community activities and is a key contributor to social causes.

"People also change as they get older," the mayor said. "Don't you think a person deserves a second chance?"

Of course I do. Even a rich, politically connected public figure who abused the public trust and had a major hand in polluting the political culture of this city deserves redemption -- provided, of course, that he (or she) has truly repented.

But that's not for me to judge. Leave it to the owners of Major League Baseball and to area sports fans in whose name Fred Malek seeks to become Washington's new baseball Caesar.

[…] Before Fannie Mae and Sarah Palin, Fred Malek Directed Nixon's … When Mayor Anthony Williams visited The Post in December to make a pitch for the stadium lease agreement that he had negotiated with Major League Baseball, I asked him why he had chosen to endorse the Washington Baseball Club (led by Fred Malek, Malek, the committee determined, also called for channeling federal grants and loan money to blacks who would support Nixon's reelection efforts and, conversely, away from minorities who were considered administration foes. […]

The Death and Life of Bernard Barker