The Bank of England played a vital role in one of the darkest episodes in central banking history, facilitating the sale of gold looted by the Nazis after their invasion of Czechoslovakia in 1938.

According to a hitherto unpublished history of the BoE’s activities in and around the Second World War, the U.K.’s central bank sold gold on behalf of the Reichsbank – which Germany’s central bank had seized from its Czech counterpart – after the U.K. government had frozen all Czech assets held in Britain following the Nazi invasion.

In March 1939, gold valued at the time at £5.6-million ($8.8-million) was transferred from the National Bank of Czechoslovakia’s account at the Bank for International Settlements (BIS), the so-called central bankers’ bank, to an account managed on behalf of the Reichsbank.

The episode has long weighed on the reputation of the BIS. However, what has received less attention is the role of the BoE in the affair. What emerges from the history, which appeared on the BoE’s website on Tuesday, is that the U.K.’s central bank prioritized the appeasement of the BIS over the British government’s wishes to freeze the sale of Czech assets.

The BoE, which then held the chair of the Basel-based institution through Otto Niemeyer, the director in charge of its overseas and foreign department, stored much of the BIS’s gold in its vaults at Threadneedle Street. That the BoE held the gold caused controversy after the story broke in the British media in May 1939.

The history, written by BoE officials and completed in 1950 but never published, also records that the U.K. central bank sold gold after this date on behalf of the Nazis – and without waiting for the consent of the British government – on the back of pressure from the BIS.

“This time, before acting, the Bank of England referred the matter to the chancellor, who said that he would like the opinion of the law officers of the Crown. On the BIS enquiring, however, what was causing delay and saying that inconvenience would be caused because of payments the next day, the Bank of England acted on the instructions referring to the Law Officers, who, however, subsequently upheld their action.”

The documents also show that Montagu Norman, then governor of the BoE, was opaque in his communications with John Simon, the chancellor at the time, when pressed on whether the central bank still held the Czech gold.

“On 26th May the chancellor wrote to the Governor asking whether the Bank of England still held the Czech gold, as the information might help him to answer questions in the House. The Governor in his reply (30th May) did not answer the question, but pointed out that the Bank held gold from time to time for the BIS and had no knowledge whether it was their own property or that of their customers. Hence, they could not say whether the gold was held for the National Bank of Czechoslovakia.”

The Spying Scotsman who Hunted the Nazis of New York: The Amazing Story of Britain’s Clandestine War on Hitler’s Agents … and His Big-Money Backers in the US
Dec 28 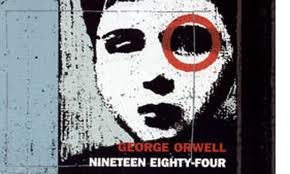