The day the US shot down Iran Airlines Flight 655

Under conditions where the US government has yet to provide any concrete evidence, the American media has rushed to place blame on Russia for the downing of Malaysian Airlines Flight 17 in eastern Ukraine. A prominent feature in the propaganda campaign against Russia has been to draw comparisons between this tragedy and the 1983 downing of Korea Airlines Flight 007 by a Soviet Su-15 interceptor.

On Friday, the Wall Street Journal blamed Russian President Vladimir Putin for the attack in an editorial titled “The Downing of MH17” and drew the connection between the two incidents, claiming that yesterday’s incident, just like Korean Airlines Flight 007, was a “moral turning point.” The Journal proclaims provocatively that in the “post-post Cold War era” the West must not see Ukraine as existing exclusively within Russia’s sphere of interest.

Despite the uncertainty which remains over the downing of MH17, one possibility which has been completely excluded by the media from the realm of possibility is that the US and German-backed regime in Kiev is responsible. Those who think that the US government is incapable of sanctioning such a horrendous action against innocent civilians should consider the infamous case of the downing of Iran Air Flight 655, in which 290 people died.

On July 3,1988, as the Iran-Iraq War as approaching its conclusion, the USS Vincennes, a US Navy Ticonderoga class cruiser, was in the Strait of Hormuz as part of a mission ostensibly to protect commercial shipping in and out of the Persian Gulf. The US had been intervening on the side of Iraqi President Saddam Hussein in the brutal eight-year war against the Iranian regime, providing money, weapons, and military intelligence. 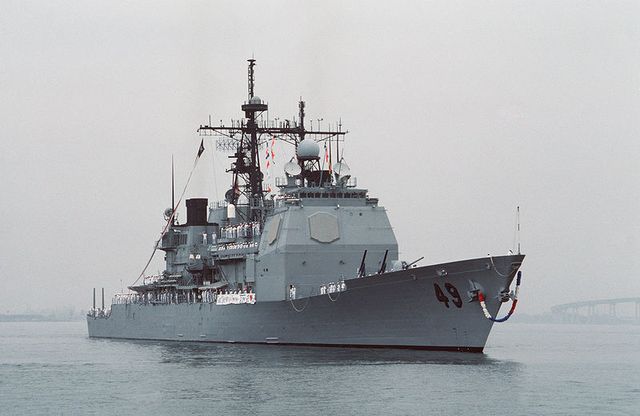 The US government claimed that the crew detected a plane that was transmitting signals which identified it as a military aircraft and that it was rapidly descending towards their ship; these signals resulted in the crew mistaking the large Airbus A300 for a much smaller F-14 Tomcat, one of a handful of warplanes still remaining in Iran’s arsenal from the days of the blood-soaked US-backed regime of the Shah.

The Vincennes sent out multiple warnings to the plane on military channels, but since it was a civilian aircraft it could not possibly respond to such warnings. When Flight 655 was twelve and half miles from the cruiser, the ship fired two SM-2MR surface-to-air missiles, both of which struck the aircraft, blowing it out of the sky and killing everyone on board. 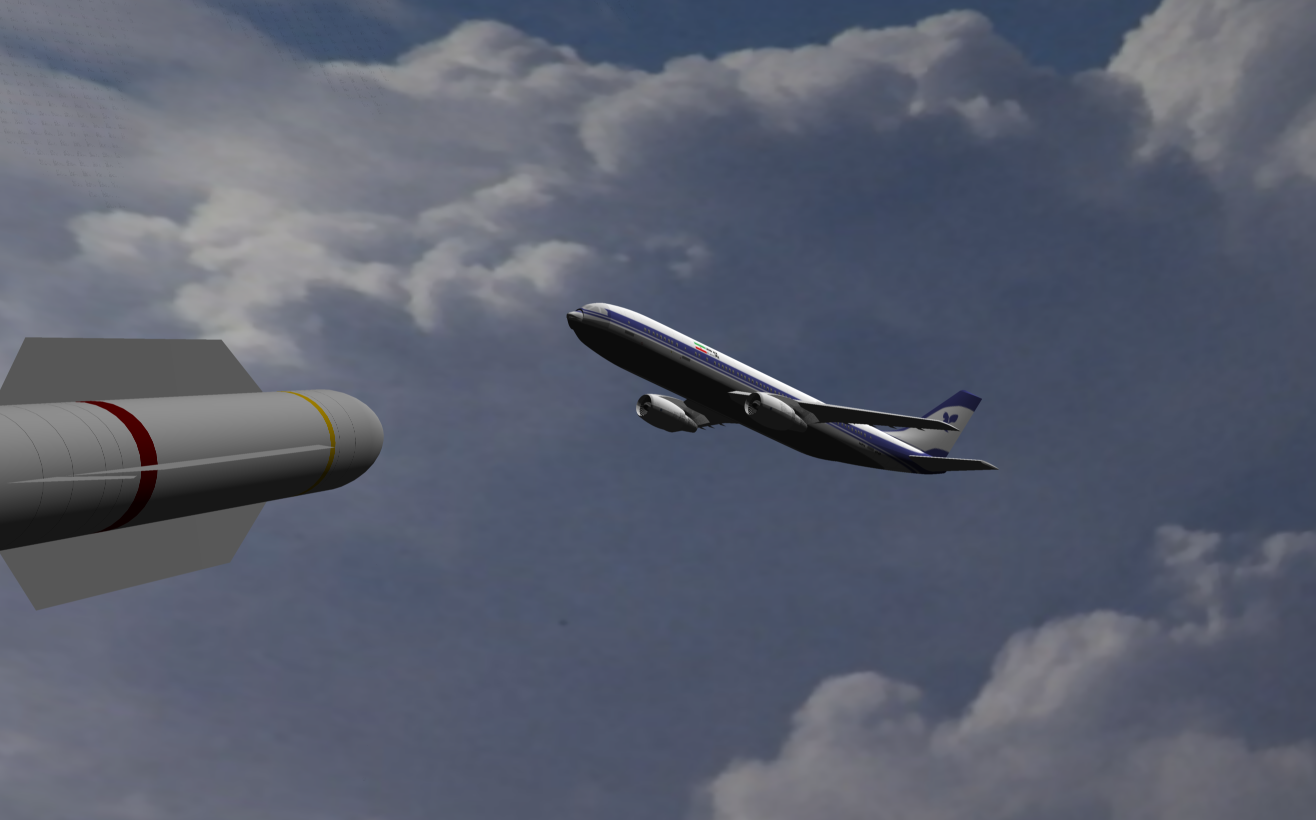 President Ronald Reagan, in a statement released shortly after the attack, called the shooting down of Flight 655 by the crew of the Vincennes a “proper defensive action.” Admiral William J. Crowe, Jr., the Chairman of the Joint Chiefs of Staff, justified the downing of the passenger plane, saying that commanders on the ship had “sufficient reasons to believe their units were in jeopardy and they fired in self-defense.”

The US government’s initial claims about the circumstances surrounding the attack were eventually revealed to be false. Flight 655 was transmitting signals which clearly identified it as civilian and rather than descending as if to attack was ascending away from the Vincennes. Electronic records from the ship showed that this is exactly what the crew just prior to the attack detected.

The Pentagon eventually blamed human error as the ultimate cause of the attack and no one on board the ship or elsewhere in the US Navy was ever disciplined. The commanding officer of the Vincennes during the deadly attack, William C. Rogers, III, was awarded the Legion of Merit for “exceptionally meritorious conduct in the performance of outstanding services and achievements” in 1990. The US government went as far as to claim that the 18-man bridge crew experienced “scenario fulfillment,” a collective psychological condition that led them to shoot down the civilian aircraft.

A more plausible theory is that the shooting down of the Iranian jetliner was a deliberate action taken by the US military to terrorize the Iranian government into acceding to terms more favorable to Iraq in the ongoing talks to bring an end to the Iran-Iraq War. It is noteworthy that just 17 days after the destruction of Iran Air Flight 655, Ayatollah Khomeini publicly accepted a UN-brokered deal that he had previously opposed.

A brief submitted to the International Court of Justice by the Iranian government in 1990 concluded that the desire of the US Navy and the crew of the Vincennes for an opportunity to utilize their state-of-the-art weapons systems while in the Persian Gulf contributed to the shooting down of Flight 655. Iran claimed that the downing of the civilian aircraft had violated international law and thus demanded full reparation for the crime from the US government.

Despite eventually agreeing in 1996 to a $61.8 million compensation payout to the families of the victims, the United States government has never admitted responsibility for the fatal attack or officially apologized to the Iranian government for the incident. 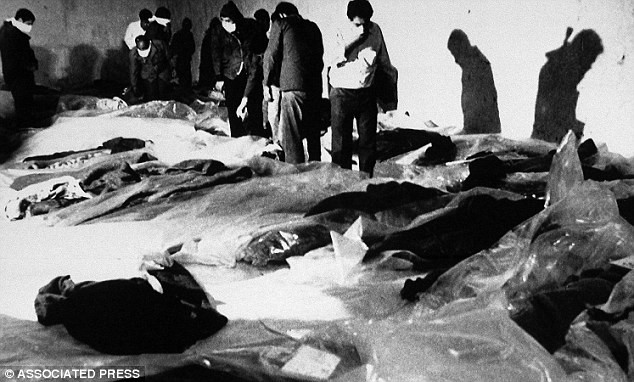 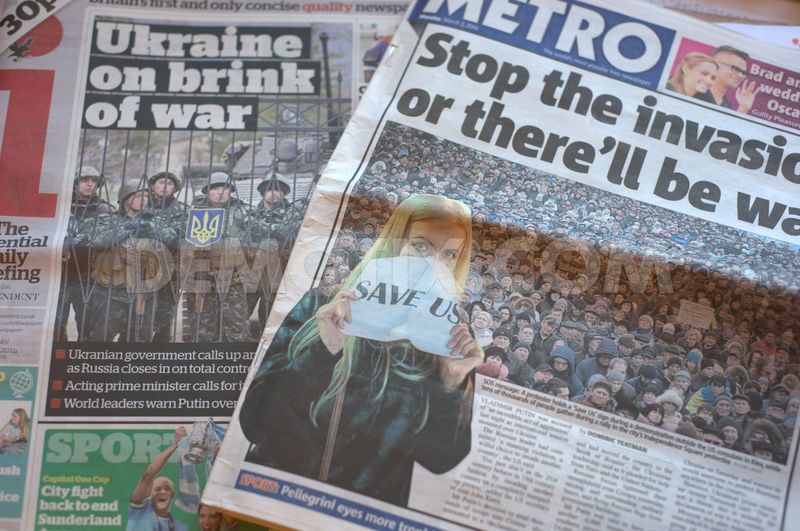 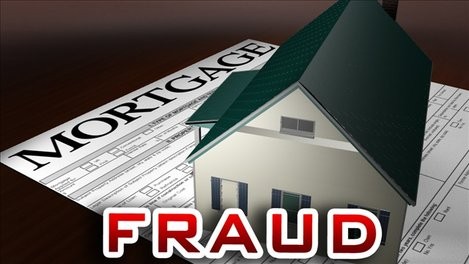