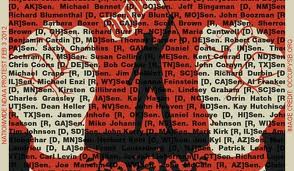 In an effort  to restore the United States Constitution and Bill of Rights, 11th Ward Councilman Anton Konev of the Albany, NY Common Council, has introduced Resolution  80.92.13, the strongest resolution in the nation, designed to protect Albany’s citizens from any application of sections 1021 and 1022 of the 2012  National Defense Authorization Act (NDAA), or the Law of War in the City of Albany.

The 2012 National Defense Authorization Act was overwhelmingly passed by  Congress and signed into law by President Barack Obama on December 31, 2011. The 2012 NDAA declares the United States to be a battlefield in the war on terror and Sections  1021 & 1022 authorize the indefinite detention, without charge or trial, of all persons on US soil  accused by the President of undefined “support” for terrorist activity or commission of a ‘belligerent act”.  This violates multiple provisions of  the US Constitution, including the 1, 3, 4, 5, 6, 8 and 14th amendments.

People  Against the NDAA (PANDA), a national,  nonpartisan, grass roots organization founded in January 2012, is committed to  reversing the NDAA’s unconstitutional authorizations with activism to affect policy at the level of state and local government.  PANDA started in  Bowling Green, OH and has since expanded into over 30 state  teams nationwide.

If the resolution is adopted by Albany’s City Common Council, law enforcement in Albany will be required to interpose between the U.S. military, or other similar agencies, and Albany residents under the NDAA’s special provisions, or under any interpretation of Presidential authority permitting detention of U.S. residents without trial under the Law of War.  New York’s state and federal  legislators, its governor, and its Attorney General will be notified of the City’s determination that local and federal officers will obey the letter of the Constitution and allow due process including a trial to all Albany residents.

PANDA’s New York State Team lobbied hard for this resolution and supplied the initial language from which the resolution was adapted. Kelly Citrin, director emeritus  of PANDA NY, said:

“The National Defense Authorization Act of 2012 is the most dangerous  law passed by the United States Government in recent memory, and this resolution  is the beginning of a restoration of American civil liberties in Albany, New  York, and throughout the Country. The fight goes on, unrelenting, and this  resolution will be a rallying point for the energies of our fellow  Americans to restore what was always theirs.” Project SALAM’s Lynne Jackson and Albany mayoral candidate Jesse Calhoun also did invaluable work to advance this  resolution.

Passage of  this resolution will go a long way to restoring the protections of the rights of  the people of Albany, NY and, through the example it will create, the citizens  and non-citizen residents of every municipality in the United States of  America.  Albany activists hope to restore the fundamental right to a fair  trial to all persons in the United States, and hope a fair trial of the NDAA  will result in its permanent removal from everyday life among the residents of  Albany, NY.

Tell the  Common Council to pass the strongest resolution in the nation. Act NOW to stop  the NDAA in Albany, NY. 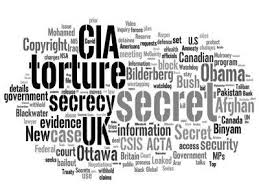