By Alex Constantine(Adapted from The Lexington Comair Crash, Part 24) 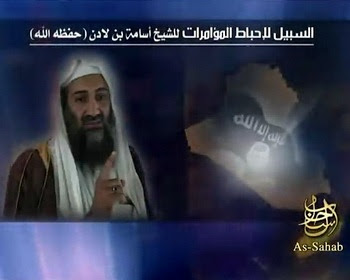 His death by apparent heart attack in 2002 was a shock to his many friends in the industry, as one horse racing trade publication notes: "On Monday, July 22, 2002, the racing world was stunned by the announcement of the death of 43-year-old Prince Ahmed bin Salman bin Abdulaziz, the principal partner of te Thoroughbred Corporation, from a heart attack. ... Currently Thoroughbred Corp. has approximately 60 horses in training mostly stabled with Bob Baffert, D. Wayne Lukas, and John Shireffs, along with 45 broodmares, mostly at Mill Ridge Farm in Lexington. ... His name will always be associated with War Emblem, his one Kentucky Derby winner [in 2002], which he quipped was 'one of the best investments I ever made in my life, besides buying oil in Saudi Arabia,' after he won the Preakness. He bought a 90% share in the colt just three weeks before the Derby, and with the win, became the first Arab owner to capture the Roses."178 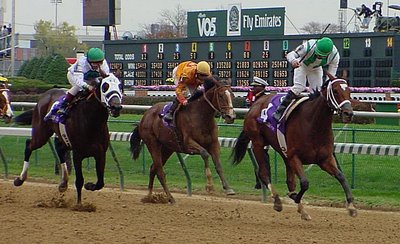 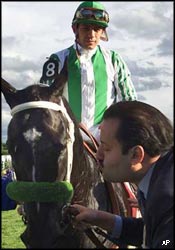 Bin Salman was one of several family members who died prematurely. Prince Ahmed's older brother, Prince Fahd, was also an owner and breeder of horses. His grass mare Fiji II (GB) was the 1998 champion. Prince Fahd passed away a year earlier, almost to the day, also due to a heart attack, at age 46.

Prince Ahmed was a nephew of Saudi King Fahd.179

From his newswire obit: "The nephew of Saudi Arabia's King Fahd was born on November 17, 1958. After studying in both the military and the University of California at Irvine he went into business, eventually becoming chairman of Saudi Arabia's Research and Marketing Group, a publishing company with offices in Riyadh and Jeddah, Saudi Arabia, and also in London, England. ... " 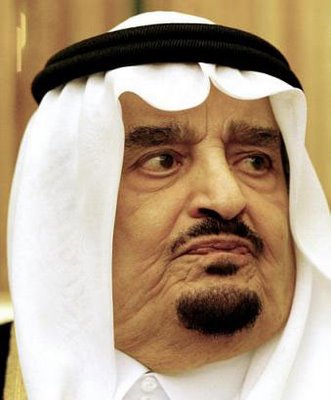 Mohammed al-Awwam, deputy editor of the leading Arabic-language newspaper, Asharq Al-Awsat, published by the Saudi Research and Marketing Group, chaired by Prince Ahmed, told the AP that the prince had been "complaining of stomach problems and had been taken to hospitals several times over the past six weeks."180 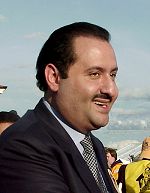 Bin Salman was the nephew of King Fahd, and ran the ruling family's publishing and media empire of television stations, newspapers, the official Saudi public relations arm, and a holding company. 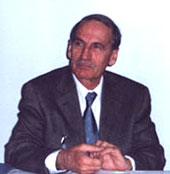 Jihad Khazen, a former editor at Al Hayat, bin Salman's London-based Arabic newspaper, frowns on the theory, first floated by Gerald Posner, a one-man CIA propaganda front, that the Saudi family may have been behind his death:

"The reasons for the deaths are well established but I want to settle once and for all the controversy about the death of Prince Ahmed as I knew him and his family for many many years and also the hospital and doctors. Prince Ahmed went into hospital for the simple treatment of hemorrhoids and once there decided to have a gastric ligation because he always suffered from a weight problem and was on a constant diet. This led to a heart attack and he passed away. No more no less...."181

This account leaves a mistaken impression: Bin Salman didn't have a heart attack on the operating table, or even at the hospital, under supervision.

Bloodhorse.com subsequently corrected the record. In "early reports on the death of Prince Ahmed, it was incorrectly reported that he died in his sleep from a heart attack. Reports published later said he was stricken at his HOME, then taken to a local hospital in Riyadh, where efforts to save him were futile."

A couple of professors at the University of Kentucky opined in a local newspaper interview that Posner *may* have a hidden agenda with his claim that the Prince had "foreknowledge of 9/11."182

Bin Salman's family, friends and most researchers dismiss the allegation out of hand. There are outrageous falsehoods in Posner's story, and most in the racing industry consider the allegations ridiculous.

Some, however, questioned Ahmed's odd behavior. Billy Reed, a columnist who writes on horse racing, recalls:

"After War Emblem's Derby victory, The New York Times, Sports Illustrated, The Blood-Horse and others attempted to get interviews with the prince He refused all requests. Why was that? He was sitting on top of the racing world. He had an opportunity to promote the sport on an international basis. But he didn't. This doesn't make him a conspirator, or co-conspirator, but Posner's story is disturbing, and it makes me wonder about Ahmed bin Salman. ... "183

Yes, Posner's book has its "hidden [CIA] agenda." Of course.

Everyone in this story has "a hidden agenda."

Posner supports his allegations by pointing out that the Saudi Research and Marketing Group publications are "virulently" anti-American.

But bin Salman loved the United States. He was educated here and was avidly pro-American. Nevertheless, it's true that the publications under his control – which dominate printed media in the Gulf states – were hostile to the United States, and fed the rage that pervades the Middle East. But this doesn't necessarily mean that Prince Ahmed bin Salman was allied with Muslim extremists – the anti-American

slant of state-run media under most repressive regimes in the Middle East serves to DISTRACT from THEIR OWN EXCESSES. Anti-Semitism serves the same purpose. This is what authoritarian government does, where it lives, concocting strategies of "tension."

It also keeps the Middle East destabilized. And many Muslims in the region know their enemy:

"You know, we're saying 'death to America,' but we're not really against Americans. We're really just against the CIA." – Iranian protester to NewsHour's Elizabeth Farnsworth

The dissenters in the Middle East may want to take a closer look at bin Salman's media group. 9/11 researcher Chaim Kupferberg writes that, leading up to 9/11, in the Spring of 2001, "an incriminating wedding videotape, apparently implicating bin Laden in the Yemen bombing, was circulating around the Middle East after being broadcast on the ubiquitous al-Jazeera television station." Bin Laden, in the video, according to the Saudi-owned al-Hayat newspaper (more on them later, too), "recited a poem celebrating the bombing of the U.S.S. Cole. This from the ABCNEWS.com site dated March 1: "Al-Hayat, which carried a photo of bin Laden and his son at the wedding, said ITS CORRESPONDENT WAS THE ONLY JOURNALIST AT THE CEREMONY, also attended by bin Laden's mother, two brothers and sister who flew to Kandahar from Saudi Arabia. 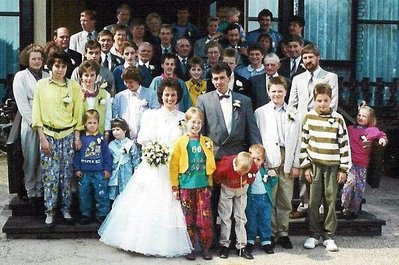 The wedding that Osama bin Laden (supposedly) attended, according to Atwan

"And yes, here, too, Atwan offers his thoughtful review of the bin Laden video, courtesy of PTI, datelined London June 22, 2001: '[Atwan] said the video was proof that the fugitive Saudi millionaire [the Bruce Wayne of terrorists] was fit, well equipped and confident enough to send out a call to arms.' Why this sudden need for proof? According to Atwan in the same article: 'There have been rumours that [bin Laden] is ill and that he is being contained by the Taliban in Afghanistan. It is quite clear from the film that he is in good health to the point where he can fire a rifle, and is free to operate as he chooses.' In other words, limber enough for his *STARRING ROLE* in the months ahead. 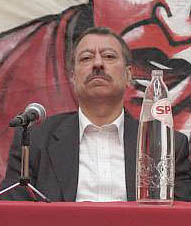 "So who is Abdel Bari Atwan and why is he anxious to tell us so much? According to the Winter 1999 issue of INEAS (Institute of Near Eastern and African Studies), Abdel Bari Atwan, a Palestinian, was born in a refugee camp in the Gaza Strip in 1950. Educated at the American University of Cairo, Atwan moved to Saudi Arabia and worked as a writer for the al-Madina newspaper. In 1978, he moved to London, where he became a correspondent for the Saudi-owned Asharq Al-Awsat newspaper ...

Incidentally, Atwan had personally interviewed bin Laden in Afghanistan in 1996 - among the very few to do so. As reported by Michael Evans in the August 24, 1998 issue of The Times, Atwan 'is trusted by bin Laden.'"

Is that so? Atwan was the American media's "go-to" guy "back in 1998 when he informed us, after President Clinton bombed tool sheds in Afghanistan, that bin Laden issued this threat against the United States: 'The battle has not started yet. The response will be with action and not words.' In the same article (which I took from Nando Times), ABC News is the source for an additional threat called in by Ayman al-Zawahiri, a senior bin Laden aide: 'The war has just started. The Americans should wait for the answer.'

"Only a few months before that, ABC had conducted its televised interview of bin Laden. By the summer of 1998, primed by Atwan, ABC NEWS, and a surprisingly small clique of well-worn sources, we had come to know bin Laden as America's latest "Saddam", "Qaddafi", "Noriega" - take your pick and set your bomb sites. By October 2000, when the U.S.S. Cole was bombed in Yemen, in case there was any doubt, Atwan offered Reuters his helpful analysis with regards to the source of blame: "I do not rule out that this was undertaken by Osama bin Laden. Yemeni groups don't have the experience to carry out this kind of operation." Atwan informed Reuters that bin Laden 'was unlikely to claim direct responsibility for Thursday's attack for fear of U.S. reprisals.' One can imagine, then, that Atwan gave his trusting phone mate cause for many a sleepless night. With friends like these... " 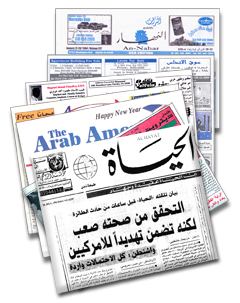 Atwan was a Chalabi and a Mockingbird, "Trusted Source" Division. And the "anti-American" al-Hayat, owned by Prince Ahmed bin Salman, was, in coordination with ABC, playing a deadly *PSYOP* game ... 184