A Life Guided by the CIA’s KAPLAN FUND 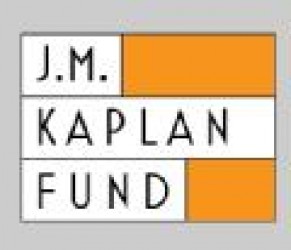 The Girl I Left Behind will mean most to those who remember the days in the late 1960s when the feminist slogan "The personal is the political" was born.

Judith Nies, a writer and teacher in Massachusetts, remembers those years of consciousness-raising groups and political action. Her memoir focuses on the changes she went through during the '60s as well as the broader political and cultural changes of the period.

In 1962, Nies had just graduated from Tufts University, "pretty much a townie school then," full of students such as Nies, who was the first in her family to attend college. While waiting tables in a restaurant on Cape Cod, she met "The man who would later call himself my godfather."

Ray Rubinow identified himself as a New Yorker working for the Kaplan Foundation, which was dedicated to "saving Carnegie Hall and that kind of thing." Both he and his new wife were fascinated to hear about Nies' honors thesis about the Soviet secret police, and he encouraged Nies to apply to graduate school at the School of Advanced International Studies in Washington.

Long after she had gotten her master's degree there, Nies discovered that "The Kaplan Fund had been identified as one of several CIA front organizations that channeled money into student, cultural and political organizations.

"The question I had failed to ask during that fateful summer of 1962 was how could Ray Rubinow know that I would be such a terrific addition to a school of international studies from the way I served clam chowder and Portuguese bread?"

During graduate school, Nies studied in Italy, where she met her future husband, Mac, a fellow student and the son of a New York banker. Mac went on to get a job with the Treasury Department, although Nies hints that this might have been a cover for the CIA. (After their divorce in 1974, "Mac got the career and life he deserved," Nies says cryptically.) ...