“Gif and Bob are experienced industry veterans and exemplary technologists that join the company at a pivotal stage in the unified communications industry,” said Kendall Larsen, president and CEO of VirnetX. “Gif’s extensive experience in security architectures coupled with Robert’s deep expertise in VPN technology are tremendous assets to the company as awareness of unified communications security vulnerabilities increases and the market demands a seamless, automatic solution for secure communications.”

Prior to joining VirnetX, Munger was chief system architect and assistant vice president at Science Applications International Corporation (SAIC) where he held the same senior position for the FBI’s Counterterrorism Data Warehouse Prototype. Munger worked on several advanced defense systems. He holds a Master of Science degree in naval architecture and marine engineering from MIT and a Bachelor of Science degree in naval science from the United States Naval Academy.

Short was previously assistant vice president and division manager at Science Applications International Corporation (SAIC) and worked in various other positions within the company since 1994. He holds a Ph.D. in electrical engineering from Purdue University along with a Master of Science degree in mathematics and a Bachelor of Science degree in electrical engineering from Virginia Tech. …

… From inception in 1992 until January 2003, VirnetX Holding Corporation (through its predecessor corporation) was engaged in the business of developing and licensing software that enabled internet and web based communications. As of January 31, 2003, we had sold all of our operating assets, and since such time our only source of revenue has been derived from nominal royalties payable to our wholly-owned Japan subsidiary, NETWORK RESEARCH CORP. Japan, Ltd. pursuant to the terms of a single license agreement. We acquired VirnetX as a wholly-owned subsidiary on July 5, 2007 and ceased being a shell company. Additionally, pursuant to the merger with VirnetX, we experienced a change in control, with the former securityholders of VirnetX acquiring control of VirnetX Holding Corporation.

… VirnetX acquired certain patents in 2006 from SAIC, pursuant to an assignment by SAIC to VirnetX of all of SAIC’s right, title and interest in and to such patents. VirnetX has granted SAIC an exclusive, royalty-free and perpetual license under these patents outside of VirnetX’s field of use. … Our business depends on our rights to and under the patents we obtained from SAIC. Our agreements with SAIC impose various obligations on us, including payment obligations and minimum royalties that we must pay to SAIC.

VIRNETX BOARD OF DIRECTORS AND PHOENIX TECHNOLOGIES

VirnetX Board of Directors

Prior to joining VirnetX, Kendall Larsen was a security domain expert at Osprey Ventures, part of the investment team focusing on early-stage companies in the business and consumer technology marketplace. Before Osprey, he was the senior vice president and general manager of Phoenix Technologies’ security division [See list of members of this PT division below].

Larsen has more than 18 years of high-tech experience with an emphasis on strategic market development and execution. Other senior sales and management positions were held at corporations such as Ramp Networks, General Magic, Novell Inc., IBM/Rolm and Xerox Corporation.

Larsen holds a Bachelor of Science degree from the University of Utah.

Edmund Munger is the chief technology officer for VirnetX and the co-inventor of the company’s technologies. He played an instrumental role in the development of “Zero Click” instant secure connect mechanisms for automated virtual private network (VPN) initiation and management systems.

He is also the co-inventor and lead designer for third-party identity management and collaboration services based on encryption and certification technology as well as the protocol for secure communications with assured system availability called NetEraser™.

Prior to joining VirnetX, Munger was the chief system architect and assistant vice president for the Technology, Research and Integration Business Unit at the Science Applications International Corporation (SAIC).

Previously, Munger was the chief system architect for the FBI’s Counterterrorism Data Warehouse Prototype and has worked on several advanced defense systems.

Thomas O’Brien joined the VirnetX board of directors in July of 2007 and currently serves as Chairman of the VirnetX audit committee.  Mr. O’Brien is currently President, CEO and Managing Director of TravelCenters of America LLC, based in Westlake, Ohio.  He is also currently a senior vice president of an advisory company based in Newton, Massachusetts.  Since 1996, he has served in various positions in real estate and related companies, including President and CEO of RMR Advisors, Inc., a registered investment advisory firm and Chief Financial Officer of Hospitality Properties Trust a publicly traded real estate investment trust.  Prior to 1996, Mr. O’Brien was a senior manager with Arthur Andersen LLP where he served a number of public company clients.  In 1988, Mr. O’Brien graduated cum laude from the University of Pennsylvania’s Wharton School of Business with a Bachelor of Science degree in Economics.

Michael F. Angelo joined the VirnetX Board of Directors in July of 2007.  He is currently the Chief Security Architect at NetIQ Corporation. Prior to joining NetIQ he was a security architect and manager of Government Engagements within Microsoft Corporation. Before that he was a staff fellow at Compaq Computer Corporation and subsequently Hewlett Packard.

Council responsible, for fiscal years 2000-2001 and 2001-2002 fiscal years, and has been a technology contributor and participant for the U.S. Commerce Department’s Information Systems Technical Advisory Council (ISTAC), since 1999. In addition, he was named as a distinguished lecturer in 2004 and 2005 by Sigma XI, the Scientific Research Society.

Angelo currently holds 49 patents, most of them in the areas of security and authentication. He was also named the 2003 Inventor of the Year for the city of Houston by the Houston Intellectual Property Lawyers Association.

Scott Taylor joined the VirnetX board of directors in 2007, and serves as chairman of the compensation committee.  He currently works as vice president of corporate legal services for Symantec Corporation.

The Technical Advisory Board for Security, which currently consists of six members who are diverse and distinguished leaders in the information security industry, will make recommendations to the company about its security strategies and solutions. Phoenix has several solutions in the market today that enable secure computing from the instant a user turns on a PC, server or other digital device. The company will expand these capabilities to address the growing security issues in today’s connected digital environment. The Advisory Board will hold its first planning and strategy meeting in early May.

Technical Advisory Board members include:

— Robert L. Bush, founder and president of Robert L. Bush and Associates, Inc., a management consulting firm specializing in information technology strategies. For nearly 20 years, Bob was a principal consultant to Time Inc. and Time Warner, and acted as its chief information security officer for the last two years of his relationship. He serves on the boards of several security-related companies.

— Edward A. Hart, president of Hart Enterprises, LLC, an information technology consulting firm that serves government, high technology and Fortune 100 companies. Ed was previously a senior vice president at SAIC and managing director of their Commercial Center for Information Protection, as well as a deputy director at the National Security Agency (NSA). He will serve as chairman of the Phoenix Technology Advisory Board.

— Ronald J. Knecht, senior vice president, Business Development,at SAIC. Before joining SAIC, Ron was special assistant to the assistant Secretary of Defense for Command, Control Communications and Intelligence (C3I) at the Office of the Secretary of Defense. He is also a retired USAF colonel, where he served for more than 29 years in diverse staff assignments from the Joint Staff to Headquarters Strategic Air Command, as well as in operational assignments with various reconnaissance units.

— Lynn McNulty, president of McNulty and Associates, consultancy focusing on information security policy and program management. Formerly, Lynn was associate director for Computer Security at NIST. Prior to NIST, he held several senior management positions at the State Department, FAA and CIA. He is also a member of the board of directors for International Information Systems Security Certification Consortium.

Founded in 1979, Phoenix Technologies (NASDAQ:PTEC) helped launch the digital revolution when it created the industry’s leading machine-independent BIOS software, which ships in more than 100 million new systems each year. Phoenix continues to leverage that core-level experience to develop many other vital solutions at multiple points in the foundation of PCs and digital devices. Today, Phoenix solutions activate, secure, connect, and recover the world’s best-known systems. These solutions operate from a Core Managed Environment (cME), where they’re built in and protected from viruses, user errors, hackers, and corruption. Phoenix is headquartered in San Jose, Calif. USA (Silicon Valley), with offices in global business and technology centers.

‘The Nazis Wanted Oil, and the Arabs had it’: Questions for Edwin Black
Mar 28 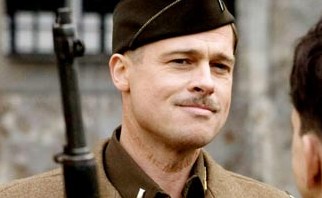 Author Edwin Black Speaks at SMU on IBM and the Holocaust