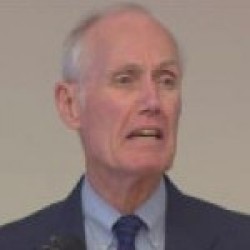 Every day Miriam Ali Ahmed cries in her small, darkened Tukwila apartment. A refugee for the last five years, she has much to mourn; all three sons and four of her nephews have been murdered during Somalia's decade-long civil war, the most recent shot point-blank in the head less than one month ago. All seven were killed, she says, on the orders of Somali warlord Colonel Abdullahi Yusuf Ahmed, the self-styled president of Puntland, a breakaway region of the war-torn country.

"He's killed all my children, and his are living in luxury," she exclaims in her native Somali.

Col. Yusuf will visit Seattle later this month, where he is to be feted before 500 attendees at the Sea-Tac Double Tree Hotel as the co-guest of honor, along with former Washington Senator Slade Gorton, at the "2002 Somalia Celebration," a $75-a-plate fundraiser for Yusuf, who talks of ruling over the rest of Somalia.

Miriam Ahmed is not alone in thinking a warlord like Yusuf ought to be arrested rather than honored. The upcoming event has angered many local Somalis. Indeed, another man whose brother was murdered by Yusuf's forces declined an interview with The Stranger, expressing fear of retaliation against still-living relatives. "Yusuf's record speaks for itself," says Awale Farah, an electrical engineer who is leading the local effort to expose Yusuf's violent history.

Somalis such as Farah see Yusuf as an exemplar of all that has gone wrong with Somalia since its decline, into the anarchy and civil war in the 1990s. Since the collapse of a flawed U.N. peacekeeping mission in Mogadishu, the capital, in 1993, in which 18 American soldiers died--enshrined in Black Hawk Down--Somalia was divided among about a dozen warlords.

A July 17 press release by Puntland's government stated Yusuf intends to use his U.S. visit "to strengthen diplomatic ties between Puntland and the U.S." and to explain to American officials his "plan to unify Somalia under a democratic regime."

Yusuf had been waiting for weeks in Ethiopia for a visa to visit the U.S. But on Monday, September 16, Koshin Mohammed, a local Somali and Yusuf's designated "U.S. Representative of Puntland," revealed that Yusuf's visa had finally been approved. According to Mohammed, he was scheduled to arrive in Washington, D.C., on the 17th to meet with CIA and State Department officials, and would appear with Gorton on Sunday, September 22. Busy preparing for Yusuf's arrival, he declined further comment.

Gorton defends his decision to appear with Yusuf. "The question is, is he a good warlord or a bad warlord?" Gorton asks. Though he is "in no position to provide any warranty" of the Somali's good intentions, Gorton says Yusuf's "part of the country seems more peaceful and secure than the part in Black Hawk Down." Therefore, he will "attend, meet Mr. Yusuf, and see where we go from there."

Other politicians are less sanguine. Jane Sanders, head of U.S. Rep. Jim McDermott's Seattle district office, says the congressman originally agreed to meet Yusuf but changed his mind after learning more about him during a meeting with the anti-Yusuf group.

Human-rights reports and other documents paint an ugly portrait of the warlord. Somaliawatch.com says he was "responsible for the killing of hundreds of his own clansmen" in 1992--when most of Miriam Ahmed's relatives were killed--and condemns his "penchant for assassinations." Though elected president of Puntland in 1998, Yusuf refused to step down at the end of his term in 2001, and his successful effort to topple his elected successor killed dozens, BBC stories and U.N. sources reveal.

The State Department's human-rights report acknowledges "the use of torture" by Yusuf's administration, and this year he evicted two BBC reporters and shut down independent radio and television stations in his domain. Moreover, on August 17, Sultan Hurreh, Miriam Ahmed's nephew and an outspoken traditional clan leader, was gunned down by Yusuf's personal bodyguards in front of journalists, a killing Yusuf's government has labeled as "accidental."

In short, Yusuf is "a classic Somali warlord," argues Omar Jamal, head of the Somali Justice Advocacy Center in Minneapolis. Expatriate Somalis have been unsuccessful in pushing the U.N. to create an international criminal court for Somalia, but at least one preliminary effort to form such a tribunal has included Yusuf's name on a list of potential war criminals.

Part of Yusuf's intention in visiting the U.S. is to build an image as an ally of the post-9/11 war on terrorism, his opponents say. Given Somalia's fractured politics--similar to Afghanistan--even the hint of American support will cow other warlords into recognizing his supremacy. Sources report that American officials, including FBI agents, have been spotted in Puntland recently, and they say Yusuf has turned over two men, a Syrian and Palestinian, to the U.S. Yusuf's opponents contend, however, that neither man was actually a member of al Qaeda, and Yusuf is manipulating American officials' ignorance for political gain.

"All of these warlords are pointing fingers at one another," Jamal explains. "They all claim to be fighting for democracy, and against al Qaeda. It's just a way of getting the Bush administration's support."