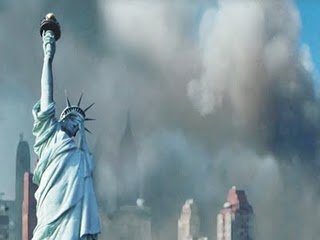 Since the turn of the millennium, John Farmer’s resumé has boasted many impressive accomplishments: New Jersey Attorney General, Acting Governor of that same state for 90 minutes on January 8, 2002 and, perhaps most importantly, Senior Counsel to the Bush-appointed - and dramatically underfunded - 9/11 Commission (also known as the National Commission on Terrorist Attacks Upon the United States).

Now, with a freshly inked contract from Houghton Mifflin Books in hand, Farmer is set [to] contradict the findings of the so-called “truth commission” that he once helped administrate with his new book, The Ground Truth: The Story Behind America's Defense on 9/11. ...