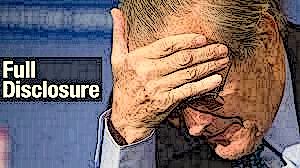 ” … In promoting the film, Morris has trashed Rumsfeld for his lack of contrition. In a press conference at the Toronto International Film Festival in September, the filmmaker described the ex-defense secretary as ‘vain,’ ‘smug,’ ‘shallow,’ ‘self-satisfied,’ ‘totally lacking in remorse, guilt or shame.’ … ”

Not unlike other veterans of George W. Bush’s administration, Donald Rumsfeld has insisted he doesn’t dwell on how the public regards his time as secretary of defense and his handling of the wars in Afghanistan and Iraq.

“I don’t spend a lot of time in recriminations, looking back or second-guessing decisions made in real time with imperfect information by myself or others,” Rumsfeld wrote in his 2011 memoir, “Known and Unknown.”

Yet Rumsfeld’s latest turn in the spotlight seems to acknowledge he cares more about his legacy than he would publicly suggest. The former secretary of defense is the star of “The Unknown Known,” a documentary directed by Errol Morris that examines Rumsfeld’s strategy for invading Iraq against the backdrop of his long tenure in public life, including his time in the Nixon and Ford administrations.

The 90-minute film, which premieres Thursday as part of the DOC NYC Film Festival in New York and opens nationwide in December, is culled from roughly 34 hours of interviews between Morris and Rumsfeld over 11 days last year.

For much of the movie, Rumsfeld looks directly into the camera, answers questions from Morris and reads from what he calls “snowflakes,” the thousands of memos he drew up during his years in government using a Dictaphone to document his thoughts while they were fresh.

The film is modeled in spirit after “The Fog of War,” a 2003 Oscar-winning documentary directed by Morris in which Robert McNamara, who was defense secretary during the Vietnam War, acknowledged he had made major mistakes.

But Rumsfeld, who was fired by Bush in 2006, offers no such apologies for his time at the Pentagon and does not come off as particularly tormented in the way McNamara was about things that happened on his watch. Nor does he particularly defend his actions — except in pointing out that many of the post-9/11 policies enacted by the Bush administration, including the treatment of so-called enemy combatants and holding them at a prison at Guantanamo Bay, have continued under President Barack Obama.

In Rumsfeld’s view, history will be the ultimate judge of his decisions — a stance also held by Bush and former Vice President Dick Cheney, who participated in a similar documentary that premiered at Sundance earlier this year.

The film captures some of the charisma that made Rumsfeld’s press conferences at the height of the wars in Afghanistan and Iraq must-see television viewing — including his verbal duels with the press over the exact meaning of particular words and phrases.

In the film, Rumsfeld reads from memos in which he debated the meanings of “guerilla warfare” and “insurgency” during the Iraq War. And, in perhaps one of his most famous riffs, which inspired the film’s title, Rumsfeld explains the difference between “the known knowns” — which he defines as things that we know we know — and “known unknowns” — things we know we do not know.

In promoting the film, Morris has trashed Rumsfeld for his lack of contrition. In a press conference at the Toronto International Film Festival in September, the filmmaker described the ex-defense secretary as “vain,” “smug,” “shallow,” “self-satisfied,” “totally lacking in remorse, guilt or shame.”

“I’ve made a whole number of movies over the years about characters that seem to be completely unaware of themselves. I suppose in English the word that we often use is ‘clueless,’” Morris said.

In fact, the biggest unknown of “The Unknown Known” is why Rumsfeld agreed to do the film at all. It’s a decision that has perplexed at least a few of his former advisers — though they declined to speak on the record about the film or why they think their boss would participate in a project that his lawyer, Washington power broker Bob Barnett, reportedly urged him to decline.

Rumsfeld, through a spokeswoman, declined several requests for comment, but asked point blank in the final seconds of the film why he agreed to talk to Morris, the former defense secretary grins and replies, “I’ll be damned if I know.” 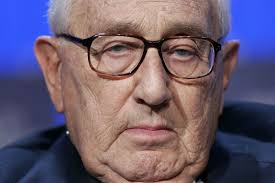 “My Lunch with a War Criminal”
Nov 17