JFK, the Birch Society and a bit of 1960s Psychohistory

” … The JBS suggested that John F. Kennedy and other leading members of the Democratic Party were part of this communist conspiracy. …  It was estimated in 1964 that the John Birch Society was spending $10 million a year on 7,000 weekly television and radio broadcasts. The editor of the Idaho Statesman wrote: ‘When day after day they hear distortions of fact and sinister charges against persons or groups, often emanating from organizations with conspicuously respectable sounding names, it is no wonder that the result is: Confusion on some important public issues; stimulation of latent prejudices; creation of suspicion, fear and mistrust in relation not only to their representatives in government, but even in relation to their neighbors.’ … “

… Actually, in agreeing to go to Texas, JFK knew he was heading into extremely hostile territory. Joe Pool – the Democratic Congressman from Dallas – was heavily backed by big money . He told “Big D” constituents that the Kennedy administration had “turned my stomach”. The mayor of Dallas – Earle Cabell – was a friend and associate of Robert Welch, the founder of the John Birch Society. The mayor and his wealthy cronies hated JFK. Some of them affixed bumper-stickers to their cars saying “K.O. the Kennedys”. Their wives played a game called “Which Kennedy do you hate the most?”. Prosperous, well educated young marrieds gathered over jumbo highballs in the trendy suburbs to swap jokes about assassination and lewd gossip about the First Family.

“When JFK woke up that morning in Fort Worth, Texas the Dallas Morning News was delivered with his coffee. At first he was too busy to read it and it wasn’t until after the breakfast banquet, when he was back in his hotel room, that one of his aides – Kenny O’Donnell – opened the paper to the appropriate page and showed it to him. His face turned grim and he shook his head, commenting that it was unimaginable that a paper could do such a thing.

“He handed it to Jackie saying, ‘We’re heading into nut country today’. O’Donnell took the paper to a window and reread it. The President prowled the floor. Abrubtly he paused in front of his wife. ‘You know, last night would have been a hell of a night to assassinate a President’, he murmured. He said it casually, and she took it lightly; it was his way of shaking off the ad… ‘I mean it,’ he said now, building the daydream. ‘There was the rain, and the night, and we were all getting jostled. Suppose a man had a pistol in a briefcase.’ He gestured vividly, pointing his rigid index finger at the wall and jerking his thumb twice to show the action of the hammer. ‘Then he could have dropped the gun and the briefcase–‘ in pantomime he dropped them and whirled in a tense crouch— ‘and melted away in the crowd.’ Lyndon Johnson came in immediately after this 007 caper… Jacqueline Kennedy examined the still uncertain sky. She hoped it would darken. It would be ridiculous to spend all that time getting ready and then ruin everything in a forty-five-minute ride in an open car. ‘Oh, I want the bubbletop,’ she said wistfully. …

From: A death down in Dallas

… On the day John F. Kennedy was shot in Dallas, there were school children who cheered the news, sons and daughters of those who had vilified the man as a threat to American values, a guy who had tried to tell big business what to do, a politician entirely too sympathetic to those uppity black folks who were making so much commotion throughout the land.

The John Birch Society had been busy launching what would become a cottage industry from that time forward – the demonization of the Kennedy clan as a family of left wingers intent on handing the U.S. over to the forces of international communism.

Never mind the fact that Kennedy was a staunch Cold Warrior who was willing to bring the world to the brink of a nuclear apocalypse in defense of capitalism.

The right-wingers longed for an even more bellicose president, one more like Sen. Richard Russell, who would utter this idiotic sentiment: “If we have to start over again with another Adam and Eve, then I want them to be Americans and not Russians, and I want them on this continent and not in Europe.”

Much of that mood now has returned to these shores in a time when far too many Americans hunger for a world of stark and simple-minded contrasts: between black and white, good and evil, American and un-American. Voices of fear and hate grow louder as promised hope for change seems to recede.

For some of us who remember those children who cheered the death of a young president in Dallas, the mood is reminiscent of that time when a man who promised a new era was struck down on a bright autumn day when neither the world we knew, nor those who lived in it, would ever be quite so young again.

Despite Bechtel Funding, PBS Chief has No Regrets over George Shultz Puff-Piece 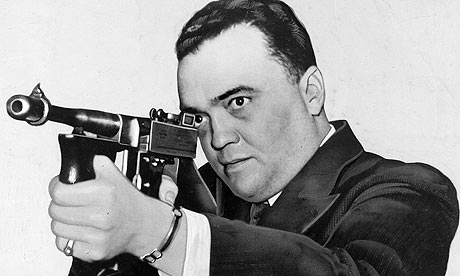