" ... As head of the military's chemical and biological warfare division, he is accused of creating viruses that would only attack black people. ... " 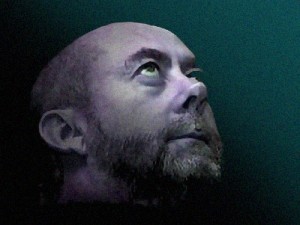 A South Africa court has rejected an application by "Dr Death" Wouter Basson for a discharge on four charges of unprofessional conduct.

Dr Basson is charged with producing illegal drugs in the apartheid era. As head of the military's chemical and biological warfare division, he is accused of creating viruses that would only attack black people.

The Health Professions Council (HPC) has ruled that he does have a case to answer. He could lose his medical licence.

The HPC granted Dr Basson a discharge on two of the charges and part of a third charge against him, but ruled that the hearing on four remaining charges should continue later this year. HPC professional conduct committee chairman Jannie Hugo said it could not be said that there was no evidence on which a reasonable man could convict Dr Basson.

The man dubbed Dr Death escaped a criminal conviction in 2002, arguing that he had acted under orders of the South African Defence Force (SADF).

He is now a cardiologist in Cape Town.But the HPC is investigating whether he should be struck off the doctor's roll for providing soldiers with cyanide capsules. He is alleged to have provided security forces cyanide to help them commit suicide, "weaponising" thousands of 120mm mortar bombs with teargas, and providing drugs that would disorientate SADF prisoners

Dr Basson brought an application saying no evidence of wrongdoing had been brought against him.

"I closed this chapter 20 years ago," he told reporters outside the hearing at the HPC offices in Pretoria last year.n"All I want is to continue serving the country as a medical professional," he said at the time.

The hearing will continue on March 27.

Dr Basson's attorney Wynanda Coetzee, said she was "satisfied" with the ruling but had not yet decided if he would testify, reports say.