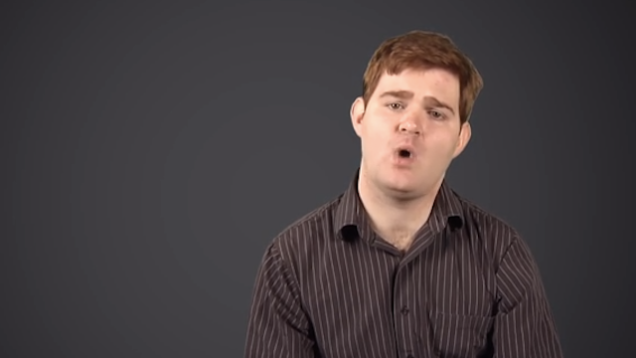 Over the past few weeks, venomous conservative blogger and rumored floor-shitter Charles. C. Johnson has dedicated himself almost single-mindedly to exposing the woman he believes is Jackie, the University of Virginia student at the center of Rolling Stone‘s crumbling and much-criticized story about rape at UVA. Jackie stands by her claim that she was gang-raped by seven men at a frat house, her friends who say they saw her that night dispute several of her claims, and Chuck, well, he’s decided that Jackie is, in his words, a “rape-obsessed” liar and, in the service of exposing her, ran both what he says is Jackie’s full name, as well as, separately, a photo he said was her at a 2011 SlutWalk rally in Washington D.C. Except the photo wasn’t her, and the woman he wrongly identified says she’s pursuing legal action against him.

On his site GotNews, Johnson reported on December 9 that he’d obtained a photo of UVA’s Jackie “proudly displaying” a sign indicating that she was a rape survivor, taken well before the UVA incident allegedly occurred.

“Are we really to believe that a mere 18 months later [Jackie] didn’t know what to do after she’d been raped a second time?” Johnson wrote.

But Little Green Footballs quickly pointed out that on SlutWalk DC’s Facebook page, the woman is clearly identified as Angie Duran. Johnson seems to have pulled the photo from Pinterest, where it was also posted, without following it back to its source. The following day, SlutWalk DC issued a furious statement calling Johnson out:

It’s come to our attention that Charles “Chuck” Johnson of GotNews.com has used an image of one of our SlutWalk D.C. 2011 attendees with the claims that she is part of the events unfolding at UVA. We would like to state with 100% knowledge of the truth that his claims are unfounded, vile, and dangerous. We, nor the photographer of the image, gave permission for this photo to be used or provided any details to this “journalist”. He has put another young woman in danger of harassment and we are beyond disgusted. He was wrong and violated all journalistic integrity in publishing the information that he did.

Johnson issued a correction of sorts, apologizing for the mistake and allowing that the photo was probably Duran, but adding, “I honestly still don’t know” if the photo showed her or Jackie. Now, Duran says she’s pursuing legal action against him.

Over the weekend, the New York Times’ David Carr wrote a lengthy, very unflattering profile of Johnson, pointing out, “Much of what he writes is either wrong or tasteless” and almost outright jeering at Chuck’s hints that he has ties in Very High Places:

In conversation, Mr. Johnson is prone to narcissism, not uncommon in media types, but he has his own special brand of it. He sees himself as a major character in a great unfolding epoch, dwelling on his school-age accomplishments and his journalism awards and vaguely suggesting that he has strong ties to many levels of law enforcement. Like what, I asked?

“Have you ever read the book or heard of the book ‘Encyclopedia Brown’?” he asked, referring to a series about a boy detective. “That’s the capacity in which I help them. I don’t go out of my way to discuss the kind of, shall we say, clandestine work I do, because the nature of the work has to be clandestine in order for it be effective.”

Johnson is prone to threatening to sue other reporters, and has indicated he plans to pursue legal action against Gawker Media (Jezebel’s parent company) for Deadspin’s report that he maybe shat the floor once. He responded to Carr’s profile differently, though, publishing one of Carr’s decades-old mugshots from when he was a crack addict. (That probably would have been quite a bombshell, except that Carr already wrote a critically acclaimed book, The Night of the Gun, about his drug years. The mugshot is in there.)

Despite calling the NYT story a “hit piece,” Johnson is clearly glorying in the attention, both positive and negative: “My, my, I’ve been so naughty and yet the media Santas keep bringing the gifts of millions in PR.”

And now we’ve gone and given him more of the spotlight he craves. Merry Christmas, Chuck. Hope somebody sends you the largest possible chunk of coal. 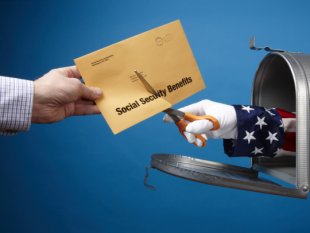