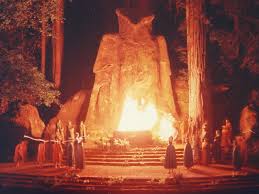 What do right-wing billionaire Charles Koch, film director Clint Eastwood and Santa Rosa businessman Victor Trione have in common? The answer, according to WikiLeaks, the secrecy-busting website, is that they are among 2,260 men on the Bohemian Grove guest list for 2008.

Trione, chairman of Luther Burbank Savings, said he was unimpressed with the citation by WikiLeaks and unabashed by his connection with the secretive Bohemian Club.

“Yeah, absolutely, I’m a member,” said Trione, who’s attended the club’s annual summer encampment at the grove in Monte Rio since the mid-1990s. “I love it.”

Trione was one of six men with Sonoma County connections listed as summer camp “guests” by WikiLeaks, whose founder, Julian Assange, has sought asylum in the Ecuadorian embassy in London and has been labeled a traitor and a spy by U.S. politicians.

WikiLeaks issued 12 tweets this week celebrating the weekend box office flop of the movie “The Fifth Estate,” an unflattering portrait of Assange and his organization.

The Bohemian Grove list is misnamed, according to Peter Phillips, a Sonoma State University sociologist who did his dissertation on Bohemian Grove. WikiLeaks’ posting is a membership list for the San Francisco-based club founded in 1872, not a guest list, Phillips said. Club members invite guests to the summer retreat, and the club stopped releasing the guest list in the early 1990s, he said.

Activists have demonstrated at the Bohemian Grove gates for years, with complaints ranging from the event’s secrecy to allegations that the rich and powerful campers are plotting capitalist schemes or worse, engaging in devil worship.

“I don’t even think that deserves comment,” Trione said, regarding the darker imaginings.

All six have been previously identified in the newspaper as Bohemian Club members.

Jasper, part of the Sonoma Media Investments group that owns The Press Democrat, is an avid clarinetist who performs with other Bohemian Club members. Person lent his tenor voice to the club’s theatrical productions.

Hansel defended the club’s timber plan for the 2,700-acre grove in a Close to Home column in The Press Democrat in 2010, noting that the club had guaranteed preservation of 162 acres of old-growth trees.

Hart and Bob Weir, former members of the Grateful Dead, are among the musicians, including Jimmy Buffett, in the Bohemian fold.

Founded by San Francisco journalists, artists and musicians after the Civil War, the Bohemian Club soon included wealthy businessmen and is now the province of plutocrats and powerbrokers who welcome musicians and actors for entertainment.

Trione said he stays at the grove’s Dog House camp, populated mostly by musicians and entertainers from Los Angeles.

“They needed someone without talent who could clap,” he joked.

WikiLeaks, best known for publishing secrets from the Afghanistan war and State Department diplomatic cables, said it obtained the list from “a 9/11 activist group (Truth Action).”

SF Truth Action describes itself as “a grassroots activist organization committed to raising public awareness about the true nature of the events of September 11th, 2001.” 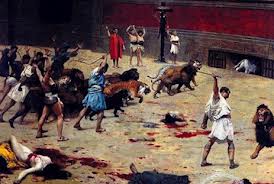