We Need to Know the Truth about Tamiflu

‘ … Roche hasn’t actually released the data yet. It has promised to do so, but it has promised that before. It also states that it has to edit the data to protect confidentiality and legitimate commercial interests. No one is quite sure what that means. If the data is heavily redacted we may have to brace ourselves for Round 2 of this fight. … “

With summer over and autumn now upon us, flu season is drawing closer, and bringing with it a renewal over the debate over the relative merits of anti-viral medication to treat the flu. The debate may finally be settled, now that Roche has agreed to release all its patient-level data on its flu medication oseltamivir (marketed as Tamiflu).

Tamiflu is an anti-viral medication designed to block infected cells from releasing more virus particles into your body. The initial reports were promising. In a 2003 meta-analysis, Tamiflu was found to improve influenza symptoms, and reduce hospitalizations and complications from influenza. When bird flu and swine flu appeared in 2005 and 2009 respectively, the fear that a global flu pandemic was coming prompted the World Health Organization to recommend stockpiling of anti-viral drugs. As a result, countries around the world spent an approximate $7 billion to create stockpiles of Tamiflu.

The money appeared to be well spent. However, in 2009 the National Health Service in Great Britain commissioned the Cochrane Collaboration (an international network of researchers) to review and update the evidence on the use of this class of medications. Initially, no one involved believed that the 2009 systematic review would yield any new insights. They were wrong.

The Cochrane researchers found that the 2003 study relied mostly on unpublished data supplied by Roche. After multiple attempts to get access to the data, researchers ran their analysis with the data they had available. They found no evidence to support claims that Tamiflu prevented the spread of, or complications from, influenza.

The publication of their report in the British Medical Journal at the end of 2009 was coupled with a call for Roche to make all their data public. What followed was a back-and-forth media campaign of Byzantine claims, counter-claims and accusations. Those interested can follow it at www.bmj.com/tamiflu. By the end of 2012, the BMJ editor in chief went on record calling for the release of the data. A letter to the editor called for European governments to sue Roche, to recoup the money they had spent on their stockpiles of Tamiflu. British members of Parliament were contemplating action. In the end, it seemed that too much pressure was coming from too many sources. On April 2, Roche announced that it would hand over the data.

There are in fact two issues here. First is the issue of whether governments spent billions of dollars on a medication that may not be effective. Second, and in my opinion more important, is the issue of access to clinical data. I don’t want to minimize the importance of the mismanagement of public money, but the lack of access to clinical-trial data has a more pernicious consequence than misspent funds. Suppressing information on the effectiveness of a medical therapy can lead to bad medical decisions and faulty public policy.

There are many who believe that a global flu pandemic is coming. Whether it will or not is impossible to say and most of my attempts to predict the future have proven to be woefully inadequate up to now.

What I will say, though, is that the current strategy to deal with a potential pandemic has been based largely on stockpiling Tamiflu. If it turns out to be ineffective and the global pandemic does come, we may find that all our built-up, emergency-preparedness measures will come down like a house of cards. If that happens, we will be in serious trouble.

To be fair, I don’t know whether Tamiflu is effective or not. We will have to await the results of the Cochrane Collaboration’s analysis. Furthermore, Roche hasn’t actually released the data yet. It has promised to do so, but it has promised that before. It also states that it has to edit the data to protect confidentiality and legitimate commercial interests. No one is quite sure what that means. If the data is heavily redacted we may have to brace ourselves for Round 2 of this fight. 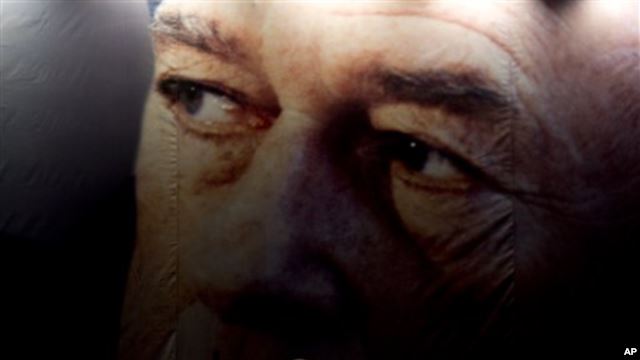