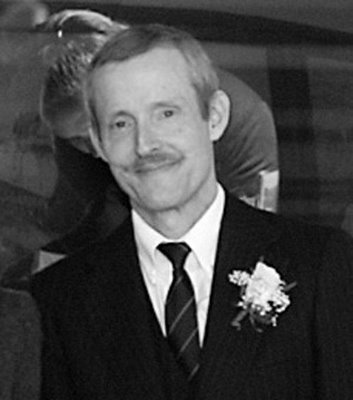 ” … The counselor [Ivins] saw for group therapy and biweekly individual sessions, who would eventually tell a judge that he was a “sociopathic, homicidal killer,” had a troubled past. Jean C. Duley, … shortly before she sought a “peace order” against Ivins, had completed 90 days of home detention after a drunken-driving arrest in December, and she has acknowledged drug use in her past. In a 1999 interview with The Washington Post, Duley described her background as a motorcycle gang member and a drug user. “Heroin. Cocaine. PCP,” said Duley, who then used the name Jean Wittman. “You name it, I did it.’ … “

Late last fall, Bruce E. Ivins was drinking a liter of vodka some nights, taking large doses of sleeping pills and anti-anxiety drugs, and typing out rambling e-mails into the early morning hours, according to a fellow scientist who helped him through this period.

It was around the time that FBI agents showed Ivins’s 24-year-old daughter pictures of the victims who had died in the 2001 anthrax attacks and told her, “Your father did this,” the scientist said. The agents also offered her twin brother the $2.5 million reward for solving the anthrax case — and the sports car of his choice.

Ivins “was e-mailing me late at night with gobbledygook, ranting and raving” about what he called the “persecution” of his family, said the scientist, a recovering alcohol and drug user who had been sober for more than a decade. The scientist, who spoke on condition of anonymity, said that he had been contacted by a co-worker of Ivins’s at the sprawling Army biodefense laboratory in Fort Detrick and that the co-worker said the veteran anthrax researcher “has really gone down the tubes.”

The scientist agreed to help Ivins, focusing on a 12-step recovery program. He was one of many people who intervened in Ivins’s life before he committed suicide last week as law officials were preparing to indict him in the anthrax attacks that killed five people.

Before he died July 29 of a Tylenol overdose, Ivins, 62, had two inpatient stays at Maryland hospitals for detoxification and rehabilitation and attended two sets of therapy sessions with a counselor who eventually sought court protection from him.

Ivins had just returned from a four-week stay at a psychiatric hospital in Western Maryland in late May when he wrote the fellow scientist in recovery a calm, six-sentence e-mail. “I hope,” it said, “that both of us avoid relapsing into our previous substance abuse.” Since his death, Ivins’s long-term mental health and the psychological effects of the investigation have become increasingly prominent questions.

The counselor he saw for group therapy and biweekly individual sessions, who would eventually tell a judge that he was a “sociopathic, homicidal killer,” had a troubled past. Jean C. Duley, who worked until recent days for Comprehensive Counseling Associates in Frederick, is licensed as an entry-level drug counselor and was, according to one of her mentors, allowed to work with clients only under supervision of a more-seasoned professional.

Shortly before she sought a “peace order” against Ivins, Duley had completed 90 days of home detention after a drunken-driving arrest in December, and she has acknowledged drug use in her past.

In a 1999 interview with The Washington Post, Duley described her background as a motorcycle gang member and a drug user. “Heroin. Cocaine. PCP,” said Duley, who then used the name Jean Wittman. “You name it, I did it.”

Ivins starting working with Duley after a stint in rehabilitation about six months ago. It was not the first time, though, that people sensed that he had an addiction problem. W. Russell Byrne, an infectious disease specialist who worked with Ivins in the bacteriology division at Fort Detrick until Byrne’s 2000 retirement from the Army, has kept up with his former colleagues. Byrne said he remembers offering Ivins a beer one night several years ago when Ivins made a rare appearance at a party at Bushwaller’s, an Irish pub in the heart of Frederick where their crowd of scientists sometimes gathered. “He declined,” Byrne recalled. “He said he had a family history of alcoholism.”

Gerry Andrews, who worked with Ivins at Fort Detrick for nine years and was the bacteriology division’s chief from 2000 to 2003, said that it was rare for Ivins to join the other researchers after work for beer and that Ivins drank so little he was kidded about being a teetotaler.

Andrews said that after he retired from the Army, he kept in touch with Ivins via e-mail, sharing jokes and pondering scientific questions. Then in fall 2007, Andrews said, “he kind of fell off the radar screen. I found out that there was some issues with his house being surveilled.”

According to the scientist, who said he spent about 80 hours with Ivins to help him recover from his addiction, the FBI agents pressured Ivins’s children, and they were pressuring Ivins in public places. One day in March, when Ivins was at a Frederick mall with his wife and son, the agents confronted the researcher and said, “You killed a bunch of people.” Then they turned to his wife and said, “Do you know he killed people?” according to the scientist.

The same week, Ivins angrily told a former colleague that he suspected his therapist was cooperating with the FBI. On March 19, police were called to Ivins home and found him unconscious. He was evaluated at Frederick Memorial Hospital.

Ivins was an inpatient in April at Suburban Hospital in Bethesda, the scientist said, and it was during that time that Ivins and the scientist had especially intense visits. And in a late morning e-mail to him on May 26, Ivins wrote: “I just came back from 4weeks of rehab at the Massie Unit of the Finan Center in Cumberland. It was a good program. . . . They talk about relapse triggers, relapse prevention, stress management, etc.”

It is unclear when Ivins began to see Duley at Comprehensive Counseling, 1 1/2 miles from his home. According to a court filing last month, Duley said she had known Ivins for six months. Another source said Ivins began to see her after he left Suburban Hospital.

A spokeswoman at Suburban, while not confirming whether Ivins had been a patient, said the behavioral medicine department there sometimes gives patients lists of places near their homes where they can pursue outpatient therapy, including Comprehensive Counseling.

According to court records, Ivins also saw a psychiatrist, David Irwin, at Shady Grove Psychiatric Group in Gaithersburg, although it is unclear when he was a patient there. Neither Irwin nor Duley have returned repeated phone calls. Allan Levy, Duley’s boss and the director of Comprehensive Counseling, declined to comment.

Duley, seeking the protective order against Ivins, testified before a Frederick County judge last month, saying that Ivins had said during a June group therapy session that he had bought a bulletproof vest and a gun to carry out “a very detailed plan to kill his co-workers.” When she sought to have him committed, she said, he threatened her. To this day, Duley is the only person who has said publicly that Ivins intended to kill. In court filings, she said she was cooperating with the FBI.

Previous Article
Mystery of Siddiqui Disappearance
Next Article
Media War on “Conspiracy Theorists”: Rolling Stone’s Matt Taibbi is Mentally Ill and will Only be Hunter S. Thompson in his most Far-Fetched Dreams

The Dizziest Military-Industrial Propagandist in the National Media
Mar 26

Media War on “Conspiracy Theorists”: Rolling Stone’s Matt Taibbi is Mentally Ill and will Only be Hunter S. Thompson in his most Far-Fetched Dreams
Alex Constantine Aug 05