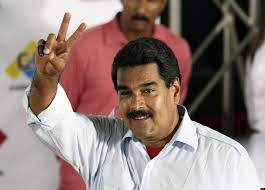 CARACAS, April 16 (Xinhua) — Venezuelan President-elect Nicolas Maduro Tuesday pledged to fight fascism with a “firm hand, ” saying he will not allow the opposition to spread violence in Caracas through a proposed protest rally Wednesday. He also accused right-wing presidential runner up Henrique Capriles and the groups that back him of being responsible for violent post-election clashes Tuesday that left at least seven people dead.

“The rally in downtown Caracas will not be allowed, I will not permit it. I will fight fascism and those who attack democracy with a firm hand. If they want to topple me, they can come get me, ” Maduro said at an event in Miranda state, where Capriles served twice as governor. “We call on the people to hold a permanent April 13. Everybody has to be alert, without losing serenity and joy. They can’t take from us the right to love and joy, for us and for our children. We reject violence,” said Maduro. “What we are defending is something very important, what we are defending is the heritage of the giant who backs us, Simon Bolivar, who was revived by the hand of Hugo Chavez and the awakening of the Venezuelan people,” he said.

Maduro said the opposition’s protest plan “is not a democratic plan, it is a coup, it is a plan to destabilize the country.” The president-elect also warned that if the post-electoral violence continues, he will “radicalize the Bolivarian revolution. ”

Venezuela’s Attorney General Luisa Ortega said Tuesday that post-electoral protests demanding a vote-by-vote recount have so far left seven dead and 61 injured. At least 135 Venezuelans have been arrested for violent attacks, she said, adding they will be tried in court. Maduro has blamed “fascist mobs” for the violence, accusing the opposition of fermenting a coup. He also said that he would not allow the opposition to go ahead with a planned protest march on Wednesday through the streets of Caracas.

“You are not going to the center of Caracas to fill it with death and blood,” he warned in a nationally televised statement while calling on his own supporters to take to the streets.

Protests erupted in parts of Caracas and other Venezuelan cities on Monday after Acting President Nicolas Maduro was declared winner of the election. As Maduro only held a narrow lead, the opposition rejected the results and demanded a vote recount. According to official figures, Maduro obtained 50.75 percent of the votes, while Henrique Capriles, the opposition candidate, garnered 48.97 percent.

Capriles, the opposition candidate of the right-wing coalition Democratic Unity Roundtable (MUD), has contested the results. Monday night during Maduro’s proclamation event, election chief Tibisay Lucena rejected Capriles’ accusations of electoral fraud, and urged him to register his complaint through the courts.

Previous Article
America First: How the Swastika Spread from Suburban New Jersey
Next Article
Radio Talk Show Host: ‘Homo Fascists’ will Soon Force Christians to Wear Symbols, as the Nazis did to Jews 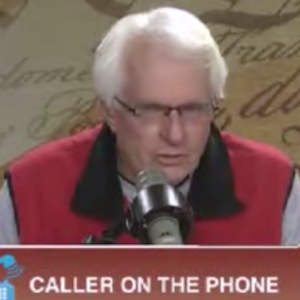 Radio Talk Show Host: ‘Homo Fascists’ will Soon Force Christians to Wear Symbols, as the Nazis did to Jews
May 07