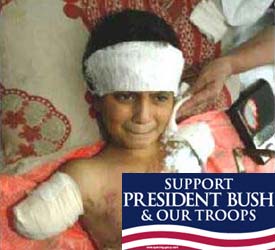 " ... The major concern of those targeting WikiLeaks and Private Manning is that the leaks of internal government documents provide evidence to justify war crimes prosecution of US government officials, past and present. To save their own skins, they want to criminalize the exposure of these atrocities, rather than the atrocities themselves. ... "

The drumbeat of calls for repression and violence against WikiLeaks and Private Bradley Manning is a major threat to democratic rights. All sections of the US political establishment, Democratic and Republican, liberal and conservative, are seeking to retaliate against those who are exposing atrocities by the US military in Afghanistan and Iraq, and intimidate all critics of these wars of aggression by American imperialism.

The most strident rhetoric has come from the ultra-right. Republican Congressman Mike Rogers of Michigan, a former FBI agent who sits on the House Intelligence Committee, told a local radio station Monday that he thought the death penalty would be appropriate punishment for Manning if he is convicted on charges of leaking classified military documents to WikiLeaks.

Pfc. Manning, who worked at an Army intelligence facility in Iraq, is now imprisoned at the Quantico, Virginia Marine Corps base, awaiting trial on charges that he supplied WikiLeaks with classified video of a US helicopter gunship mowing down Iraqi civilians in a Baghdad neighborhood in 2007. Pentagon officials have also named Manning a “person of interest” in the leak of 92,000 classified after-action reports dating from 2004 to 2010 on operations in Afghanistan, which document the killing of hundreds of Afghan civilians. ...

Right-wing media pundits have called for a direct assault by the US government on WikiLeaks. On Fox News Sunday, commentator Liz Cheney, daughter of the former vice-president, called on the Obama administration to shut down the Internet-based organization, presumably through the use of the Pentagon’s cyber warfare capability.

On Tuesday, in a column in the Washington Post, former Bush White House aide Marc A. Thiessen, now a weekly contributor to the newspaper, said the government should kidnap and imprison Julian Assange, co-founder of WikiLeaks. 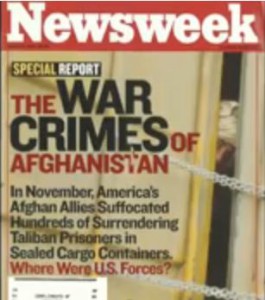 “WikiLeaks is not a news organization; it is a criminal enterprise,” Thiessen declared. “Its reason for existence is to obtain classified national security information and disseminate it as widely as possible—including to the United States’ enemies.” He argued that there is ample precedent for using the powers of “rendition” exercised by the CIA against those engaged in “material support for terrorism”

“Assange is a non-US citizen operating outside the territory of the United States,” he wrote. “This means the government has a wide range of options for dealing with him. It can employ not only law enforcement but also intelligence and military assets to bring Assange to justice and put his criminal syndicate out of business.”

Thiessen contended that if Iceland or Belgium refused to extradite him, “the United States can arrest Assange on their territory without their knowledge or approval.” Under existing US law, he claimed, “we do not need permission to apprehend Assange or his co-conspirators anywhere in the world.”

Liberal Democrats have chimed in with their own proposals to target Wikileaks. According to a report Wednesday in the New York Times, two Senate Democrats, Charles Schumer of New York and Diane Feinstein of California, are drafting an amendment to the “media shield” legislation now being considered in Congress “to make clear that the bill’s protections extend only to traditional news-gathering activities and not to web sites that serve as a conduit for the mass dissemination of secret documents.”

The bill was originally drafted in response to a series of cases in which reporters were jailed for refusing to disclose their sources to judges, prosecutors or plaintiffs in lawsuits. In order to avoid WikiLeaks taking advantage of such a shield law, Schumer and Feinstein want to specifically exclude whistleblower sites.

The Times quoted Paul J. Boyle, senior vice president for public policy at the Newspaper Association of America, the industry trade group, endorsing such a policy, which would reserve this type of First Amendment protection for “traditional news organizations subject to American law and having editorial controls and experience in news judgment.” In other words, such safeguards would be reserved to the corporate-controlled media, run by people loyal to the American ruling elite and the capitalist state.

The major concern of those targeting WikiLeaks and Private Manning is that the leaks of internal government documents provide evidence to justify war crimes prosecution of US government officials, past and present. To save their own skins, they want to criminalize the exposure of these atrocities, rather than the atrocities themselves.

The language being employed in media and official circles is dangerous and chilling. It makes clear that nine years of uninterrupted military aggression have provided the basis for major attacks on democratic rights in the United States and the preparation of more openly dictatorial forms of rule.

Launched on the basis of systematic lying, both about the 9/11 terrorist attacks and the supposed danger of “weapons of mass destruction,” these wars are criminal in every sense of the word. Millions have been killed, maimed or driven from their homes, and more than five thousand Americans have died to advance the interests of US imperialism in the oil rich Persian Gulf and Central Asia.

Officials of the Bush and Obama administrations are manifestly guilty of war crimes, ranging from launching aggressive war—the core charge against the Nazis in Nuremberg—to the systematic assassination of opponents in both Iraq and Afghanistan. This last practice, documented by WikiLeaks in the activities of Army Task Force 373 in Afghanistan, is a full-scale repetition of one of the principal horrors of the Vietnam War, the CIA’s Phoenix Program, which murdered 20,000 suspected supporters of the Vietnamese National Liberation Front.

After the Phoenix Program was exposed in the US media, including the publication of the Pentagon Papers, government-sponsored assassination became politically discredited and was officially outlawed—until the onset of the “war on terror.” Now such methods are being effectively legalized, as politicians of both parties, backed by their media apologists, boast of their right to “take out” opponents, using bombs, missiles or direct hand-to-hand violence.

WikiLeaks and Private Manning are being targeted because they have done what a cowardly and spineless media has refused to do—tell the truth about the crimes of American imperialism. Working people in the United States and around the world must demand the dropping of all threats and charges against WikiLeaks, an end to the government harassment and targeting of whistleblowers, and the immediate release of Private Bradley Manning.