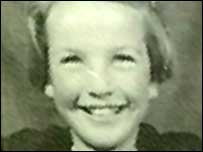 Photo: 11-year-old Moira Anderson was last seen boarding a bus in Coatbridge, near Glasgow, Scotland, in 1957. According to The Sunday Times (“Pressure on police to release paedophile dossier“), 23 April 2006, Strathclyde Police have a dossier listing members of a child-abuse ring. The dossier is said to implicate senior public figures, including senior police officers and members of the Crown Office and former Scottish Office.

A VICTIM of a paedophile ring linked to Margaret Thatcher’s Tories believes his two brothers were murdered for trying to  expose the truth.

Chris Johns, who begged the Queen to help protect him and his family after the first brother was killed, says he hopes one day there will be a new probe into their deaths. He was speaking as Labour MP Tom Watson – who spoke out against the same paedo ring in Parliament – said he too is afraid for his safety.

Chris is convinced his brothers were  silenced as they began to reveal the full extent of the paedophile network, which wrecked the lives of hundreds of young boys from the late 1960s onwards. Adrian, 32, died in an arson attack before he had chance to give a statement, while brother Leander, 34, was found dead in mysterious ­circumstances, below, during the trial of one of his abusers.

Just a handful of men involved in their abuse and that of scores of other children were ever convicted.

Chris himself says he had underage sex with a high court judge and was raped by a police officer who has never faced justice. Our investigations meanwhile suggest at least one Tory peer, a major showbiz star,  political figures including a Conservative MP and an agent to a world-famous singer could be implicated.

The ring allegedly spread well beyond North Wales, where the brothers were abused, into London and across Britain. Steven Messham, a victim of the same ring,  says he was raped “more than a dozen times” by a “leading politician from the Thatcher years”.

And last night Chris said: “I want ­recognition of how deep into society this thing goes. These people are utterly ruthless and have their dirty work done by third parties.”

The 59-year-old, along with his brothers, were all put into care as children. And that’s when they fell into the hands of evil paedophile John Allen, who ran children’s homes across North Wales.

In 1992 after years of abuse, Adrian, who had been at the Bryn Alyn home, tried to blackmail Allen by saying he was going to tell all unless he gave him money. According to Chris he had decided to lift the lid on the depravity. But on April 17, 1992, Adrian was killed in an arson attack, which Leander survived with awful burns after jumping to safety. In 1995 both Chris and Leander gave evidence against Allen during a trial.

And that’s when Chris wrote to the Queen. The letter, which Chris has given us ­ permission to publish, shows him begging Her Majesty for help. He wrote: “We were mentally, morally and physically abused as children (most of it will probably never come to light).”

And he added: “Having given our evidence Leander, myself and indeed the rest of my family in Wales are living in great fear of our lives.”

An aide to the Queen replied, saying his ­letter had been forwarded to the Lord ­Chancellor’s department and the Prince of Wales. But the only reply was from a representative of the Chancellor’s impersonally named ­“Customer Service Unit”.

Leander, known as Lea, died days later from an ­unexpected overdose, which Chris and his family have a­lways questioned. During the week between Lea’s evidence and his death, Allen had absconded from bail. His whereabouts were never properly ­explained. He claimed he had a breakdown and ­wandered lost in an Oxfordshire wood. But £16,500 was taken from his bank  accounts during that time.

Chris said: “Leander survived the fire and gave evidence at court but within two days he was dead.”

Allen was given six years for sex assaults on boys.

A LABOUR MP has asked David Cameron to ensure that the police investigate  evidence of a “powerful paedophile network linked to Parliament and Number  10”.

Tom Watson, the Birmingham MP who led the campaign for an inquiry into phone  hacking, told Cameron at Prime Minister’s Questions today:  “The evidence  file used to convict paedophile Peter Righton, if it still exists, contains  clear intelligence of a widespread paedophile ring.

“One of its members boasts of a link to a senior aide of a former prime  minister, who says he could smuggle indecent images of children from abroad.

“The leads were not followed up, but if the files still exist, I want to  ensure that the Metropolitan Police secure the evidence, re-examine it, and  investigate clear intelligence suggesting a powerful paedophile network linked  to Parliament and Number 10.”

Cameron, who had earlier told the Commons that the BBC has “serious questions  to answer” over allegations that Jimmy Savile abused children, told Watson he  would look into the claims, The Independent reports.

“You raise a very difficult and complex case,” said Cameron, “and I’m not  sure which former prime minister he is referring to, but what I would like to do  is to look very carefully in Hansard to the allegations you have made, the case  that you have raised and look very carefully – and to see what the Government  can do to give you the assurances you seek.”

Righton was convicted in 1992. The Guardian, and The Times’s David Aaronovitch, suggest  that the case Watson was referring to was the subject of an article in The Sunday Times at the weekend.

The article contained a claim by former Conservative minister Edwina Currie  that a fellow Tory MP, Sir Peter Morrison, had sex with 16-year-old boys when  the age of consent was 21. Morrison was Prime Minister Margaret Thatcher’s  parliamentary private secretary and deputy chairman of the party. He died in  1995 at the age of 51.

Currie said: “Was he doing anything illegal? Almost certainly. Would it be  illegal today? Hard to tell now the age of consent is down to 16.”

She noted that she had first raised the allegation in an autobiography in  2002. An extract from that book reads: “One appointment in the recent reshuffle  has attracted a lot of gossip and could be very dangerous: Peter Morrison has  become the PM’s PPS.

“Now he’s what they call ‘a noted pederast’, with a liking for young boys; he  admitted as much… when he became deputy chairman of the party but added,  ‘However, I’m very discreet’ — and he must be!

“She [Thatcher] either knows and is taking a chance, or doesn’t; either way,  it’s a really dumb move.

“It scares me, as all the press know, and as we get closer to the election  someone is going to make trouble very close to her indeed.” · 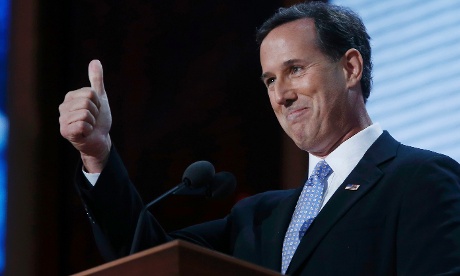