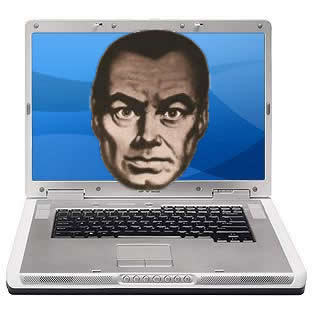 The database would have tracked 2.7bn personal emails sent a month from non-work accounts

Plans to store information about every phone call, email and internet visit in the United Kingdom have in effect been abandoned by the Government.

The Home Office confirmed the "Big Brother" scheme had been delayed until after the election amid protests that it would be intrusive and open to abuse. Although ministers publicly insisted yesterday that they remained committed to the scheme, they have decided not to include the contentious measure in next week's Queen's Speech, the Government's final legislative programme before the election.

The effect of this move could be to kill off the plans for years. The Conservatives have not ruled out reviving the idea but remain sceptical about the practicality of Labour's proposals.

A Whitehall source told The Independent last night that the project, estimated to cost up to £2bn over 10 years, was "in the very long grass". Civil rights campaigners welcomed the move but warned that ministers were already responsible for introducing a range of databases and surveillance measures that breached basic liberties.

The data retention proposals have been championed by the intelligence agencies and police as a vital tool for tracking terror plots and international crime syndicates. Under the plans, communications companies would keep a record of phone numbers rung, addresses to which emails are sent, details of internet sites visited and the use of social networking sites such as Facebook – and would be required to surrender details to police when asked. They would not hold records of phone conversations or the contents of emails.

The planned Communications Data Bill, which would have created a giant database of this information, was dropped from last year's Queen's Speech in the face of public hostility.

Jacqui Smith, the former Home Secretary, permanently abandoned the database scheme six months ago, preferring the information to be held in different places by private companies instead, and commissioned a consultation exercise to gauge levels of backing for holding more details about telephone and internet activity.

The results, published yesterday, showed lukewarm support for the moves. Only 26 per cent of respondents said they believed the Government's safeguards against abuse of the records to be adequate, while 50 per cent said they were not. Communication companies also raised concerns over whether the proposals would be technically feasible or impose unreasonable burdens on industry.

But the Association of Chief Police Officers said: "If the Government does not maintain the capability or capacity for the police to determine ... who has communicated with whom and when, the police service will face a fundamental breakdown in our ability to function in the communications age."

Civil liberties groups welcomed the shelving of the plan, but said basic freedoms remain under attack on a variety of fronts. Among the most controversial is the ID card scheme which has already been trialled at some airports. The scheme is set to be rolled out nationally by the end of the year, beginning in Manchester. Ministers now say that it will be voluntary.

Earlier this year the Government clashed with the European Court of Human Rights over its determination to allow the police to keep DNA records of innocent people. The Home Secretary, Alan Johnson, is expected to announce proposals tomorrow which will balance the court's criticisms with the need to protect Britain's crime-fighting capacity.

Chris Grayling, the shadow Home Secretary, said an incoming Conservative government would examine the data retention plans "from first principles". He said: "Of course we need to take sensible measures to protect ourselves against terrorism and organised crime given advances in modern technology. It's also absolutely essential that any new scheme is not used for any other information gathering purpose. We need proper safeguards to ensure it is not misused."

Chris Huhne, the Liberal Democrat home affairs spokesman, said: "It is no surprise these plans are being shelved until after the election. It allows ministers to continue to be vague about costs and safeguards."

The database: What it would have tracked

111bn Minutes of calls made from UK mobile phones in 2008