Tragedy of the 9/11 Widow … GenocideGate Ties … Northrop Grumman and the Buffalo Crash … and a PRIOR, Related Airplane Crash 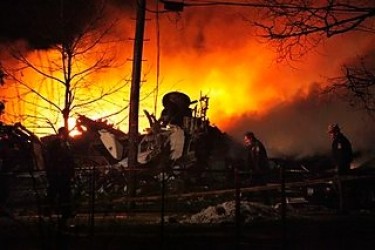 If You want CIA Reform - Stay off Airplanes

"After urging Congress to form an investigative commission, [Beverly] Eckert ... is now championing intelligence reform legislation that stalled in the House after key Republicans wanted more provisions: no driver's licenses for illegal immigrants, to name one."
http://www.usnews.com/usnews/news/articles...3eckert.peo.htm

"I watched the news tonight. They are missing the obvious question which was never brought up. What happened to communication at the 5 mile marker? No mention at all of it as if the ice was the whole story. I find any relevant information about that being withheld as suspicious because I've seen this pattern before in other crashes. ... "
http://pilotsfor911truth.org/forum/index.php?showtopic=16320

Northrop Grumman refuses to release names of employees who died in the crash: "At this time, names of the four employees are being withheld by the corporation out of respect for their families’ privacy." Indefinitely. Reporters managed to identify three of the NG Amherst Systems passengers (see below). Colgan Air released a manifest on the Internet, but it has since vanished without explanation ...
http://www.northropgrumman.com/media/021609-four-employees-lost-in-airliner-tragedy.html

On February 20, the headlines claimed, "Flight 3407 Complete Victims List Released" - and still a mystery Northrop employee was excluded without explanation. I count three NG employees (?). Where is the fourth?
http://www.1010wins.com/Flight-3407-Complete-Victims-List-Released/3890070 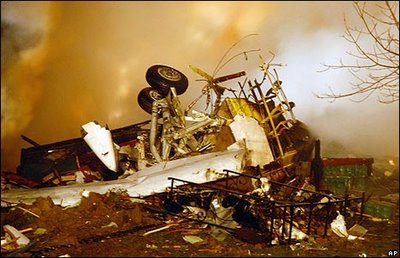 NY State Police Conduct Illegal Search for Video of Flight 3407 Crash, Illegally Confiscate the Camera and Delete Sections of Tape
•••
Alison Des Forges, Human Rights Watch, was also on board: "She made herself very unpopular with the Rwandan government by insisting that they be held responsible for the crimes they committed before the genocide."
http://www.google.com/hostednews/ap/article/ALeqM5h0vc7yecGw0qFv7pFD3pK7T22YtAD96B0IM00

Search "KBR and Rwanda genocide," investigate thoroughly, and you're well on your way to confirming that this crash is suspect. One passenger, Gerry Niewood, was a musician who backed Frank Sinatra and worked on A Bronx Tale ... interesting, possibly even provocative given the CIA-Mafia connections to both, but the most pertinent lead is ...

Four more passengers lost in the crash were from Northrop Grumman:

"Jerome Krasuski, 53, was returning home to Cheektowaga with three other colleagues from Northrop Grumman from a one-day business trip. The former North Tonawanda resident worked as a program manager for the Williamsville defense contractor for more than 20 years. Krasuski's three Northrop Grumman colleagues also died in the crash."
http://www.buffalonews.com/home/story/578574.html

"Sources at Northrop Grumman Amherst Systems, a defense contractor on Wehrle Drive in Williamsville, have confirmed four of its employees were aboard the Continental Connection flight No. 3407 that crashed in Clarence last night. ... Names of the four victims have not yet been released."
http://www.buffalonews.com/home/story/577959.html

VERY COINCIDENTAL: Just a few months prior, their BOSS at Northrop Grumman Amherst Systems died in a nearly identical crash ... 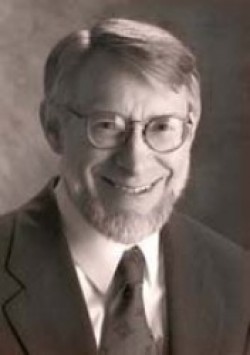 Donald A. Hess died in November - ONLY the FOUNDER of Northrop Grumman's Amherst Systems - the SAME company that employed the four dead executives in Thursday's crash, and a local conservative leader:

Nov 15, 2008 (The Buffalo News - McClatchy-Tribune Information Services via COMTEX) -- The chairman of the Hauptman-Woodward Medical Research Institute in Buffalo, Donald A. Hess, and his wife, Victoria, died Thursday evening when their small plane crashed in Tallahassee, Fla. ... Hess, 64, graduated from the Massachusetts Institute of Technology with a degree in electrical engineering. In 1975, he founded Amherst Systems with partner Chuck Dowdell. ... " MORE

The Hess crash was nearly identical to Flight 3407 disaster

" ... The plane struck a house two miles from the runway at Tallahassee Regional Airport at 7:17 p.m., said the National Transportation Safety Board. Three people on the ground were injured, and residents in 10 homes were evacuated after the crash. Witnesses told Tallahassee police they heard what sounded like a plane having engine trouble just before the crash, according to Tallahassee media reports. The plane, a Cirrus SR-22, appeared to have struck power lines before crashing into two vehicles in the driveway of a home. ... "
http://www.tradingmarkets.com/.site/news/Stock%20News/2026771/

(Incidentally or not, Northrop Gruman is also central to Rwandan genocide.)

Also see: "Other Passengers of Note on Flight 3407" 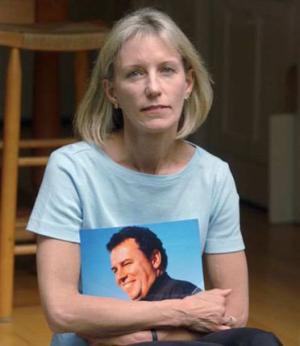 Beverly Eckert became a national heroine as leader of the 9/11 relatives. Yesterday it emerged she died in the Buffalo plane crash

Even as Beverly Eckert boarded Flight 3407 from Newark to Buffalo, she knew she still had not shed the burden that came with the death of her husband on 11 September 2001.

The weekend was to be one more spent honouring his memory; days before, she had met Barack Obama at the White House as a 9/11 widow. Now Ms Eckert herself, who was 50, is gone, like her husband, consumed by horrifying fire. The plane, a Dash 8 flying under the livery of Continental Connection, dropped from the clouds amid icy conditions just seven miles short of Buffalo airport, killing all 49 people on board and one on the ground.

There is equality in death – every life on board was as precious as the other. But the loss of Ms Eckert, who emerged after 9/11 as a leader among relatives and friends of victims demanding action and explanations from Washington, added awful poignancy to a day of national tragedy, even for Mr Obama.

"Tragic events such as these remind us of the fragility of life and the value of every single day," Mr Obama said in televised remarks. "One person who understood that well was Beverly Eckert, who was on that flight and who I met with just a few days ago. You see, Beverly lost her husband on 9/11 and became a tireless advocate for those families whose lives were forever changed on that September day."

It was in late 2004 that Ms Eckert vowed at last to try to leave behind the pain of losing her husband, Sean Rooney, and rediscover the old groove of ordinary life at home in Stamford, Connecticut, about 40 miles from New York. After all, just about every moment until then had been dedicated to toiling for what she thought was the right thing – for the country, for herself and, above all, for Sean.

Tears would always flow when she was asked of the precise circumstances of her husband's death on that clear blue morning almost eight years ago. Mr Rooney was an employee of Aon, a risk assessment company in the insurance business, and worked on the 98th floor of the south tower of the World Trade Centre. He had been Beverly's high school sweetheart.

For reasons she could never really know, he telephoned that morning simply to remind her that he loved her. Ms Eckert then heard a loud explosion precisely at the moment that the jet airliner commandeered by al-Qa'ida terrorists ploughed into the glass and steel heights of the building. The line went dead and the two were never to speak to one another again.

Among friends and colleagues grieving for Beverly yesterday was Carol Ashley, whose daughter died in the Twin Towers. The circumstances of her death made it even worse, Ms Ashley offered. "The fact that it was a plane crash, it was fire, it was reminiscent of 9/11 that way, that's just very difficult," she said.

Ms Eckert was the co-chairperson of Voices of September 11, a group of spouses, children and friends of 9/11 victims which had formed to make sure such an attack on America could not happen again – and hold a dysfunctional American government, at least as far as intelligence gathering went, to account.

With other members of the group, Ms Eckert made repeated trips to Washington to lobby Congress first to establish an investigating commission into the intelligence failures that contributed to the 9/11 attacks and then to translate its main findings into legislation to reform intelligence gathering.

It was a hard and very long slog, but both things happened.

She was fond of recalling how, one day, she was travelling back to Connecticut late in the evening only to find that the last train to Stamford had left already. She and a friend slept on the floor of Grand Central Terminal. "We had no place else to go," she would remark some time later. "That's when you look at yourself and say, 'What am I doing? How can we possibly get this done?'"

But get it done she did and Ms Eckert remained well known as one of the widows who spurred a reluctant Washington into action. "I did all of this for Sean's memory, I did it for him," she once explained. "I just wanted Sean to come home from work. Maybe now, someone else's Sean will get to come home."

It was no surprise, therefore, that when Mr Obama invited a group of relatives of victims of the 9/11 attacks and the bombing of the USS Cole to the White House a little more than a week ago to discuss his ideas for combating terrorism, the name Beverly Eckert would be among them.

Like the trip to Washington, the visit to Buffalo was a testament to the difficulties Ms Eckert faced in trying to let go of the pain she had been enduring. The duties to her husband never really ended. She was flying north first to help celebrate what would have been Sean's 58th birthday with friends and second to present a scholarship in her husband's name at a Buffalo high school.