The US vs. Dashell Hammett

Culture and Life
by Rob Gowland

The other day I borrowed a book from our local library, for “browsing” in bed. The book was a relatively new (2005), large-format paperback by Richard Layman titled Discovering the Maltese Falcon and Sam Spade. 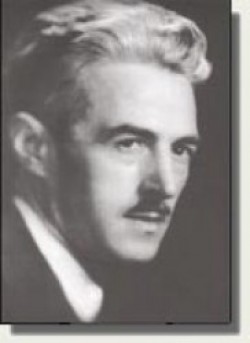 The lavishly illustrated book shows the evolution of Dashiell Hammett’s famous gumshoe novel The Maltese Falcon from its origins in Hammett’s own detective career through his creation of the novel to its adaptations in movies, on stage and on radio.

Why should a hard-boiled detective novel, with its seedy and/or sleazy characters, its betrayals and double crosses, its glib attitude to life and death, be of interest to us? Well, for starters, there is its cultural status.

The Maltese Falcon is often named as one of the 20th century’s best American novels, a classic example of the private-eye genre. Hammett wrote it with an insider’s knowledge of the private detective business, having been a Pinkerton’s operative from 1915 when he turned twenty-one to 1922 when he quit to devote himself to writing.

Pinkerton’s National Detective Service was a highly regarded “free-enterprise” response to the USA’s need for a national detective organisation. While it would undertake assignments investigating suspected marital infidelity or spying on retail staff suspected by management of shoplifting, its “big ticket” jobs were for industrialists: breaking strikes, beating up picket lines, spying on unions.

Hammett’s time as a “Pinkerton” (interrupted by a stint in the US Army in WW1) seems however to have been spent as a “private dick” rather than as a company thug. As his writing, first in the form of short stories then later as novels, became more successful, Hammett in 1930 found himself in Hollywood, negotiating a contract as a screenwriter.

At a party that year given by Warner Bros executive Darryl F Zanuck, Hammett met fellow writer Lillian Hellman. They left the party together and began what Layman coyly calls “a lifelong relationship comparable to marriage”.

The USA in the 1930s was a mecca for artists from all over the USA and a refuge for artists from Europe fleeing the rise of fascism and the ominous rumblings of a coming war. Hammett and Hellman became prominent members of the progressive, anti-fascist section of the Hollywood community, along with people like the actors Franchot Tone, Gale Sondergaard and Walter Huston, screenwiters John Howard Lawson, Albert Maltz, Alvah Bessie, directors Herbert J Biberman and Edward Dmytryk, and many more.

However, despite the presence of numerous communists in Hollywood, the content of the studios’ film production was never in “danger” of being subverted, as would be later claimed in the McCarthyist 1950s. The studio moguls were too conscious of their own class interests for that. 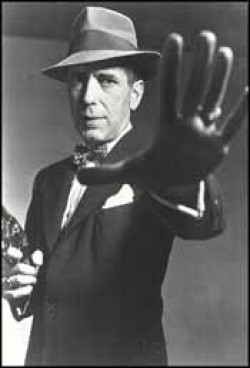 Walter Huston’s son John, a screenwriter, got his chance to direct in 1941 with the third film version of Hammett’s The Maltese Falcon. Today it is acknowledged as one of the finest examples of film noir, a model for other directors.

It confirmed Humphrey Bogart as a major Hollywood star. In 1998, it was selected by the prestigious American Film Institute as one of the “100 Greatest American Movies” of all time.

In 1942, Dashiell Hammett once again joined the US Army, as a private. Most of his duty was served in Alaska. He was discharged in 1945 as a sergeant.

The following year he was elected President of the Civil Rights Congress of New York. As the US and British governments launched the Cold War and tried to break down the high regard in which the USSR was held because of its stunning resistance and then victories against the Nazis, the Civil Rights Congress would be one of the many progressive and democratic organisations to be labeled “communist front organisations”.

Hammett made no secret of his political beliefs, and during his decade or so as President of the CRC he actively worked in support of the Communist Party and the progressive causes it took up.

And it was a turbulent decade for the CRC and Hammett. Using the Smith Act, originally passed to stop Nazi propaganda and espionage in the USA, the US government from 1947 on endeavoured to smear and if possible ban the Communist Party as a vast underground Soviet spy net work.

At the beginning of the ’fifties, the entire leadership of the Communist Party was arrested and jailed and many others were in danger of arrest under the Smith Act. The CRC handled the funds raised from many sources to provide bail for the defendants (at one point the CRC bail fund held some three quarters of a million dollars).

The Trustees of the CRC’s bail fund included Hammett and fellow Communist writer Howard Fast. They were dragged into court and quizzed as to who had provided the CRC with the bail money.

They refused to tell and were sentenced to six months jail for contempt. Popular radio serials based on Hammett’s books, including The Maltese Falcon, were immediately cancelled. As well, his books were withdrawn from publication in the USA.

When he was released from prison the US government through the Internal Revenue Service, attached his income and the copyright on his books and stories for payment of “back taxes and penalties”. He was broke and unpublishable.

He died in 1961. Two years later Lillian Hellman bought back the copyrights to his works at an IRS auction for US$5,000.

In 1998, the Editorial Board of The Modern Library named The Maltese Falcon as one of the 100 best novels in English of the 20th century.

In 2005, the US Senate approved a resolution commemorating the 75th anniversary of The Maltese Falcon ...