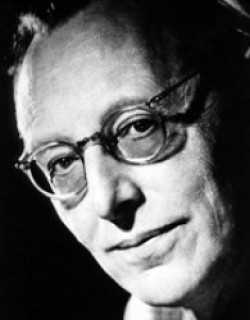 Any discussion of Carmina Burana heads inexorably towards the question of Carl Orff’s ties to the Third Reich. With that question comes the impression that the gigantic cantata has on its listeners: is it a hedonistic outpouring, or a manifestation of fascism?

The images brought up by a piece of music typically resist any attempt at logical resolution. We see what we see, hear what we hear, or feel what we feel. I typically react to Carmina Burana with discomfort; the jackboots stomp just a bit too closely. Others hear nothing of the sort in the music, and may well deride my visions of swastikas and goose-stepping automatons as a cinematic layering induced by unjustified association or an overactive imagination.

Carl Orff turned himself inside out after 1945 to disassociate himself from the Third Reich, going to far as to lie outright about his supposed involvement with the “White Rose” resistance group led by Kurt Huber. He knew Huber, true, but had nothing to do with the White Rose. His desperation to brand himself as an anti-Nazi was born out of fear of Allied justice, and not any yearning for truth. Orff was no heroic resistance fighter. He made every attempt to paper over the clear and evident marks of his compliance with Nazi officials and the many perks he enjoyed as a favored composer of the Reich.

Whether or not his intentions were explicitly fascist (probably not), Orff emerged from the defeat of the Third Reich as one seriously compromised fellow. His original classification by the occupying authority placed him well within the category of suspicious characters, and only a certain amount of maneuvering and manipulation of a sympathetic American officer (Newell Jenkens) cleared him sufficiently for his career to resume.

No evidence survives that establishes any hint of Orff being a member of the Nazi party, but his compliance with the Nazis is all but irrefutable.

Undoubtedly Orff’s acceptance of a 1938 commission to compose music for A Midsummer Night’s Dream -- replacing Mendelssohn’s banned score -- forever, and rightly, stains his posthumous reputation. The critic Alex Ross typically supports 20th century composers, but he gave no quarter in his 1995 article for the New York Times, condemning Orff’s decision to write replacement-Mendelssohn as “one of the shabbiest acts in musical history.” Orff’s thinking might have been aesthetic rather than political, but even the most unobservant and apolitical of musicians should have recognized the heinousness of the anti-Semitism rife in the situation.

Nor can we consider Carmina Burana free from the taint of Nazism; whatever its author’s original intentions (difficult to determine after his post-war obfuscations), no amount of whitewashing will cover the cantata’s having become a cultural display piece for the Third Reich. Orff had little or nothing to do with the work’s Nazi-fication, but the cultural ministry did not bestow its blessings on works by composers considered even remotely unsympathetic to the aims of the Reich.

The Carl Orff who emerges from Michael H. Kater’s Composers of the Nazi Era impresses me as an operator, a manipulator, a slick charmer with little regard for any considerations other than his own selfish interests. Facile excuses to the effect that “most composers are like that” fail to move me in regards to Orff’s near-monstrous vanity. The man comes across as someone who would have played along with anything, provided he could have benefitted personally from the experience.

For that reason I incline towards viewing Carl Orff as a composer of deeply flawed character and of equally dubious moral standing, not quite at the depth of a Richard Wagner but far, far below the sunshine level of relatively ethical creators such as Mendelssohn, Brahms, or Haydn -- allowing each his own personal, human flaws, naturally. I expect no saints amongst artists, but downright immoral bastards are another matter altogether.

When all is said and done, Orff lives on via two venues: the music education system he pioneered and which continues to chug along throughout the world, and his blockbuster 1937 hit Carmina Burana. The rest of his output has shown little traction in the concert or opera world, even Catulli Carmina, which at least partakes of the same Cinerama-spectacle world of its famous predecessor.

And Orff’s incidental music to A Midsummer Night’s Dream remains consigned to oblivion, let us hope forever.
-----
Members of the San Francisco Symphony, together with A Cast of Thousands, perform Carmina Burana in an arrangement for two pianos and percussion (with chorus and soloists) this Sunday, April 19, at 7:00 PM in Davies Symphony Hall.